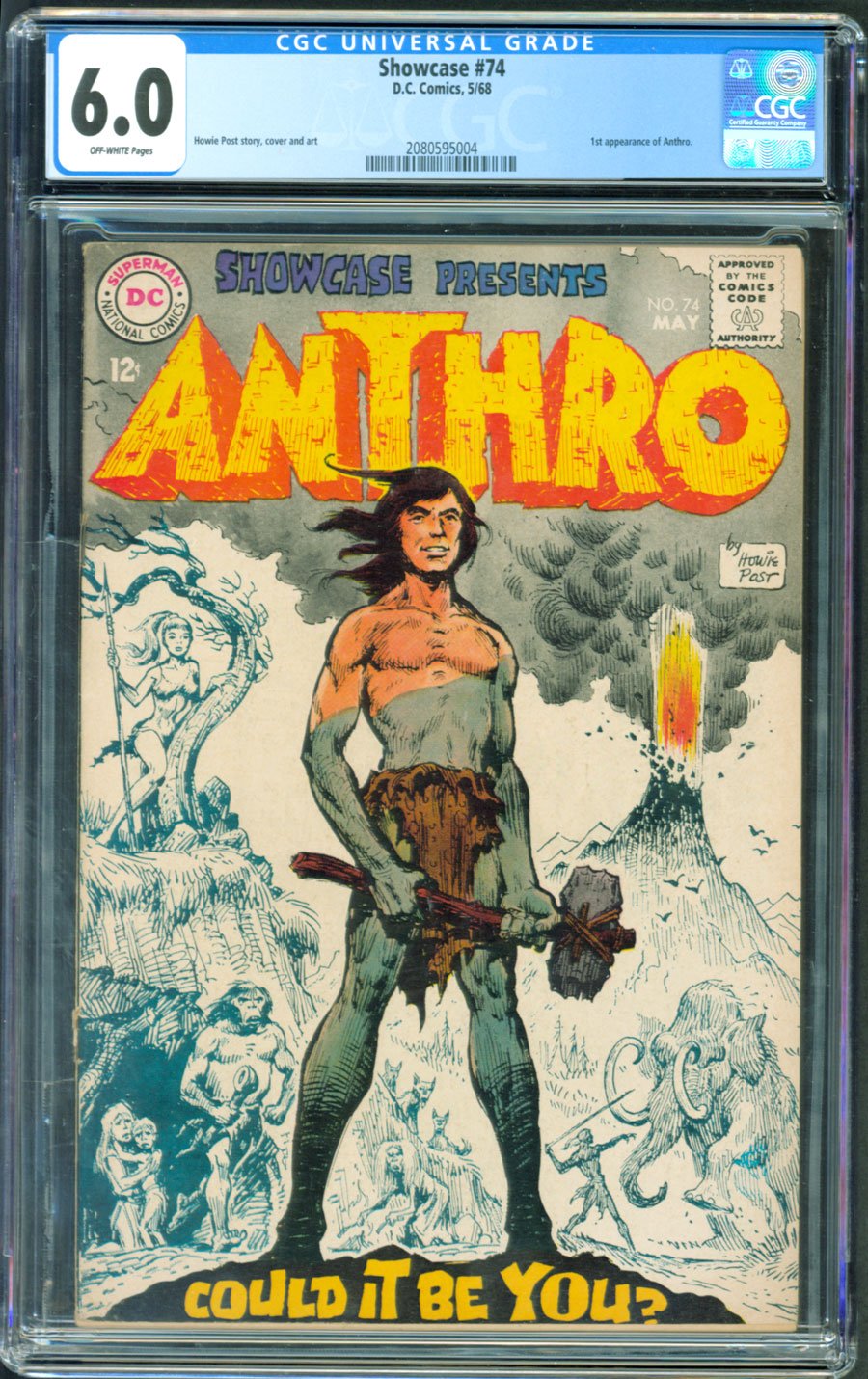 Watch
ow pgs
Howie Post story/cover/art; 1st app. Anthro
DC Premiere CollectionCover by Howie Post. 1st appearance of Anthro in "It Could Be You!", script and art by Howie Post; Prehistoric teenager Anthro watches a beautiful woman swimming from behind a tree, when he is hit in the head by his father Ne-Ahn; Ne-Ahn, the neanderthal, reminds Anthro that their job is to hunt, not watch the "rounded beasts;" especially because she may be from a tribe that eats human flesh; Anthro, chastised, follows his father on the hunt; The two spearfish, as Ne-Ahn tells his son he has seen signs of the greatest prey: the serpent nose. Legion of Super-Heroes ad. A (satirical) biography of Howie Post and how he started Anthro.