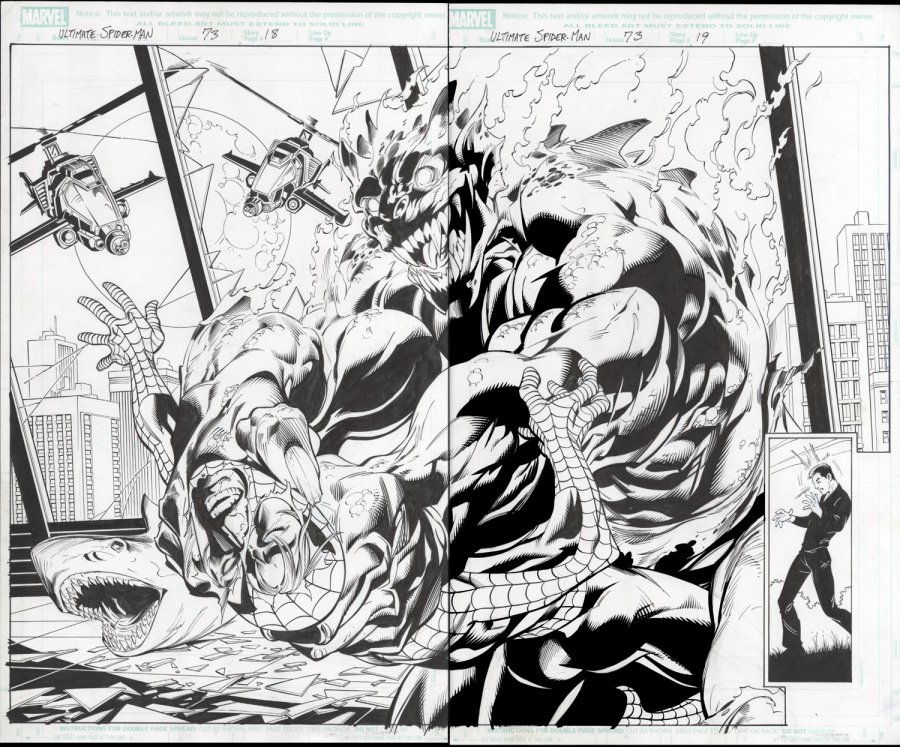 Watch
Mark Bagley pencils/Scott Hanna inks; pages 18-19; 2005; 22" x 17"Peter caught in the clutches of The Hobgoblin in this stunning double page splash by Bagley, also there's a Shark . From his and Brian Michael Bendis' epic run on Ultimate Spidey. Pen and ink. Art is in excellent condition. Signed by Bagley on the reverse.
Artists Information