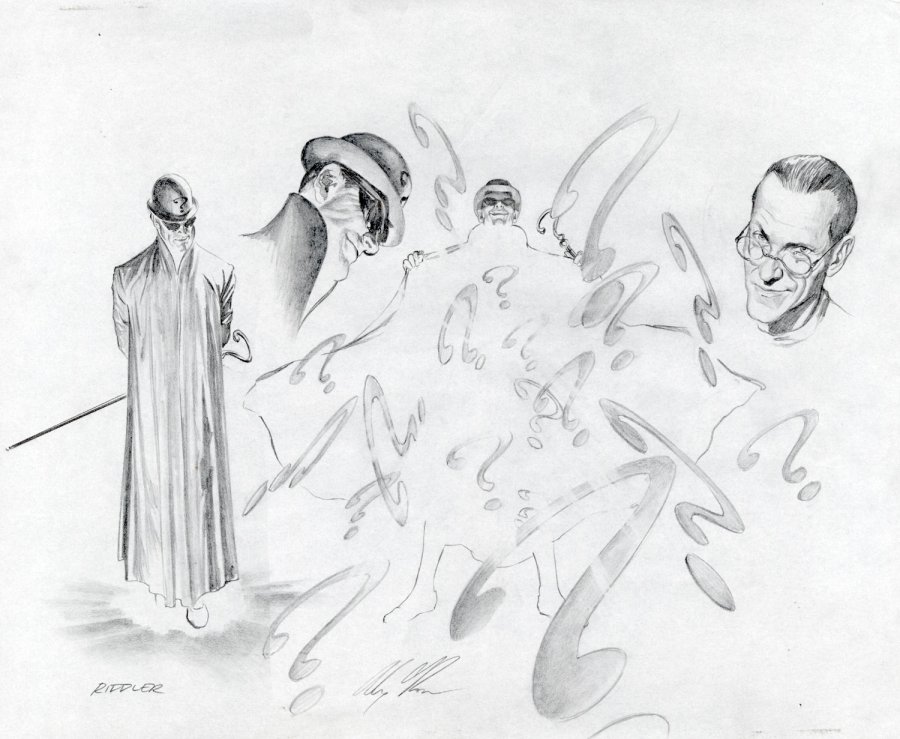 Watch
Alex Ross pencils; Riddler character study; undated; image size 16" x 12"Riddle me this... When is a drawing also a riddle? When it's an Alex Ross character study featuring the Master of Criminal Conundrums himself, the Riddler. Ross gives us an older, slightly wizened foe, that absolutely has more than a curious riddle up his sleeve. Ross embodies E. Nigma's charisma masterfully, showing him as a more brooding, cocksure villain, cloaked in goggles with his iconic derby. This piece is sure to raise a few eyebrows and bids. Pencil on paper. Art is in excellent condition. Signed by Ross.
Artist Information