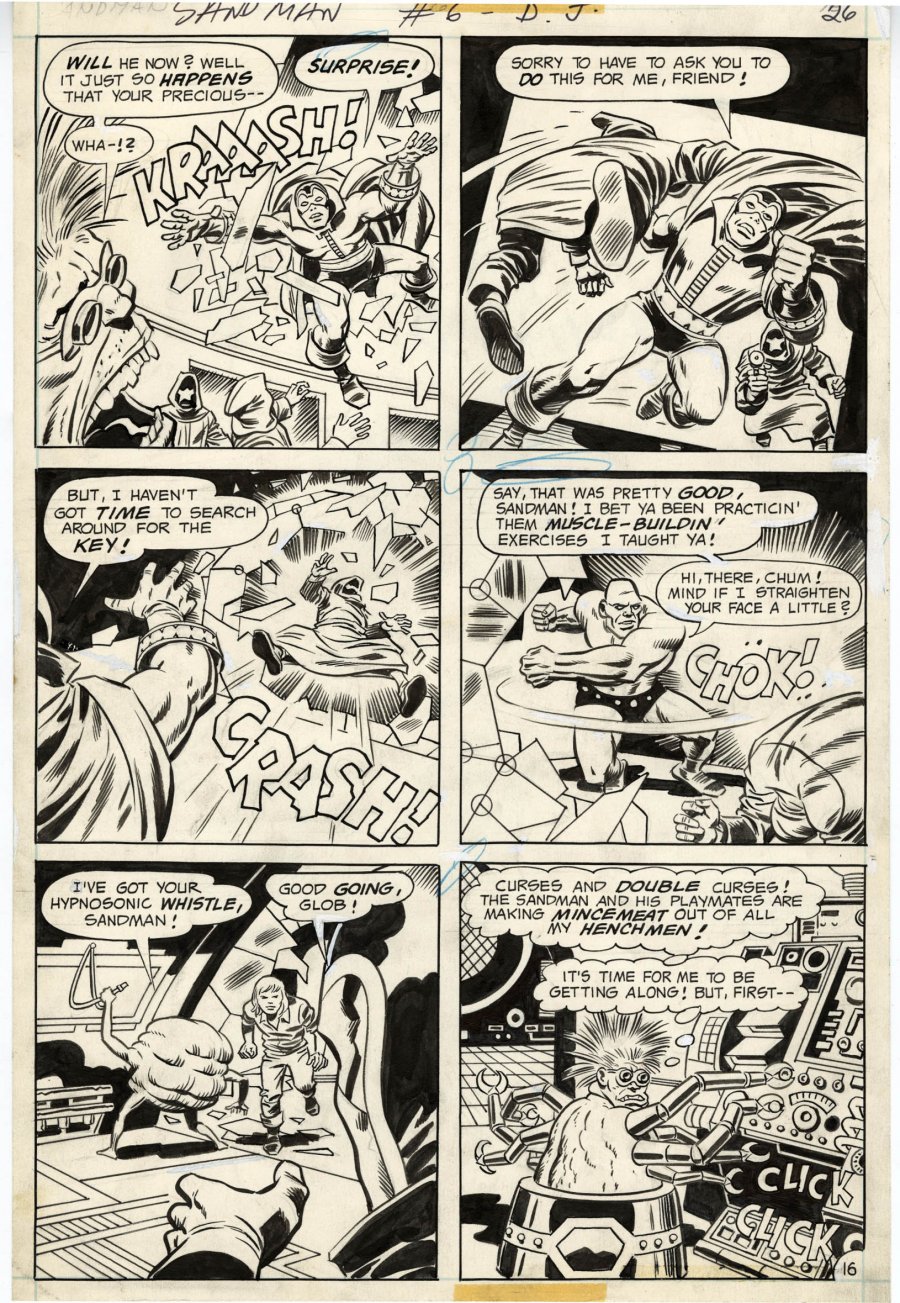 Watch
Jack Kirby pencils/Wally Wood inks; page 16; 1975; image size 10" x 15"Great page from Kirby and Joe Simon's 1970's relaunch of their own Golden Age Sandman. Making this page even more special is that it's inked by the legendary Wally Wood, a reunion of sorts since their work together in the 50's on Challengers of the Unknown and the Sky Masters comic strip. Sandman in action throughout, battling Doctor Spider alongside Brute, Glob and Jed. Pen and ink. Art is in excellent condition.
Artists Information