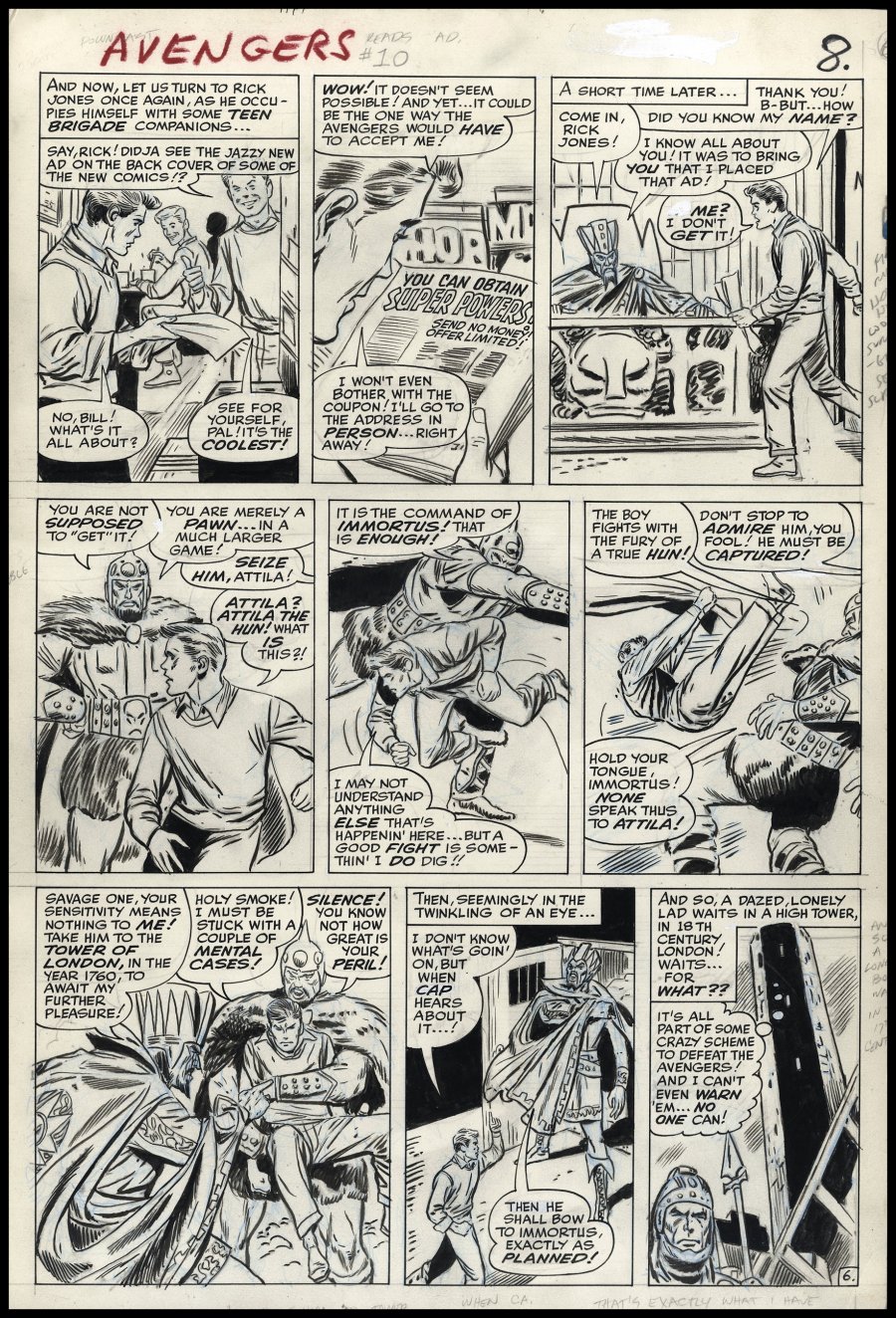 Watch
Don Heck pencils/Dick Ayers inks; page 6; 1964; image size 12.75" x 18.5"
1st app. ImmortusGreat twice-up page from Avengers #10, featuring Rick Jones, Immortus (in his first appearance!), and Attila the Hun from the story titled 'The Avengers Break Up!'. This is a beautiful page, from very early in the Avengers run. Featuring the first appearance of a major villain in Immortus, who uses Attila the Hun to get the jump on Rick Jones. Wonderful early Marvel Silver Age artwork from the team of Heck and Ayers. Pen and ink. Art is in excellent condition.
Artists Information