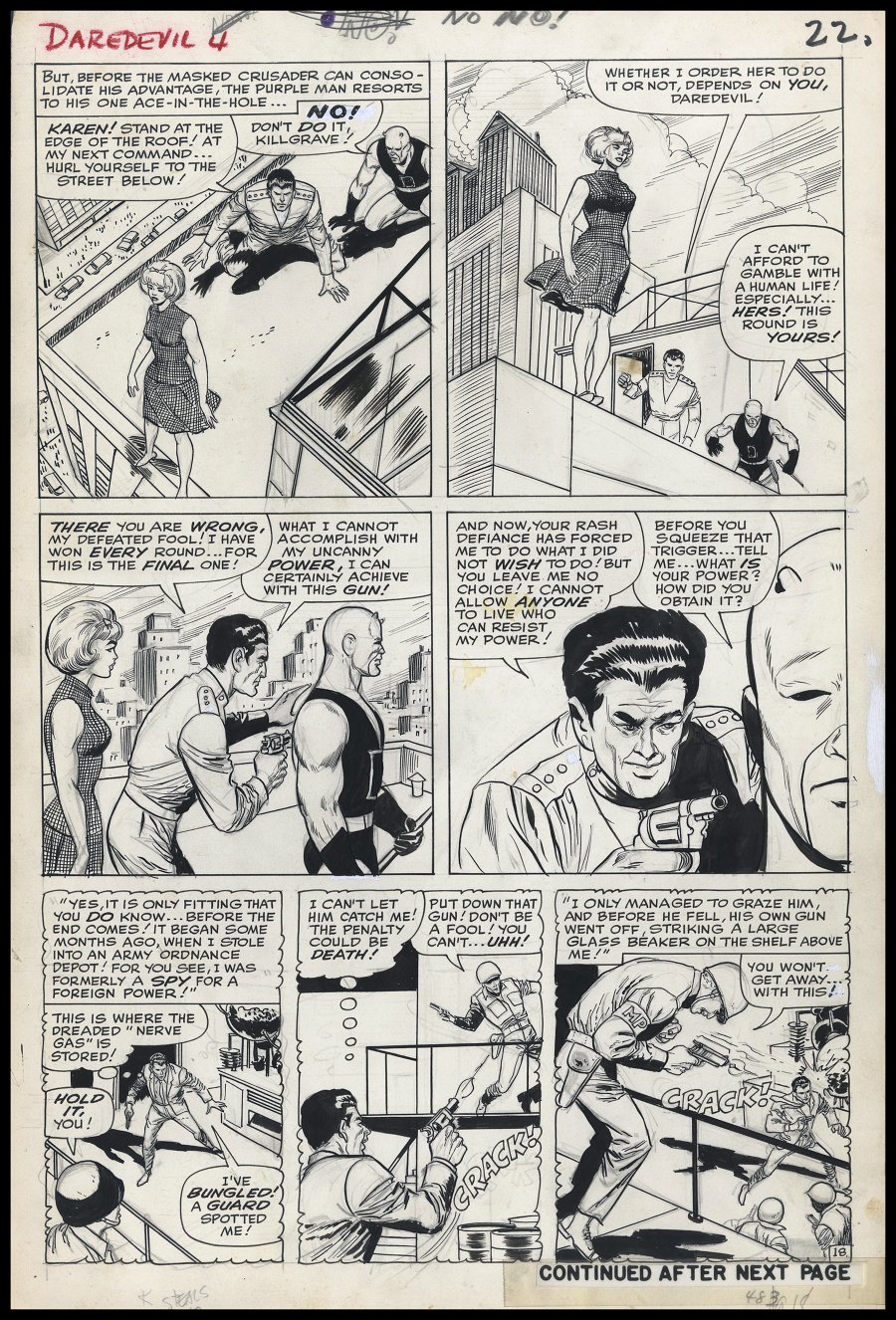 Watch
Joe Orlando pencils/Vince Colletta inks; page 18; 1964; image size 12.75" x 18.5"
1st app. the Purple ManGreat twice-up page from Daredevil #4 by Orlando and Colletta, featuring Daredevil, Karen Page and, in his 1st appearance, Zebediah Killgrave, the Purple Man. This is an excellent page showing the Purple Man using his powers on Matt Murdock, still in his original yellow and black outfit, and Karen, segueing into the beginning of his origin. The Purple Man would be resurrected into a major villain by Brian Michael Bendis in his series Alias, which was the basis for Marvel's Netflix series Jessica Jones, where Killgrave was portrayed by former Dr. Who David Tennant, and is regarded as one of the high points of Marvel's TV output to date.


Early Daredevil pages are exceptionally hard to find, especially those by Orlando who only worked on the title for three issues, this being the last of them. These pages just do not become available often, making this a rare opportunity. Be sure not to miss out. Pen and ink. Art is in excellent condition.