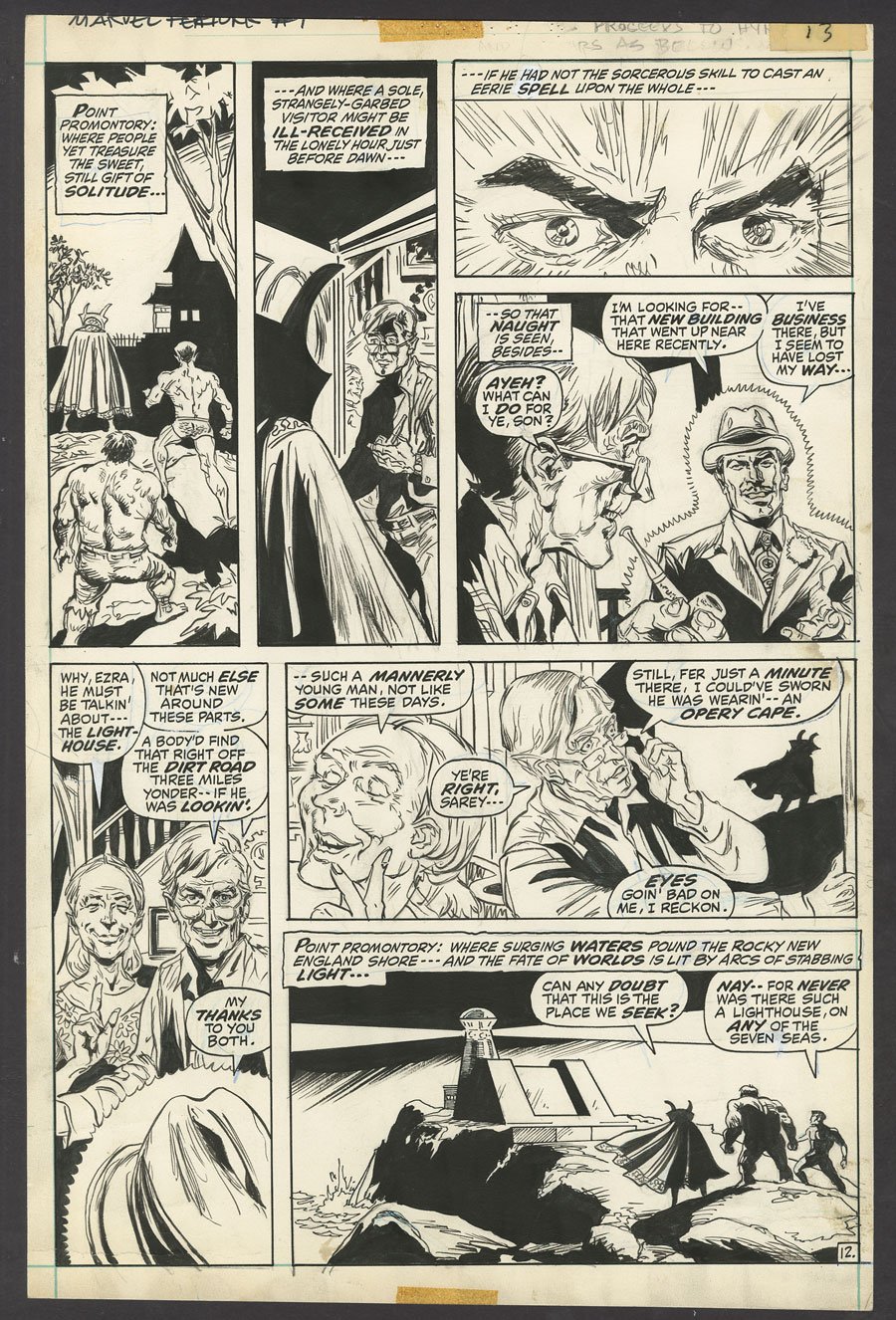 Watch
Ross Andru pencils/Bill Everett inks; page 13; 1971; image size 10" x 15"
1st app. The DefendersGreat page from the debut of The Defenders, featuring team up of The Hulk, Dr. Strange and Namor, the Sub-Mariner. This page presents all three of our lovable leads, including the piercing eyes of Dr. Strange as he assumes the persona of a traveling businessman. Due to the demise of Dr. Strange's own title his story continued through Sub-Mariner #22 and Incredible Hulk #126 before landing in Marvel Feature with the introduction of a new team, The Defenders. The pairing of Andru and Everett provides an appropriate tone for this story helping to set the stage for the darker side of Marvel's 1970's Bronze Age. Pen and ink. Art is in excellent condition.
Artists Information