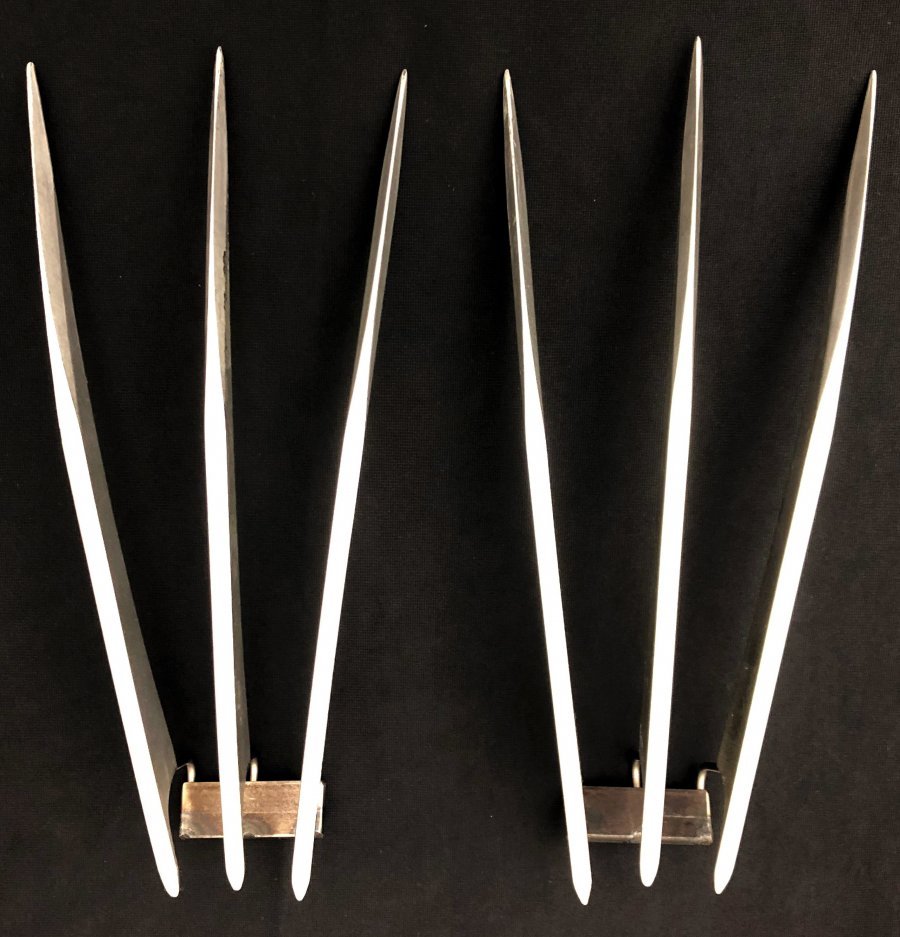 Auction Starts In
$1
Starting Bid
--
Bids
NEXT MIN. BID: $1
Bid Confirmation
You are about to submit a bid of . If you win this auction, you are legally obligated to purchase the book. Are you sure you want to continue?
Don't Show Again (except when higher than min. bid)
(No Reserve)
PUBLISHER: Production Used Movie Prop
COMMENTS: A 15% BUYER'S PREMIUM WILL BE ADDED TO THIS ITEM AT CONCLUSION OF THE AUCTION
Wolverine’s claws used by Hugh Jackman in X-Men (20th Century Fox, 2000)
Read Description ▼
Sell One Of These Inquire About This

Watch
A 15% BUYER'S PREMIUM WILL BE ADDED TO THIS ITEM AT CONCLUSION OF THE AUCTION
Wolverine’s claws used by Hugh Jackman in X-Men (20th Century Fox, 2000)Wolverine’s claws used by Hugh Jackman in X-Men. Forged of adamantium and virtually indestructible, Wolverine’s retractable claws are the iconic weapons of one of the most popular characters in the Marvel Universe. Made of hard resin and painted to appear as a steel-like alloy, the eleven-inch claws are wielded with a unique metal handle allowing them to look like an extension of the body. In addition to a certificate of authenticity, these claws also include a letter of authenticity from James Gawley, the maker of Wolverine’s claws for the first three X-Men movies. Information on the LOA includes the exact scene in which the claws were used, unique markings, and confirmation that they were worn by Hugh Jackman. While showing scratches and marks on the blades from use during filming, the claws remain in excellent production-used condition.


Includes a certificate of authenticity.


Hugh Jackman portrayed Wolverine on screen for 17 years, from "X-Men" in 2000 to "Logan" in 2017, for a total of 9 films. Wolverine's trademark claws played a part, both big and small, in each of them. These claws, representing the most identifiable feature of the character, were created for, and used by Jackman, in the filming of his very first screen appearance all the way back in the first X-Men movie. Instantly recognizable, these would make an "uncanny" addition to any collection.