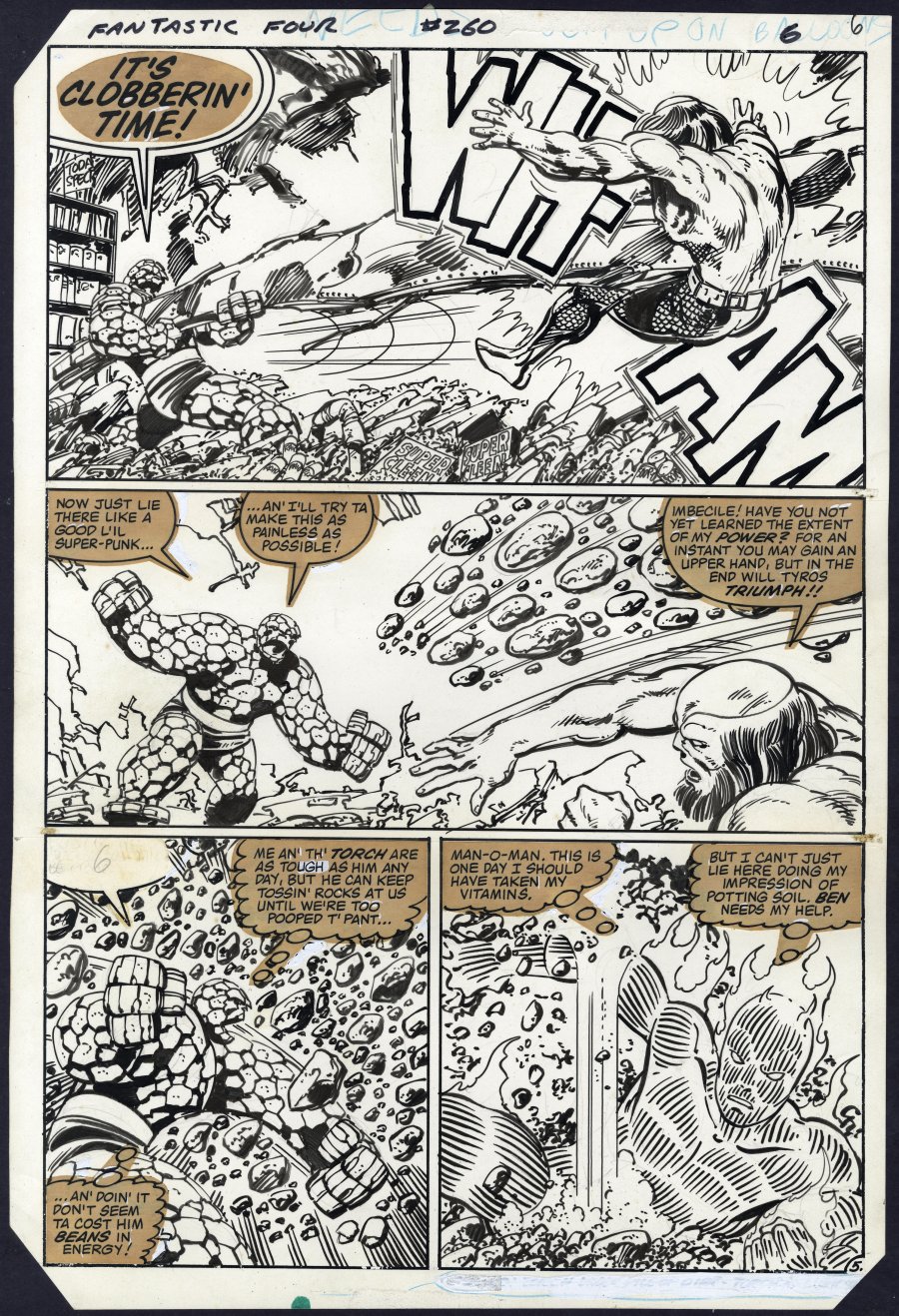 Watch
John Byrne pencils and inks; page 5; 1983; image size 10" x 15"It's Clobberin' Time!!!! This fantastic battle page features Tyros the Terrible battling the Thing and the Human Torch in the middle of a supermarket. One of the best of the villains John Byrne created during his FF run. This is a rare Thing action page by Byrne, employing his best Kirby impersonation to show the lovable Ben Grimm doing what he does best. Pen and ink. Art is in very good condition, the balloon paste-ups have yellowed over time and one word balloon in panel 3 is missing.
Artist Information