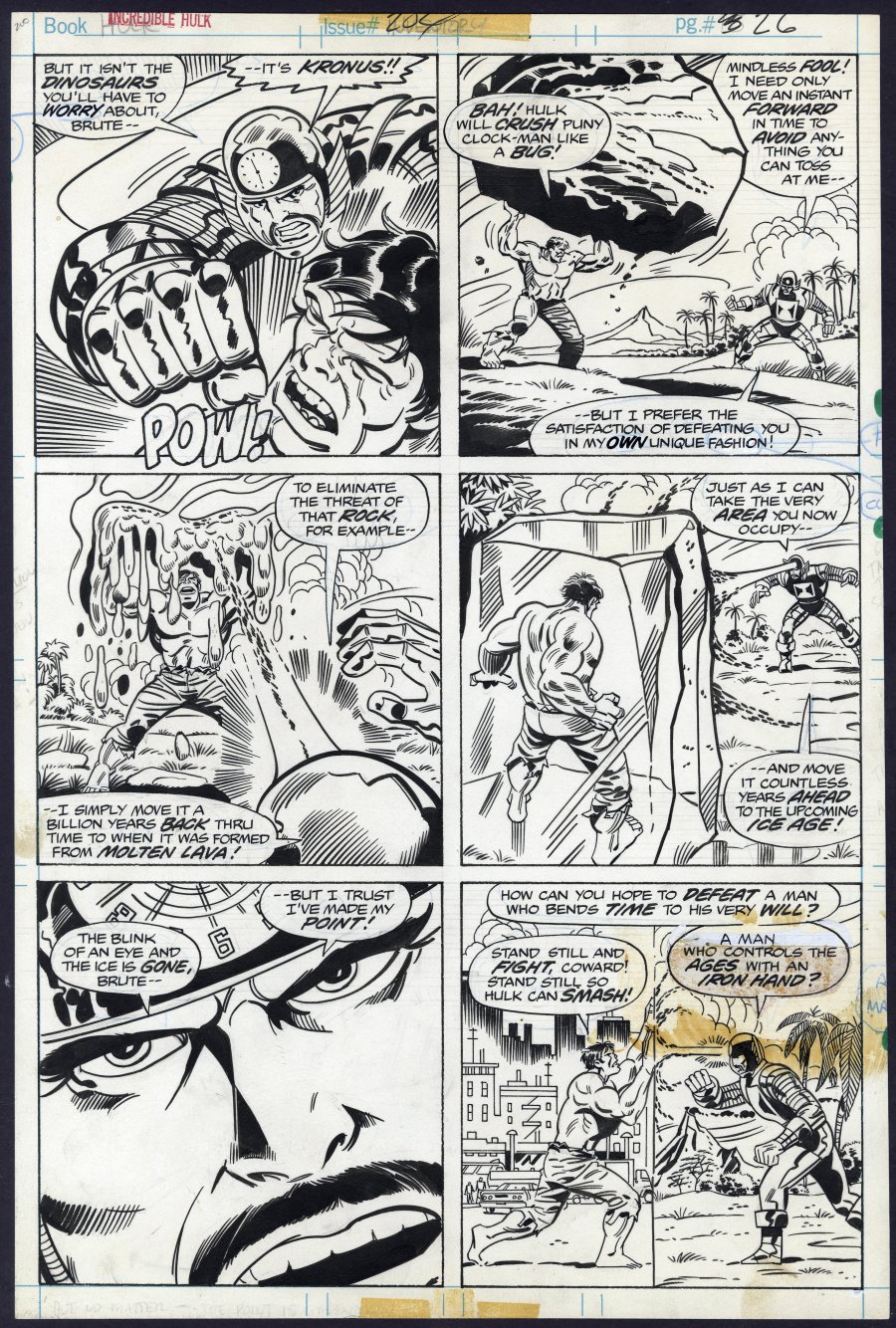 Watch
Herb Trimpe pencils/Joe Staton inks; page 26; 1976; image size 10" x 15"Really nice images of The Hulk battling Kronus the Temporal man. Last panel image very much like the cover. Best battle panel page in the book. Trimpe genius all over this page. Pen and ink. Art is in excellent condition, the is some glue staining in panel 6.
Artists Information