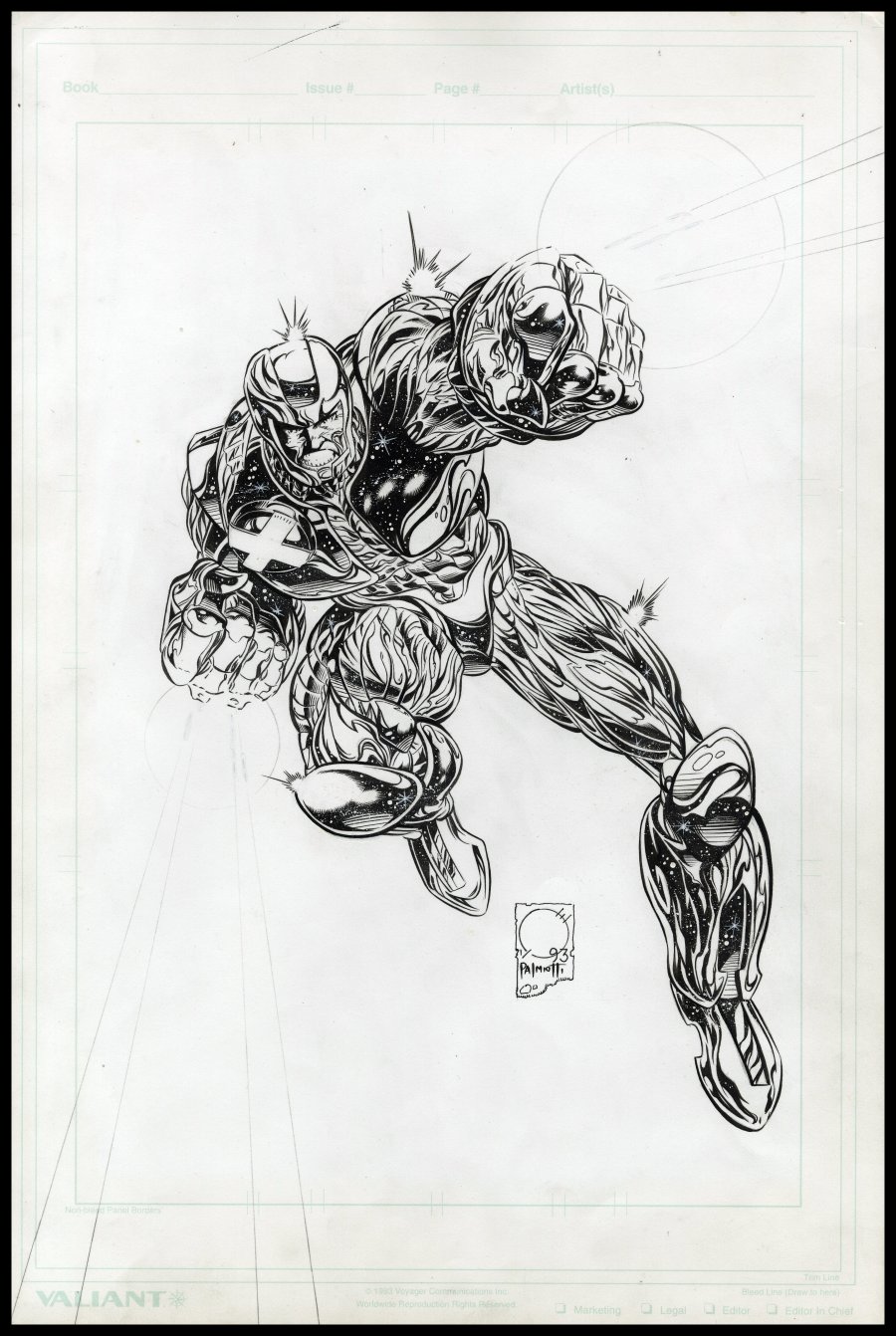 Watch
Joe Quesada pencils/Jimmy Palmiotti inks; pin-up; 1993; image size 10" x 14"This piece features an iconic X-O image, the sister illustration to Joe Quesada's X-O #0 cover, showing the character's evolved armor. This image was used in a truly astonishing number of places, including, but not limited to, the X-O Sourcebook, the Valiant Reader, Secrets of the Valiant Universe, X-O #1/2, it was also featured on convention banners, business cards, company letterhead, and was also employed as advertising flats for Valiant and placed in the X-O Manowar half issue regarding artist techniques and the printing processes. The phenomenal amount of detail that Jimmy Palmiotti added to this image is truly remarkable. If you look closely he places many roads into infinity throughout the X-O body, and the stars and cosmos that are reflected in X-O's armor are so finely detailed and appropriate for this character considering the armor is from alien origins, and many X-O stories take place in space and pocket universes. A true piece of Valiant History. Pen and ink. Art is in excellent condition. Signed by Quesada and Palmiotti.