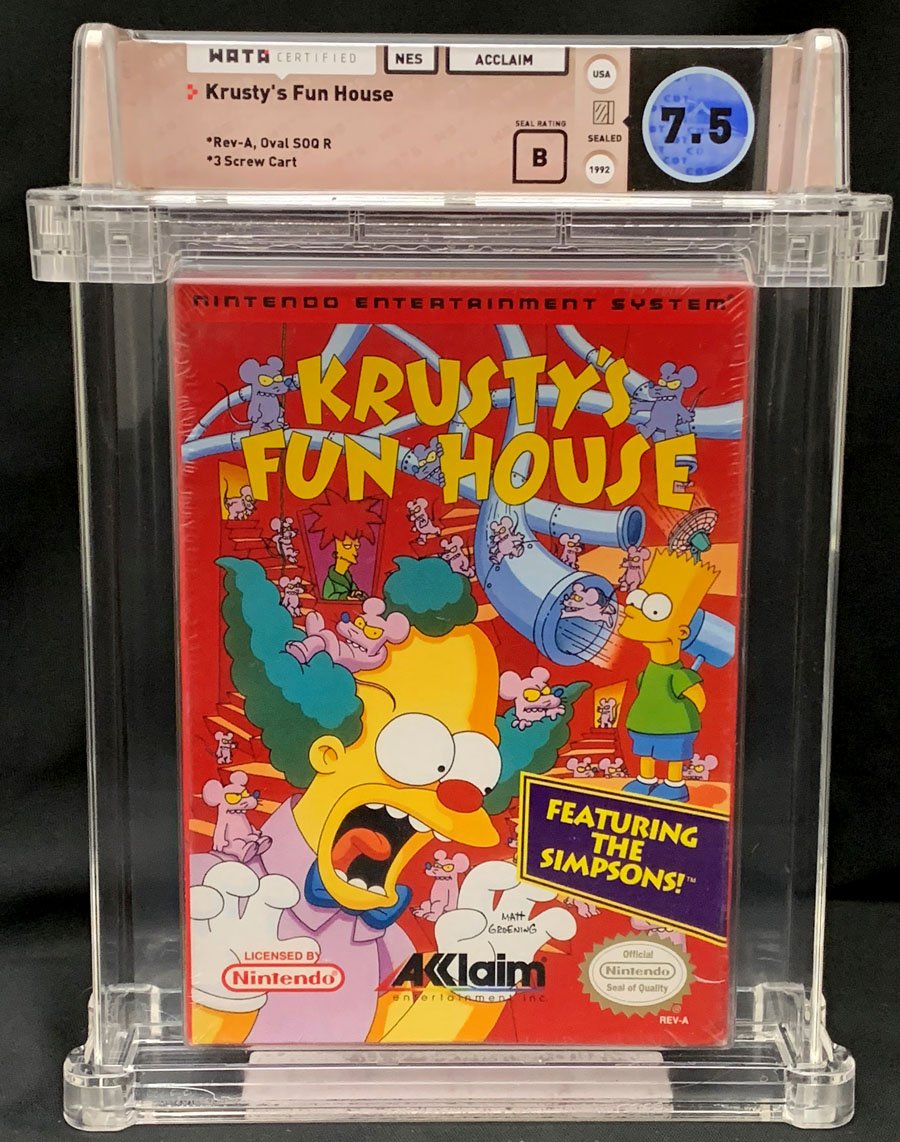 Auction Ends In
$51
Current Bid
3
Bids
NEXT MIN. BID: $52
Bid Confirmation
You are about to submit a bid of . If you win this auction, you are legally obligated to purchase the book. Are you sure you want to continue?
Don't Show Again (except when higher than min. bid)
(No Reserve)
PUBLISHER: Acclaim
COMMENTS: B Seal Rating; First-Party H-Seam; Rev-A; Oval SOQ R; 3 Screw cart;
Released for the NES in September 1992; Featuring The Simpsons!
Read Description ▼
Sell One Of These Inquire About This

Watch
B Seal Rating; First-Party H-Seam; Rev-A; Oval SOQ R; 3 Screw cart;
Released for the NES in September 1992; Featuring The Simpsons!Hey, kids! Give a hoot! Help out your old pal Krusty the Clown! My official Krusty's Fun House is infested with rats! There are over 60 levels in this game, and they're all crawling with the little varmints! I've got my loyal cadets, Bart and Homer Simpsons, to guard the rat traps, but I need you to lead to filthy rodents into those traps! Then we blow 'em up! We incinerate 'em! We laser-blast 'em! We electrocute 'em! We Krusterize the little stinkeres!!! Hoo boy! Did I mention the snakes, aliens and the flying pigs? Well, watch out for those riffraff! If you can't Krusterize 'em, at least avoid 'em...they're worse than the #@!*%! rats! Making Krusty's Fun House vermin-free is not a pretty task, kiddy cadets - but someones's gotta do it!