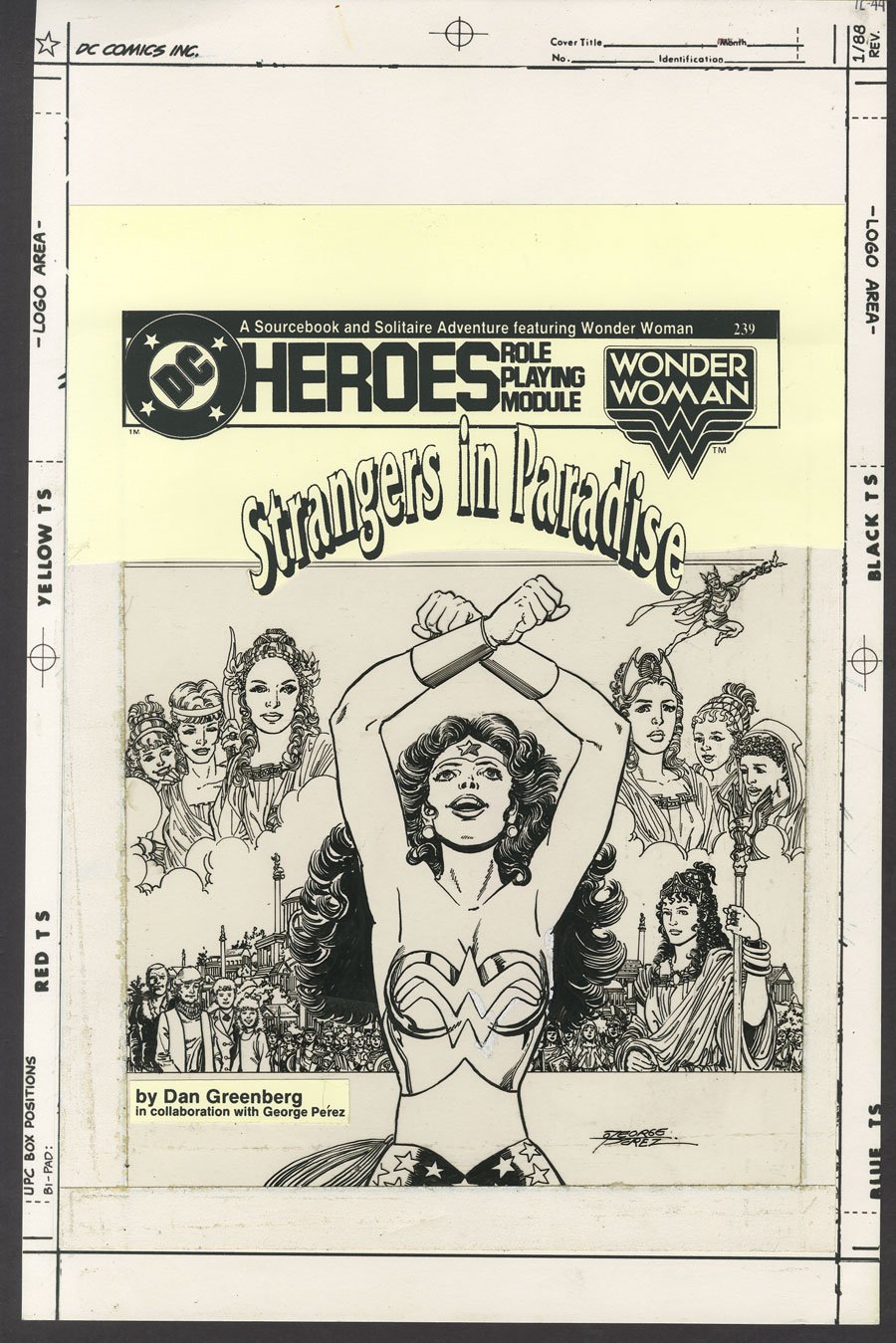 $1,656
Sold For
27
Bids
This auction has ended.
PUBLISHER: Mayfair Games
COMMENTS: George Perez pencils and inks; cover and color prelim; 1988; image size 9" x 8"
Read Description ▼
Sell One Of These Inquire About This

Watch
George Perez pencils and inks; cover and color prelim; 1988; image size 9" x 8"Beautiful cover by Perez, riffing on his own cover to Wonder Woman #1, for the DC Heroes Role Playing Module, Wonder Woman: Strangers in Paradise. This published cover is drawn in ink on acetate, laid on to a larger board. Also included is a mixed media color mock-up of the cover, also by Perez, on thin paper mounted to a larger board. Both pieces have been adorned with facsimile logos, the logo on the color prelim is on an overlay. Art is in very good condition. Signed by Perez on the finished piece. Also includes a copy of the published book.
Artist Information