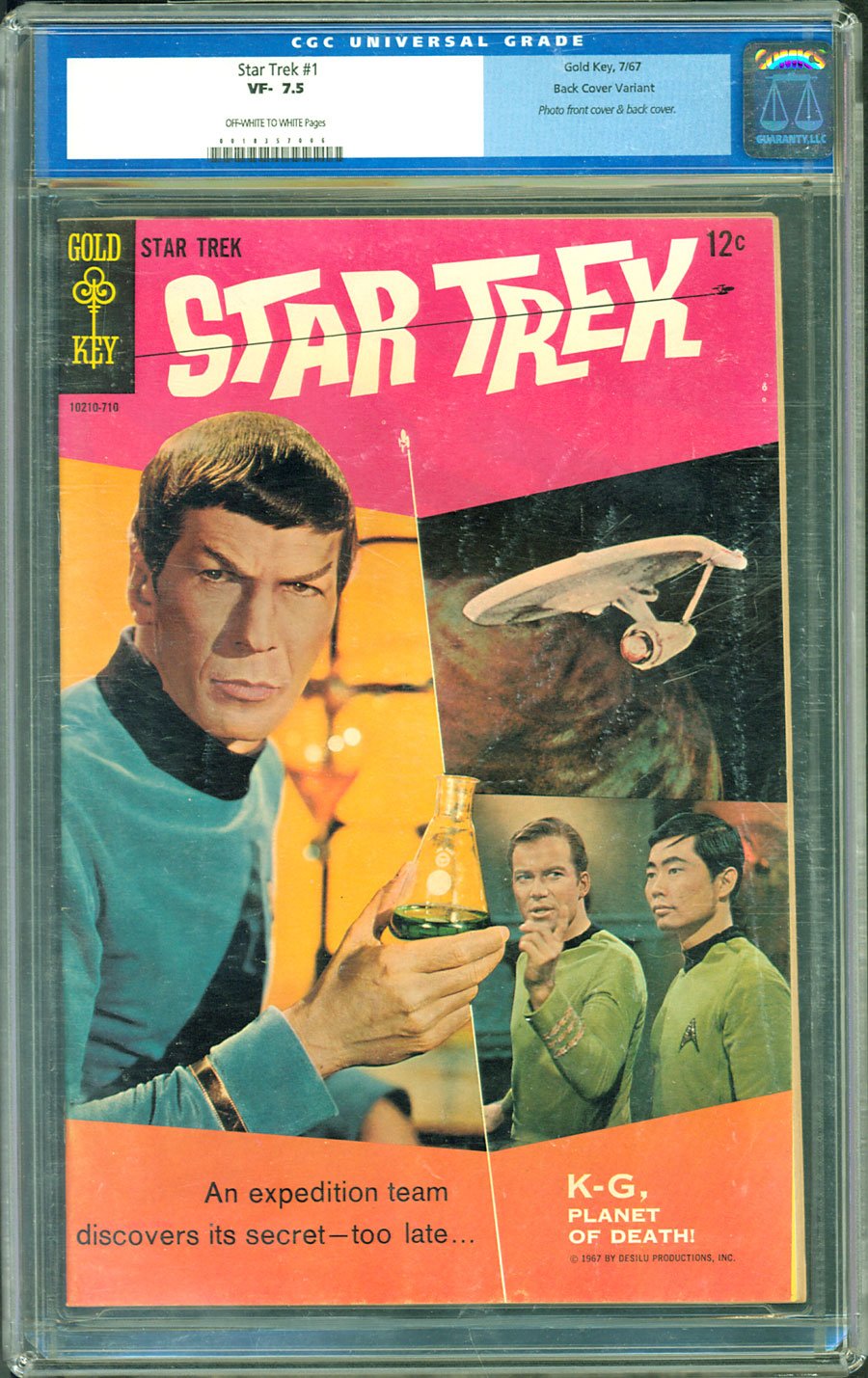 $431
Sold For
17
Bids
This auction has ended.
PUBLISHER: Gold Key
COMMENTS: ow/white pages; William Shatner back cover photo variant
photo cover
Read Description ▼
Sell One Of These Inquire About This

Watch
ow/white pages; William Shatner back cover photo variant
photo coverThe myths surrounding the birth, death, and rebirth of Star Trek are numerous and pervasive. It was the ancillary merchandise, such as this Gold Key tie-in series, that kept classic Trek in the public eye and allowed it to steadily grow from lamented, cancelled cult series to an international merchandising juggernaut. In fact, for some markets that didn't have a UHF station airing Star Trek repeats ad nauseum, this spinner-rack perennial was the only way sci-fi fans could discover the world of Kirk, Spock, and the Federation of Planets, even if Gold Key's writers and staff often veered off-model in their depiction of the characters and themes of the show.

Thus, this first issue is a milestone not just for comics, but for late 20th Century pop culture in general, acting as a valuable alternate debut for a strangely off-kilter, but no less influential Star Trek, one that continues to captivate readers around the world. This issue is especially beloved of European collectors that had no access to the original series until after the motion picture adaptations began. As a result, there are all sorts of fandoms in search of this debut issue.