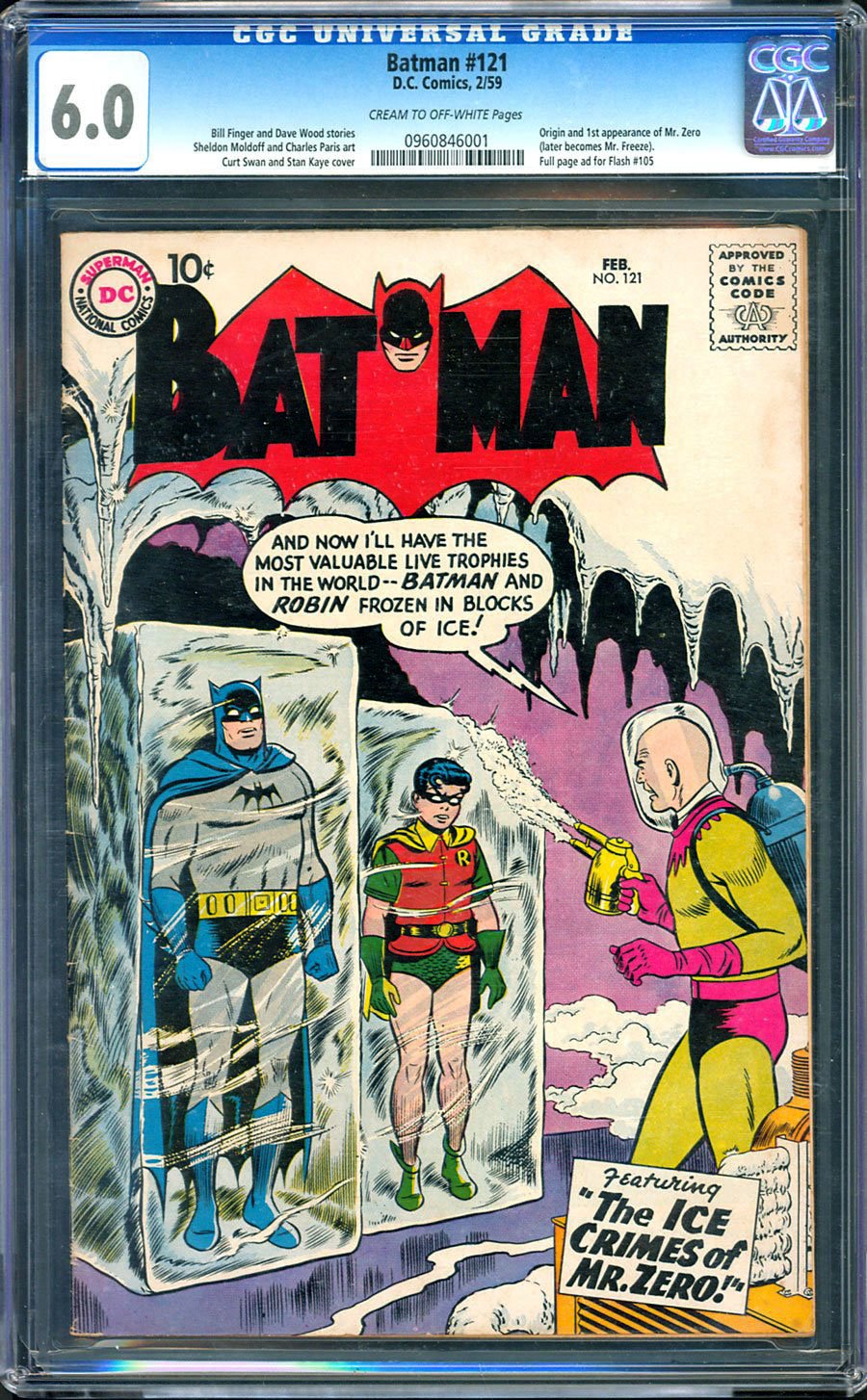 Watch
crm/ow pgs
1st app. Mr. Freeze (Mr. Zero) (2/59)Batman #121 bears the distinction of containing the first appearance of Mr. Zero, aka Mr. Freeze. The name change was made thanks to the campy Batman TV series that took the world by storm in the 1960s, and the character would re-appear, with his new moniker, in Detective Comics #373. He would go on to become one of the Bat's most-popular villains, appearing in cartoons, films, and even video games to spin his tragic tale of love on ice.