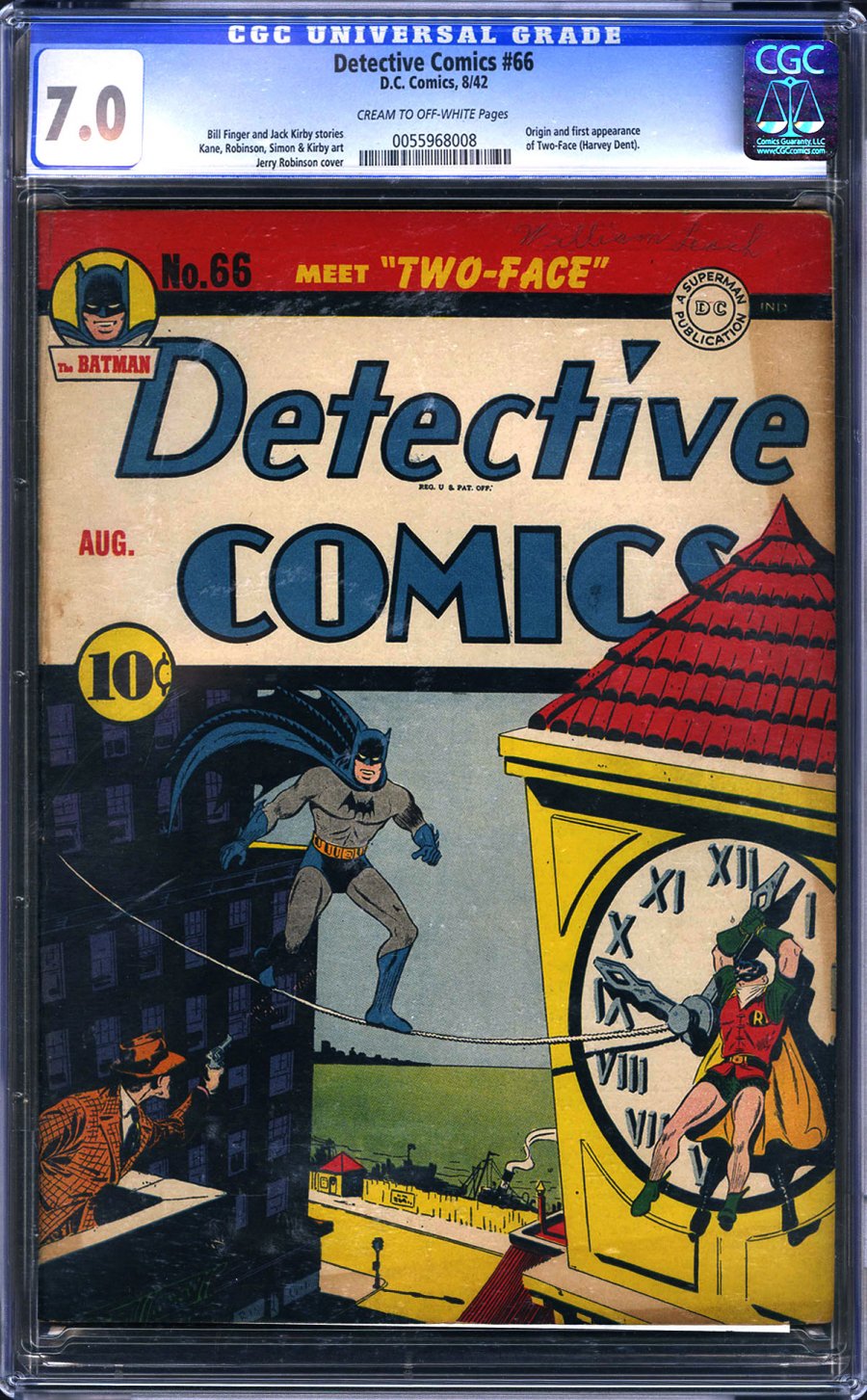 $11,711
Sold For
27
Bids
This auction has ended.
PUBLISHER: DC
COMMENTS: crm/ow pgs
origin and 1st app. Two-Face
Read Description ▼
Sell One Of These Inquire About This

Watch
crm/ow pgs
origin and 1st app. Two-FaceThe Batman mythos is defined by loss and tragedy at every turn: witness the case of Harvey Dent, former ally of the Batman in the D.A.'s office, turned villain at the loss of his face and sanity in this surprisingly grim and affecting origin appearance. With the Batman formula firmly established, Bat-pilots Finger and Robinson, with guidance from creator Kane, could indulge in even more outlandish and nervy stories, resulting in tales such as this classic, whose basic elements proved so effective they have barely been changed since their inception.

Over the past 7 ½ decades this comic has persevered, sure it has some telltale signs of its history, but it only adds to the charm of this important key. The first appearance of Two-Face is indeed an important occurrence in the Batman mythos, as the character is still one of the Bat’s top frenemies today. Boasting strong hues and stable construction, this book is a perennial favorite and there are only three original condition copies above this one, there are plenty of treats in this auction for Bat-fans and this is an excellent addition to the mix. Jerry Robinson’s cover design keeps viewers holding their breath like a cliffhanger at the end of a Batman ‘66 TV episode, tune in next time for more thrills and chills!