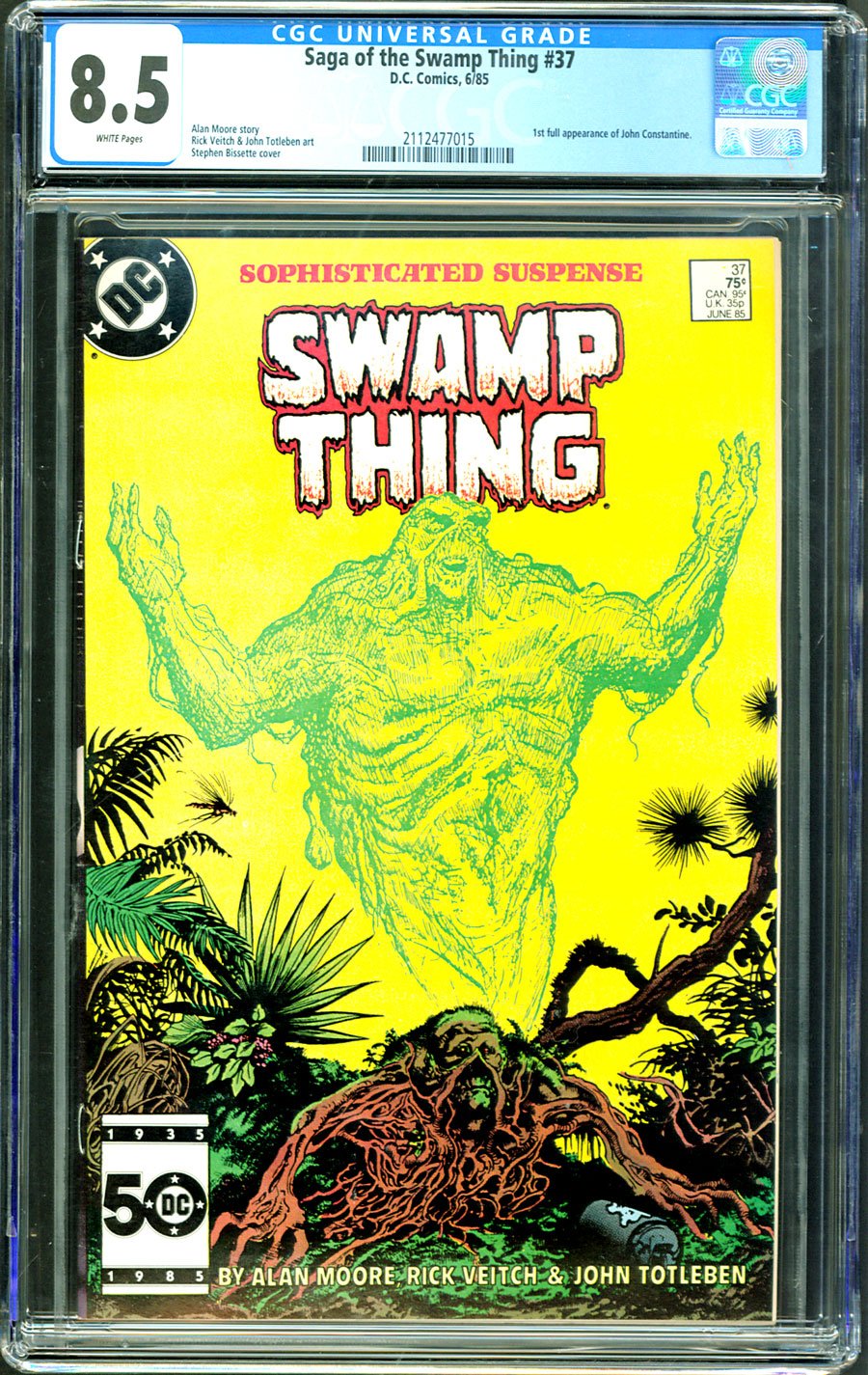 $216
Sold For
13
Bids
This auction has ended.
PUBLISHER: DC
COMMENTS: white pgs
1st full app. John Constantine (Hellblazer) by Alan Moore
Read Description ▼
Sell One Of These Inquire About This

Watch
white pgs
1st full app. John Constantine (Hellblazer) by Alan MooreBeginning life as a one-off Gothic horror feature in House of Secrets #92, Berni Wrightson’s Swamp Thing would go on to the furthest reaches of the cosmos and beyond, thanks to the inspired imagination of one of the greatest minds to come out of comics, Alan Moore. The vegetation creation would remain an esoteric and cult title for many years and several relaunches, reboots and the usual comic book retrofitting and retconning in order to create a loose continuity within the elaborate and heady ideas put forth by Moore, viewing the Swamp Thing as a godlike being with the ability to travel through space and time. One of the many popular creations and inclusions into Moore’s run on the title was John Constantine, Hellblazer, a streetwise magician and occultist who would make his appearance in this very issue, and would go on to star in his own title which would run for an impressive 300 issues, mostly on DC’s Vertigo imprint, which was created for the publisher’s more tonally dark and adult themed output. Constantine would become a popular entity in the DC Universe, appearing in mainstream superhero books while heading up his critically acclaimed title, and making guest appearances in the wanderings of the Swamp Thing, Constantine has been portrayed in film by Keanu Reeves and on TV in a short series as well as in DC’s Arrowverse, rumors continue to swirl around a return to the silver screen in the DCEU, making this issue an important collectible with great upside potential.