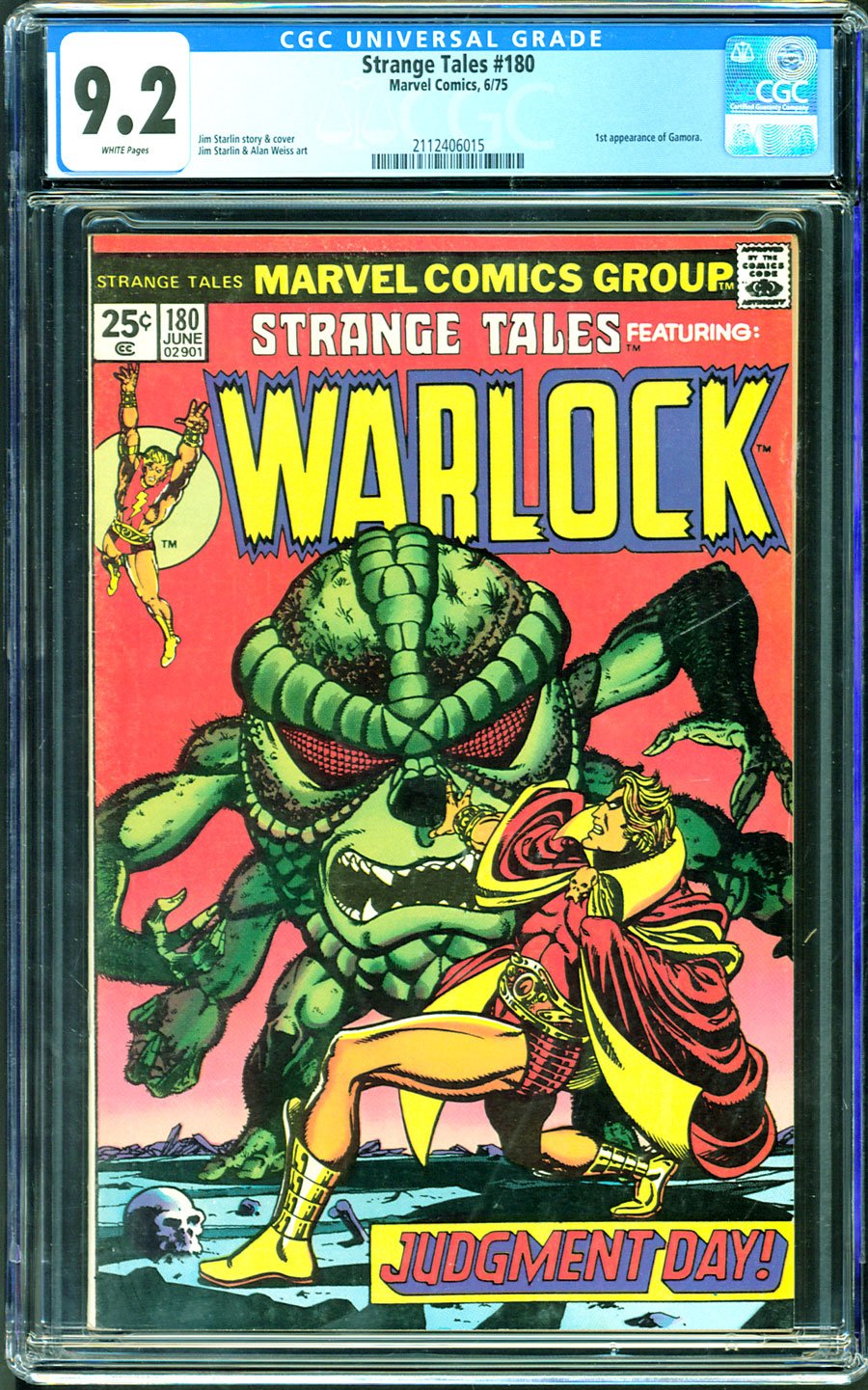 Auction Ends In
$1
Current Bid
1
Bids
NEXT MIN. BID: $3
FYI there's no need to include decimal points(.).
Bid Confirmation
You are about to submit a bid of . If you win this auction, you are legally obligated to purchase the book. Are you sure you want to continue?
Don't Show Again (except when higher than min. bid)
(No Reserve)
PUBLISHER: Marvel
COMMENTS: white pgs
Jim Starlin story, cvr/art; 1st app. of Gamora (6/75)
Read Description ▼
Sell One Of These Inquire About This

Watch
white pgs
Jim Starlin story, cvr/art; 1st app. of Gamora (6/75)Cover art by Jim Starlin. "The Judgment!" script by Jim Starlin (as Sam Jiltirn), pencils by Jim Starlin, inks by Jim Starlin (as J.L. Minirats) and Alan Weiss; While battling a couple of the Black Knights the Soul Gem almost takes control again and Warlock decides that he must destroy it, however as he takes it off Warlock collapses and realizes that he can no longer exist without the Gem as it has been sucking out Warlock's Soul in the last three Years thus becoming his life force; The Matriarch wants to make a Slave out of Warlock now instead of killing him; After trying to remove the Gem Warlock is invited by the Matriarch to the Sacred Palace, an obvious trap, but since she claims, that she knew that the gem would become a danger even to Warlock himself, Warlock decides to accept the invitation and ditches; Pip First appearance of Gamora. Spider-Man stars in a one-page Hostess ad, "The Trap."