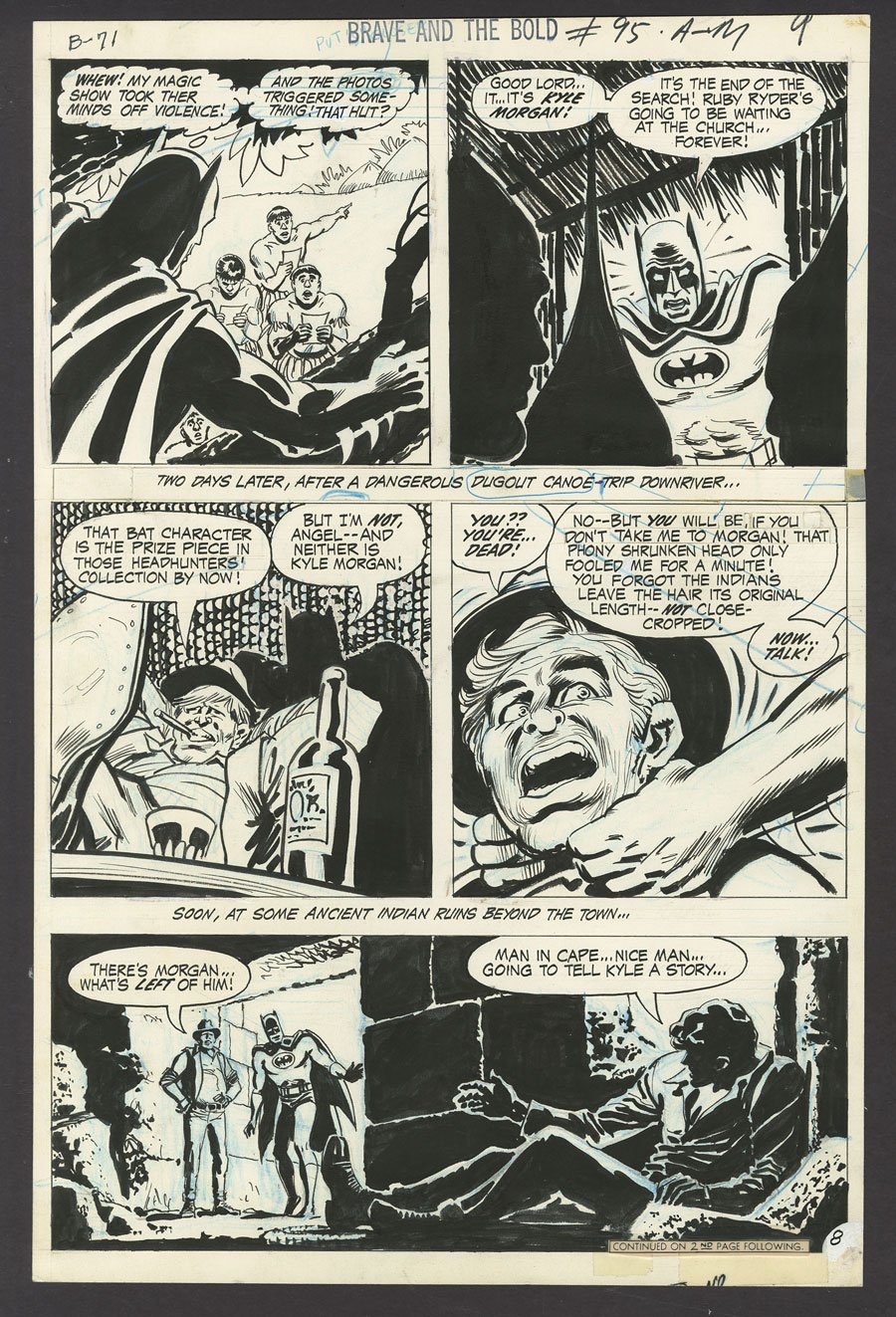 Watch
Nick Cardy pencils and inks; page 8; 1970; image size 10" x 15"Great Batman page form the Plastic Man team up story 'C.O.D. Corpse on Delivery'. Batman in every panel with beautiful drawing from Cardy. Pen and ink. Art is in excellent condition, the top tier of panels is on a separate board that is attached to the lower two thirds of the page with tape.
Artist Information