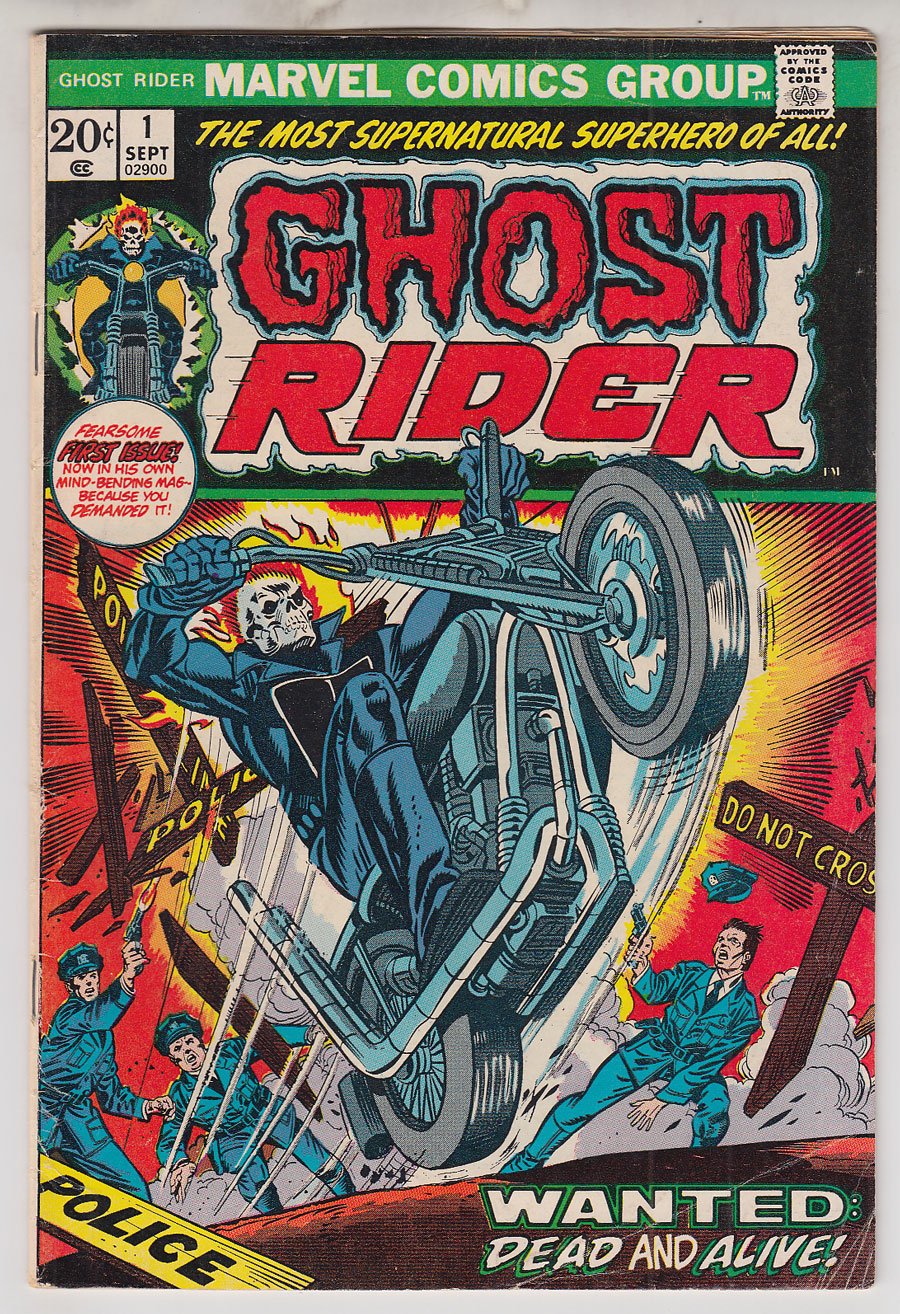 Watch
ow/w pgs; sml pc out bc
Gil Kane motorcycle cover; 1st brief app. Daimon HellstromGhost Rider's origins began in the Wild West, the original character was an eerie gunslinging horseback rider in his first iteration. Reimagined in the rough-and-tumble era of the 1970s as a motorcycle stuntman, no doubt influenced by the antics of Evel Knievel, Ghost Rider would become an instant cult success. The image of a rebel on a motorbike whose head is a flaming skull could simply not be denied, and the occult and supernatural trappings of his adventures appealed greatly to a public weaned on the grindhouse horrors of the era. This first issue of Ghost Rider capitalized on Johnny Blaze's success in the "try-out" anthology Marvel Spotlight which was spun off into this memorable and beloved series, spawning several reboots and motion pictures in the future.