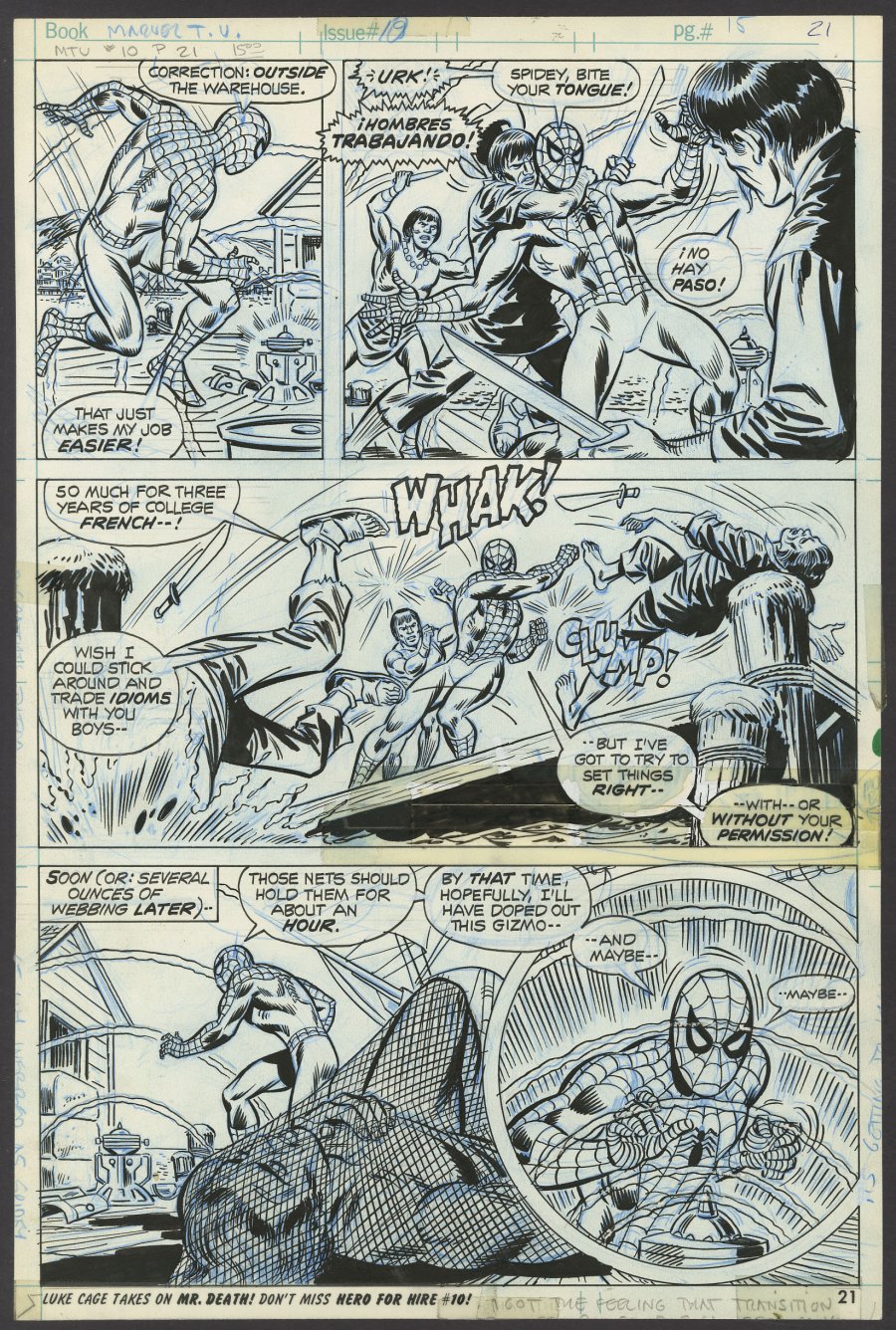 Watch
Jim Mooney pencils/Frank Giacoia inks; page 21; 1973; image size 10" x 15"Everyone's favorite wall crawler takes on some 'bad hombres' in this great Bronze Age Spider-Man page from Mooney and Giacoia. From the Spidey/Human Torch team-up 'Time Bomb!'. Pen and ink. Art is in very good condition, there is some tape in panel three where a patch had been put into the artwork.
Artists Information