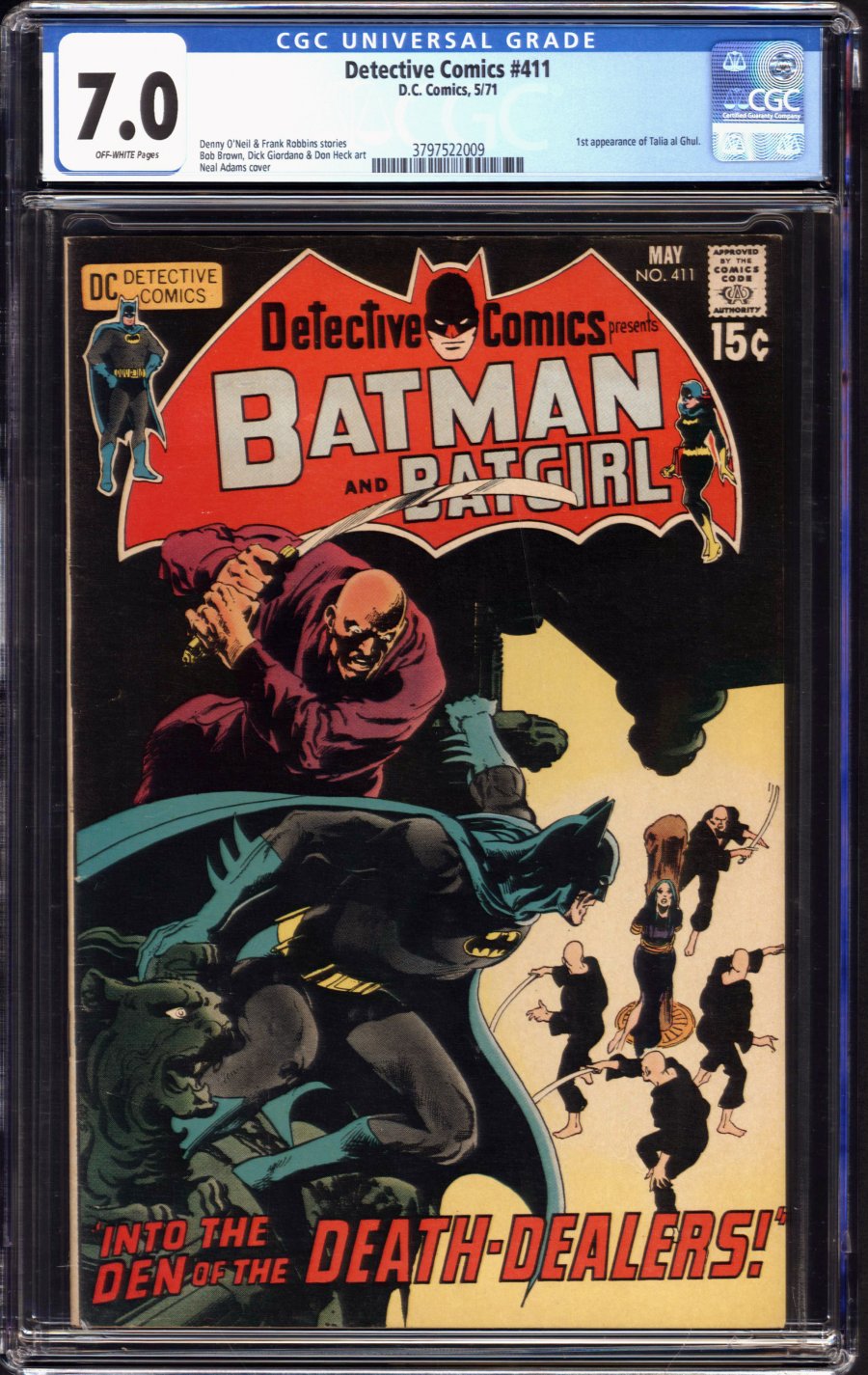 Auction Starts In
$1
Starting Bid
--
Bids
NEXT MIN. BID: $1
FYI there's no need to include decimal points(.).
Bid Confirmation
You are about to submit a bid of . If you win this auction, you are legally obligated to purchase the book. Are you sure you want to continue?
Don't Show Again (except when higher than min. bid)
(No Reserve)
PUBLISHER: DC
COMMENTS: ow pgs
Adams bondage cover; 1st app. of Talia al Ghul
Read Description ▼
Sell One Of These Inquire About This

Watch
ow pgs
Adams bondage cover; 1st app. of Talia al GhulInside this impressive Neal Adams cover is the first appearance of Talia Al Ghul, daughter of the mysterious Batman nemesis Ra’s Al Ghul. The story involves Talia being held captive by Doctor Darrk and the League of Assassins in an attempt to draw the Caped Crusader into a trap, and what follows is a story of exotic intrigue during which Batman tests his skills as a bullfighter, and Talia protects her new friend by murdering the fiendish Darrk in gruesome fashion. Talia Al Ghul would go on to become an on-again, off-again love interest for Bruce Wayne/Batman as well as a fearsome and deadly adversary. Appearing in over 500 different comic books and earning the #42 spot on IGN’s Top 100 Comic Book Villains of All-Time list, Talia proved to have staying power barely hinted at in this James Bond-esque adventure from the Silver Age. A fan favorite and a popular key for Batman collectors this book is both affordable and readily available.