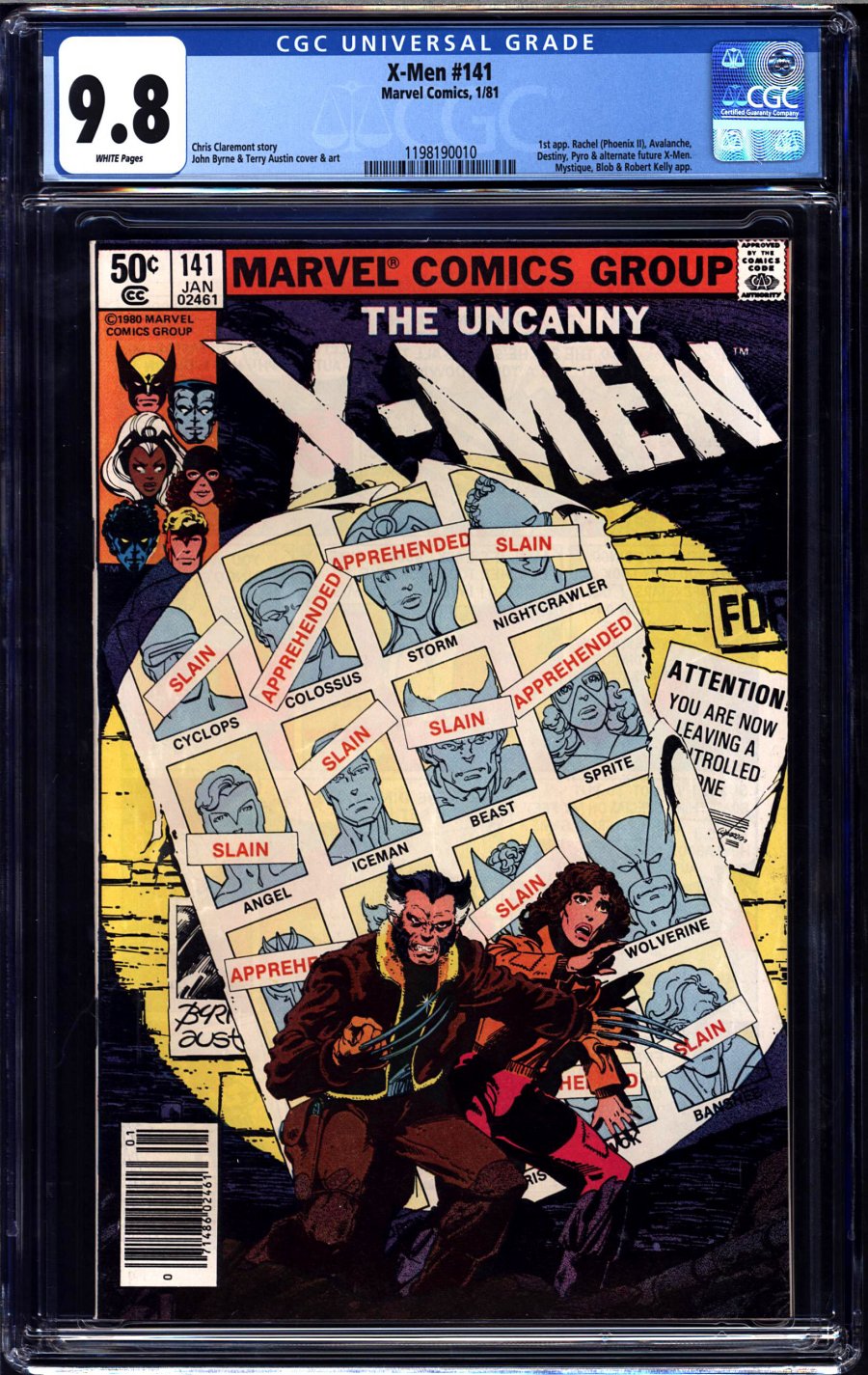 Auction Starts In
$1
Starting Bid
--
Bids
NEXT MIN. BID: $1
FYI there's no need to include decimal points(.).
Bid Confirmation
You are about to submit a bid of . If you win this auction, you are legally obligated to purchase the book. Are you sure you want to continue?
Don't Show Again (except when higher than min. bid)
(No Reserve)
PUBLISHER: Marvel
COMMENTS: white pgs; Newsstand Edition
classic Byrne cvr; Days of Future Past storyline begins
Read Description ▼
Sell One Of These Inquire About This

Watch
white pgs; Newsstand Edition
classic Byrne cvr; Days of Future Past storyline beginsThe “Days of Future Past” storyline was one of the incredibly inspired plots created by the collaboration between writer Chris Claremont and writer/artist John Byrne, the team’s work on the X-Men was revolutionary, turning the once forgotten title into the hottest book in comic in the late70s and early 80s. After dreaming up the Dark Phoenix arc, the team may have surpassed themselves with this time travelling tale. Taking place at once in the present and the future, Kitty Pryde transports her consciousness through the decades to inhabit her teenage body so she can warn the X-Men of a potentially apocalyptic future that they can help prevent. In the year 2013, Kate Pryde lives in a mutant concentration camp with a few elderly surviving X-Men, the camp is run by the Sentinels, mutant killing robots who have subjugated the human race, and the leftover heroes devise a machine that allows Pryde to go back in time and warn her companions. As this issue ends the 1980 version of the X-Men are facing off against the Brotherhood of Evil Mutants, now led by Mystique, and the future of the Earth hangs in the balance. Unquestionably one of the finest Bronze Age comic achievements, X-Men #141 & 142 are a milestone in the industry, the story was made into a major motion picture, and continued to be lauded as an important and legendary arc. It is also interesting to note X-Men #141 was the last issue of the title before it officially became known as the Uncanny X-Men. No matter the name this comic is a serious A-list necessity for true X-Man fans, or anyone who views comics as an art form, it doesn’t get much better than this Bub.