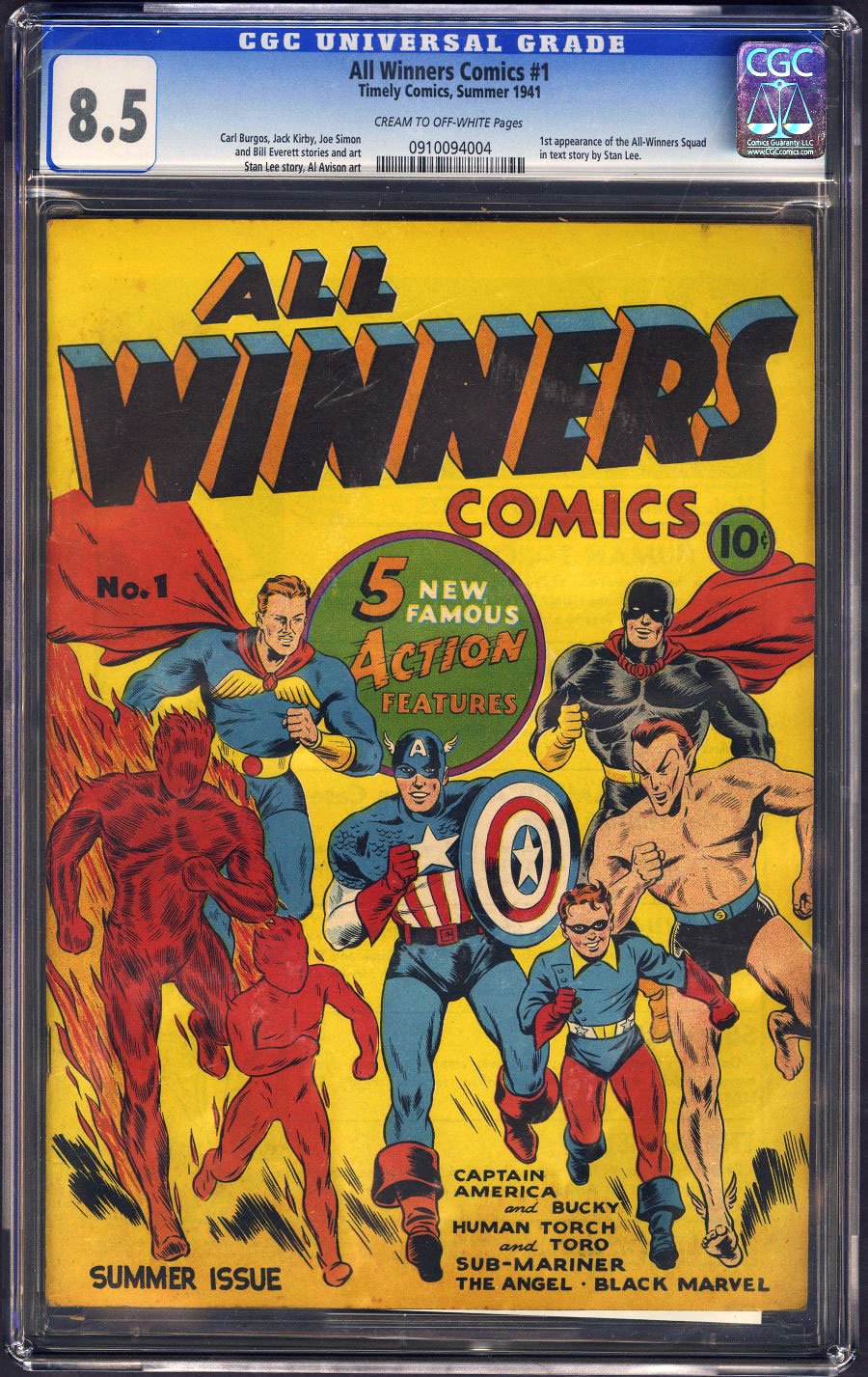 Auction Ends In
$8,200
Current Bid
6
Bids
NEXT MIN. BID: $8,400
Bid Confirmation
You are about to submit a bid of . If you win this auction, you are legally obligated to purchase the book. Are you sure you want to continue?
Don't Show Again (except when higher than min. bid)
(No Reserve)
PUBLISHER: Timely
COMMENTS: crm/ow pgs
Captain America by Simon & Kirby; Sub-Mariner by Everett; Human Torch by Burgos (Summer 41)
Read Description ▼
Sell One Of These Inquire About This

Watch
crm/ow pgs
Captain America by Simon & Kirby; Sub-Mariner by Everett; Human Torch by Burgos (Summer 41)All Winners Comics #1 was Timely's answer to DC's World's Finest. For the first time in the history of the "Marvel Universe", all of the company's flagship characters, Sub-Mariner, Captain America, and Human Torch appeared together on the front cover. Released shortly after Captain America Comics #1, this issue features a very early appearance of the Star Spangled Avenger, and would serve as a precursor to later Marvel teams the likes of the Avengers, X-Men and Fantastic Four.

Boasting a bright, appealing cover, this Timely classic features the iconic trio of heroes from the publisher’s Golden Age, along with their teenage sidekicks and two other marquee heroes of the period, the Angel and Black Marvel. The summer of 1941 was a period of trepidation and guarded optimism, as the US had yet to become embroiled in WWII, but the attitude of these brave heroes shows the American “can-do” spirit that helped pull us through the toughest of times. The early Schomburg cover art is crude yet powerful and hints at the great things to come down the road. An extremely well-preserved GA book, with great eye appeal, and just over 100 copies on the census, this is an impressive example of a rare and sought-after classic comic.