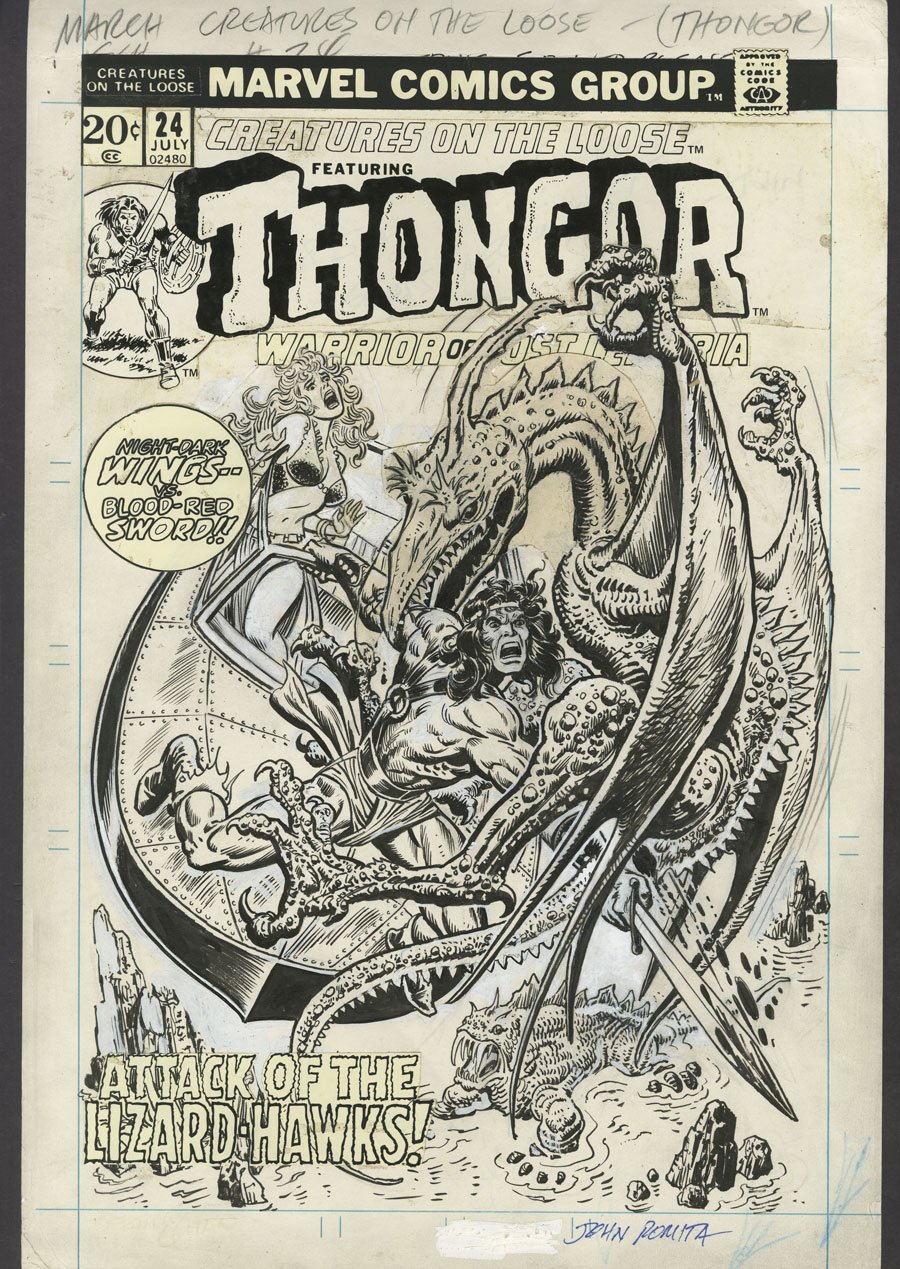 Watch
John Romita pencils/Ernie Chan inks; cover; 1973; image size 10.25" x 15.75"Thongor battles a Lizard-Hawk in this exciting Bronze Age cover by Romita and Chan. A beautiful cover by one of the architects of the Marvel Universe, Romita emerged as one of the most popular and reliable of all of the bullpen artists and was often called upon to provide dynamic covers to books, and this is no exception. There was some reworking done to this cover from it's original creation, seen here, to it's final printed form. It appears that the main art images of Thongor and the creature were statted and adjusted to better position them for Marvel's production-used cover, a new background was then added. The main figures here were 100% taken from this drawing and this is the original version for the printed cover. All Pen and ink. Art is in excellent condition, the final, extra Lizard-Hawk's head and neck were drawn on separate board and patched in to the art board on top of the first version. Signed by Romita.
Artists Information