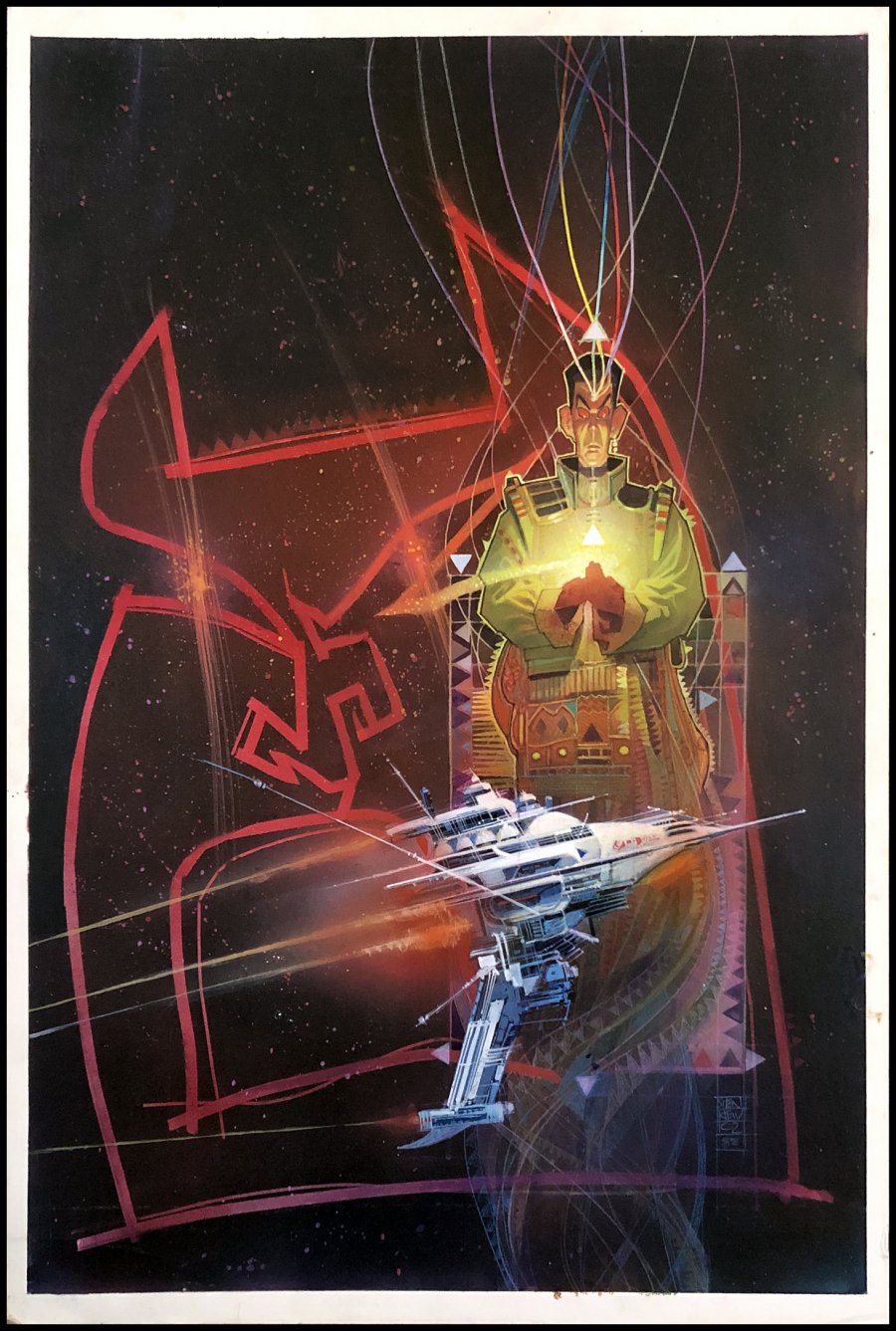 Watch
Bill Sienkiewicz painted cover; 1988; image size 19" x 28.5"A beautiful, huge, painted cover illustration by Sienkiewicz for the Christopher Hinz novel "Anachronisms," published by St. Martins Press in 1988. Sienkiewicz embodied the 1980s transition in comics towards more overt artistry with his work on New Mutants, Elektra: Assassin, and Stray Toasters, this is an extraordinary example of his work from that time period, with all the stylistic flourishes one would want including vivid colors and expressive/expressionistic drawing. The size of this painting is impressive, a showstopper for sure. Mixed media on board. Art is in excellent condition. Signed and dated by Sienkiewicz in the image.
Artist Information