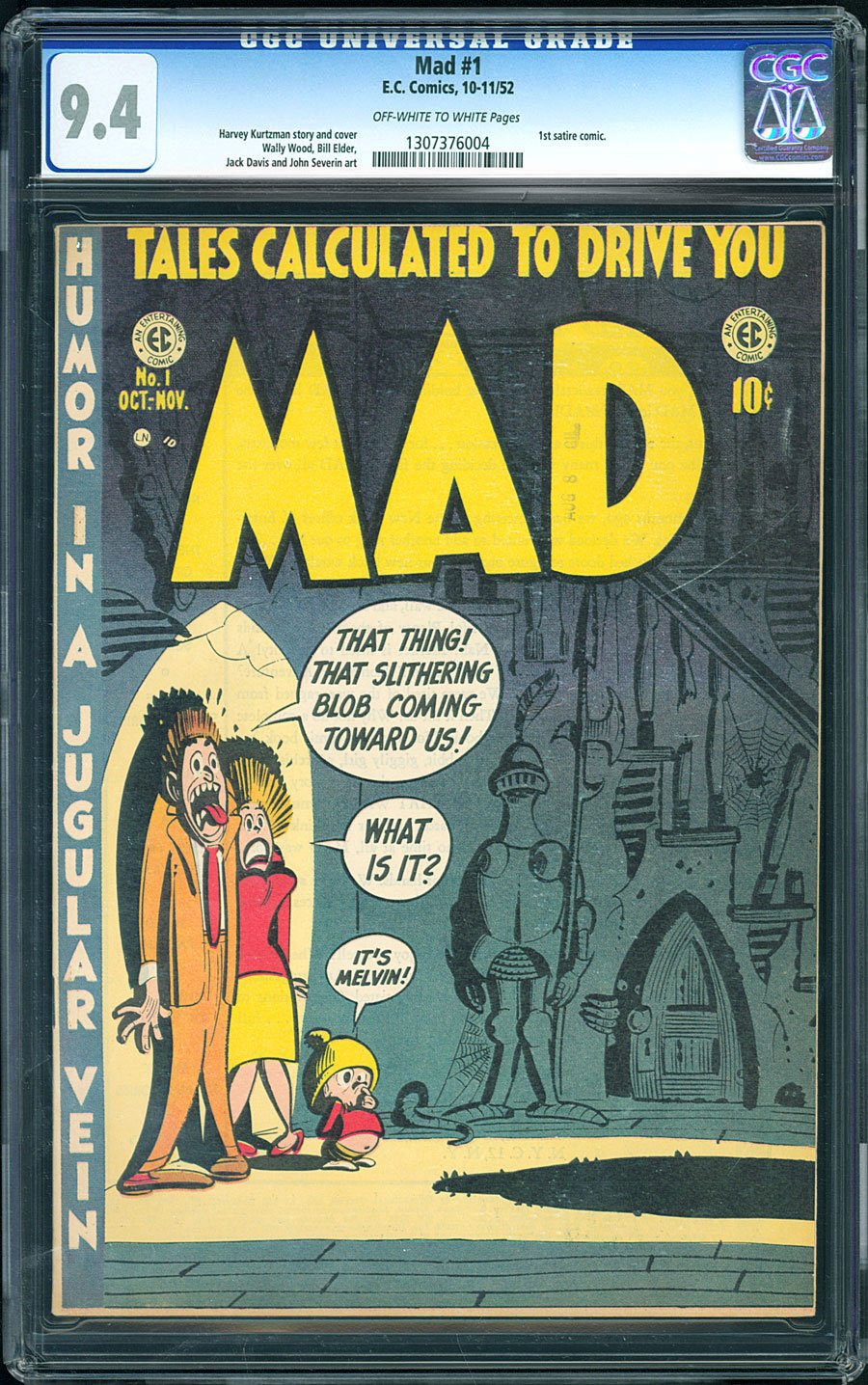 Watch
ow/white pgs
historic 1st issue!; Kurtzman cvr; Wood, Davis art (10-11/52)The argument can be made -- and has been made very well -- that American comedy of the past five decades owes its existence and style largely to this unassuming little raised-middle-finger of a comic, William Gaines' brutal, brilliant, brave broadside directed squarely at the heart of post-war American culture. It was a nearly instant smash hit, inspiring dozens of often dreadful imitators, and eventually morphed into a black and white magazine that became even more influential and world-famous throughout the 1960s and 1970s, but it was this full-color blast of sick humor that was a nuclear explosion going off in the minds of impressionable young readers and hip comedy mavens. One of the rare instances in which a series' style and tone was dead-on from the very first page, this outlandish first issue allowed Gaines and Kurtzman's small army of incredible talents to unleash the pent-up frustrations and residual traumas felt by the generation that grew up in the grinding poverty of the depression and survived the unspeakable horrors of WWII. The result influenced everyone from Lenny Bruce to George Carlin to Ernie Kovacs to the Smothers Brothers, and beyond. It's hard to overstate the importance of this first issue, and the 22 comic issues following, to American popular culture, so we'll just stop trying now.This classic Harvey Kurtzman cover is iconic in the history of American satire, as it announced the premiere of what would go on to become one of the most influential runs of published periodical (first in comic form and later as a magazine) that would rival the counterculture aspirations of Playboy, National Lampoon, or Heavy Metal thanks to a heady mix of humor, satire, art, and social commentary. Presenting a stout and hearty construction that features a rigid spine, sharp corners, and bold, bright colors, this important first issue is still selling at reasonable prices in high grade, so this exemplary copy would be a great piece to start or complete a run of a classic American comic book.