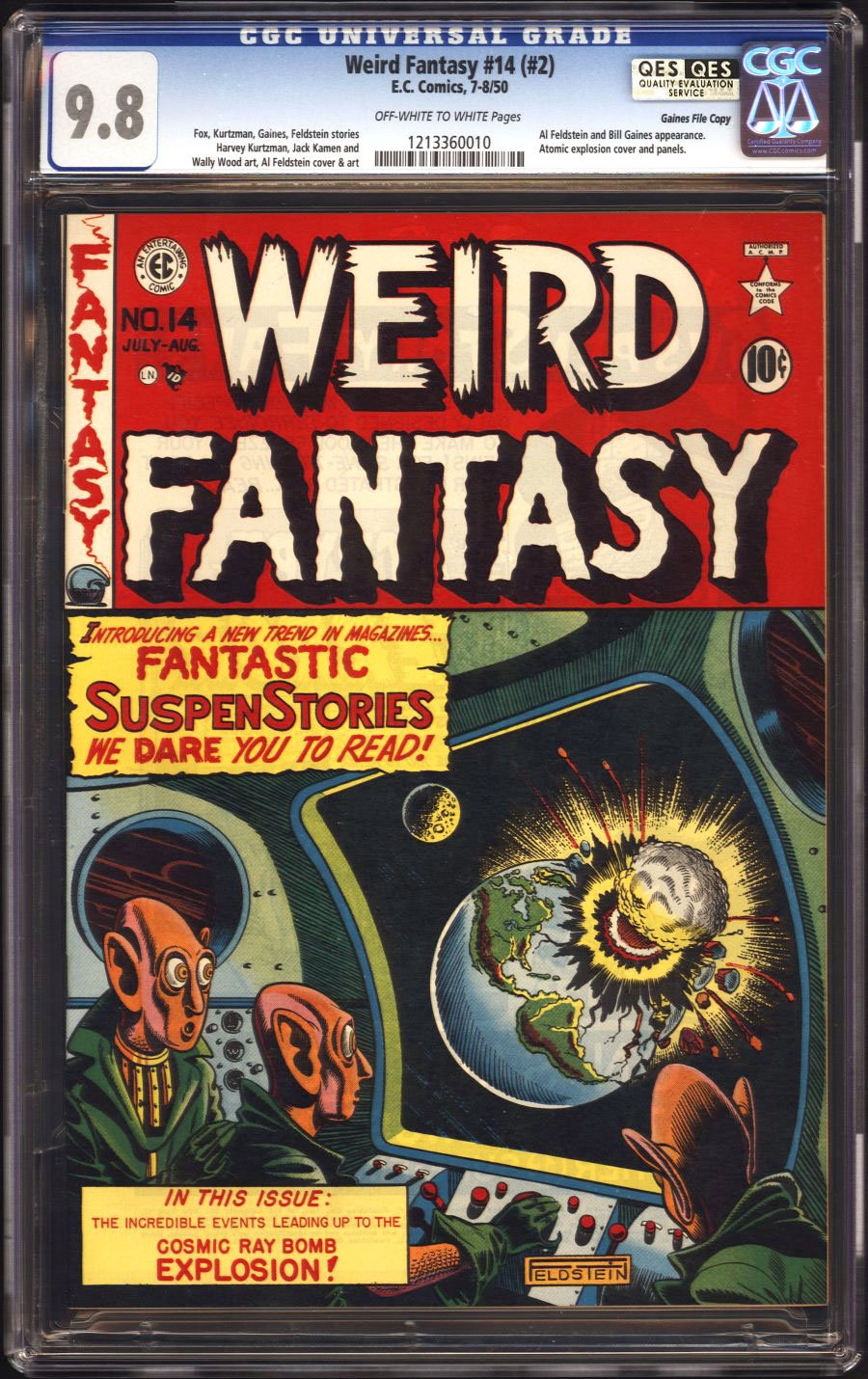 When he opened his vaults in the mid-90s, collectors were astonished at the high-grade EC classics contained therein, which formed the beloved Gaines File Copy pedigree. Possessed of unusually bright pages (a rarity for remaining ECs in any grade) and vivid colors, these copies are greedily sought by devoted EC collectors as they are invariably among the highest graded. In recent years, ECs have once again become red hot, as Silver Age collectors, tired of cape books, fall in love with the garish covers and overwhelming imagery. The demand for crime and horror covers makes these sci-fi series the next frontier of Silver Age collecting. There are going to be a few words bandied around about the Bill Gaines File Copies of EC classics that are in this Event Auction, words like, perfect, beautiful, pristine, exemplary, hot diggity dog, well, you get the picture, and somehow, these words still do not give these comics their proper dues, as they are in a condition that defies mortal abilities to describe things. If there were a superhero from another planet with special powers named the Describer, maybe he could help out...maybe. So, here goes the checklist, highest graded, one of one, top of the census, QES certified, Gaines File Copy. Just look at those corners, the colors, the spine, sigh.