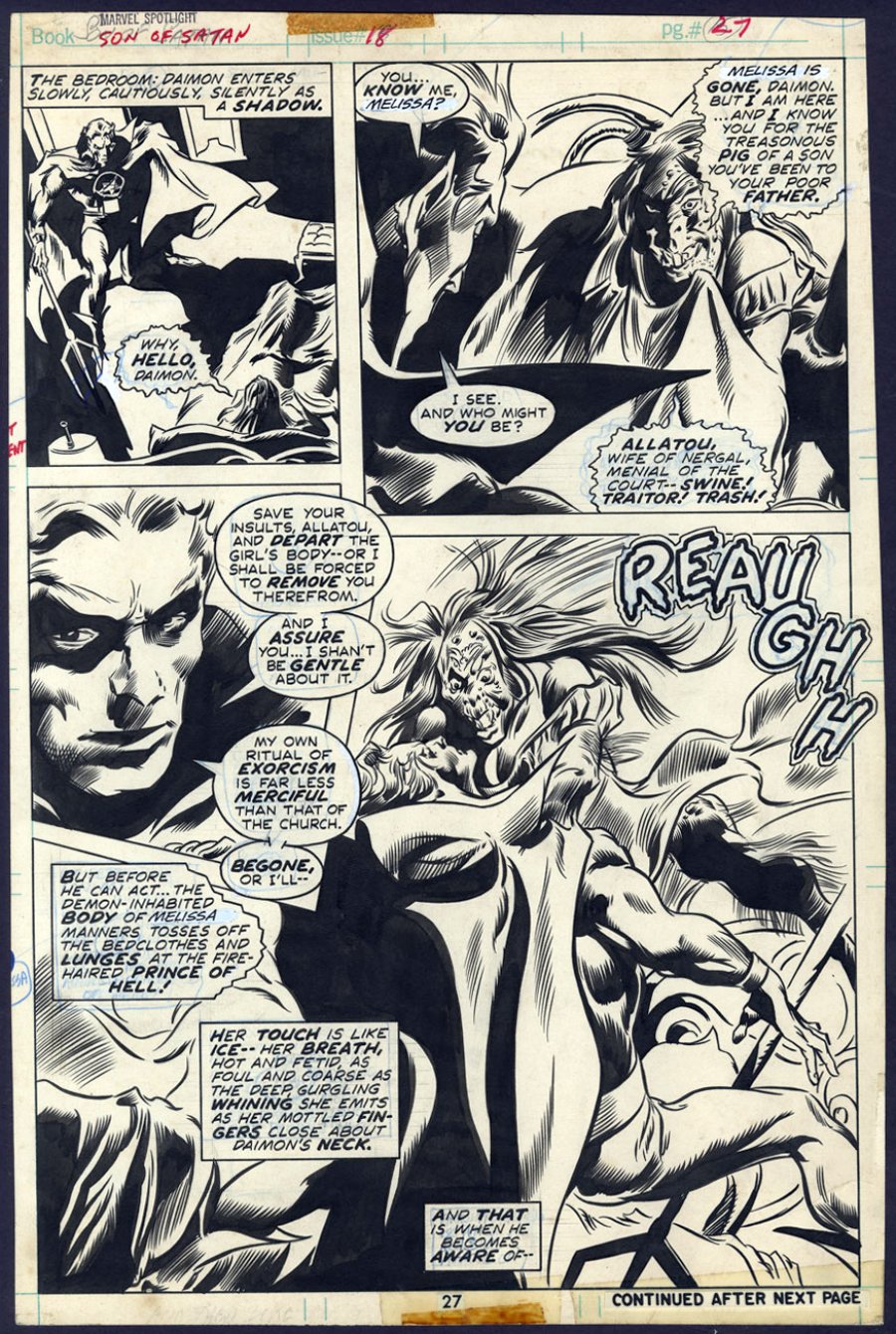 Watch
Gene Colan pencils/Frank Chiaramonte inks; Son of Satan page 27; 1974; image size 10" x 15"Superb Colan Son of Satan half splash from Marvel Spotlight, featuring Daimon Hellstrom face to face with the demon Allatou. The Son of Satan is now starring in his own television series on Hulu. Pen and ink. Art is in excellent condition, there is some tape along the bottom.