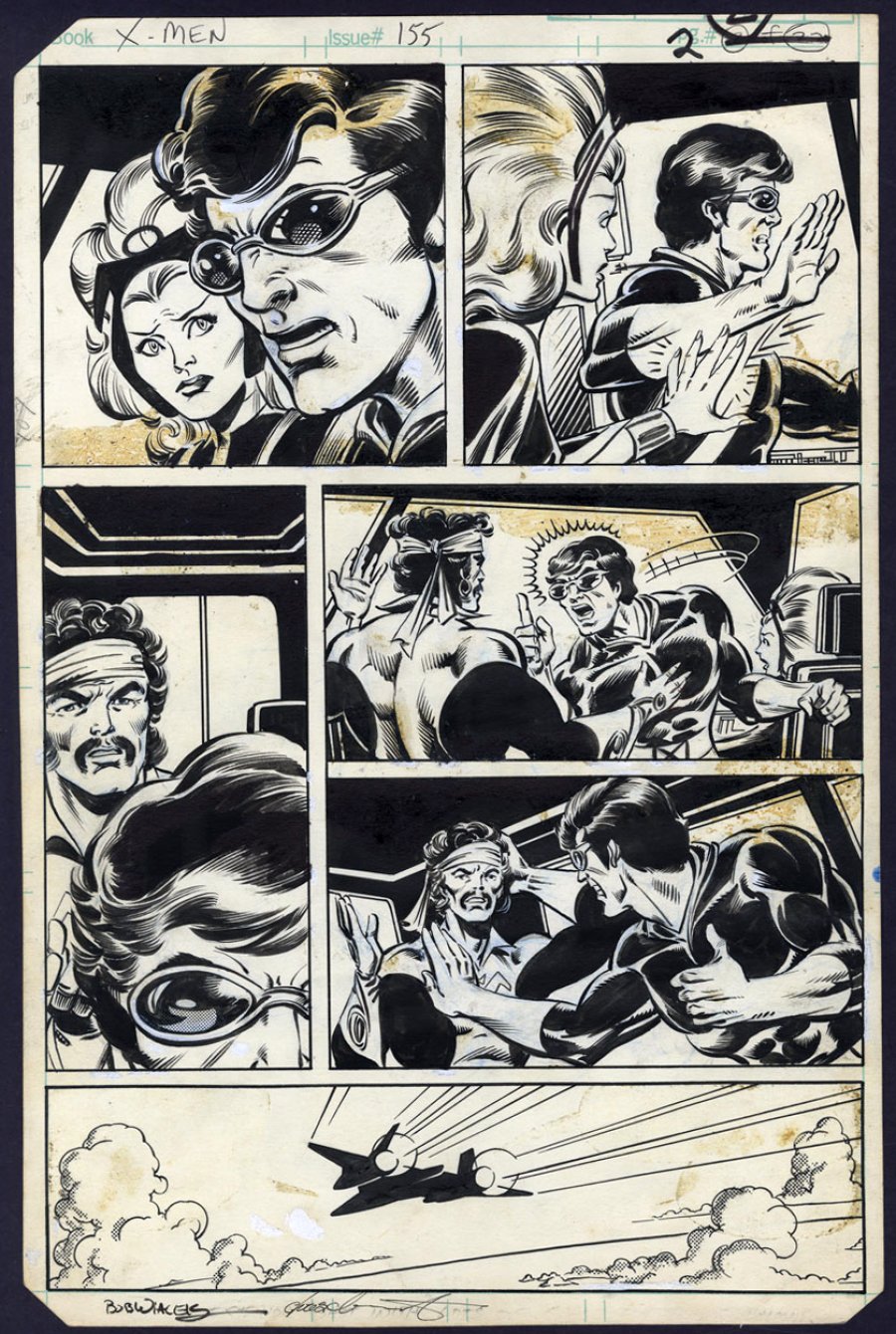 Watch
Dave Cockrum pencils/Bob Wiacek inks; page 2; 1981; image size 10" x 15"Cyclops confronts Corsair, who he has just found out is his father, while Storm tries to calm things down. Great X-Men drama by Cockrum. Pen and ink. Art is in very good condition, all of the word balloons are missing and there is yellowing from glue where the balloons had been. Signed by Chris Claremont and Bob Wiacek.