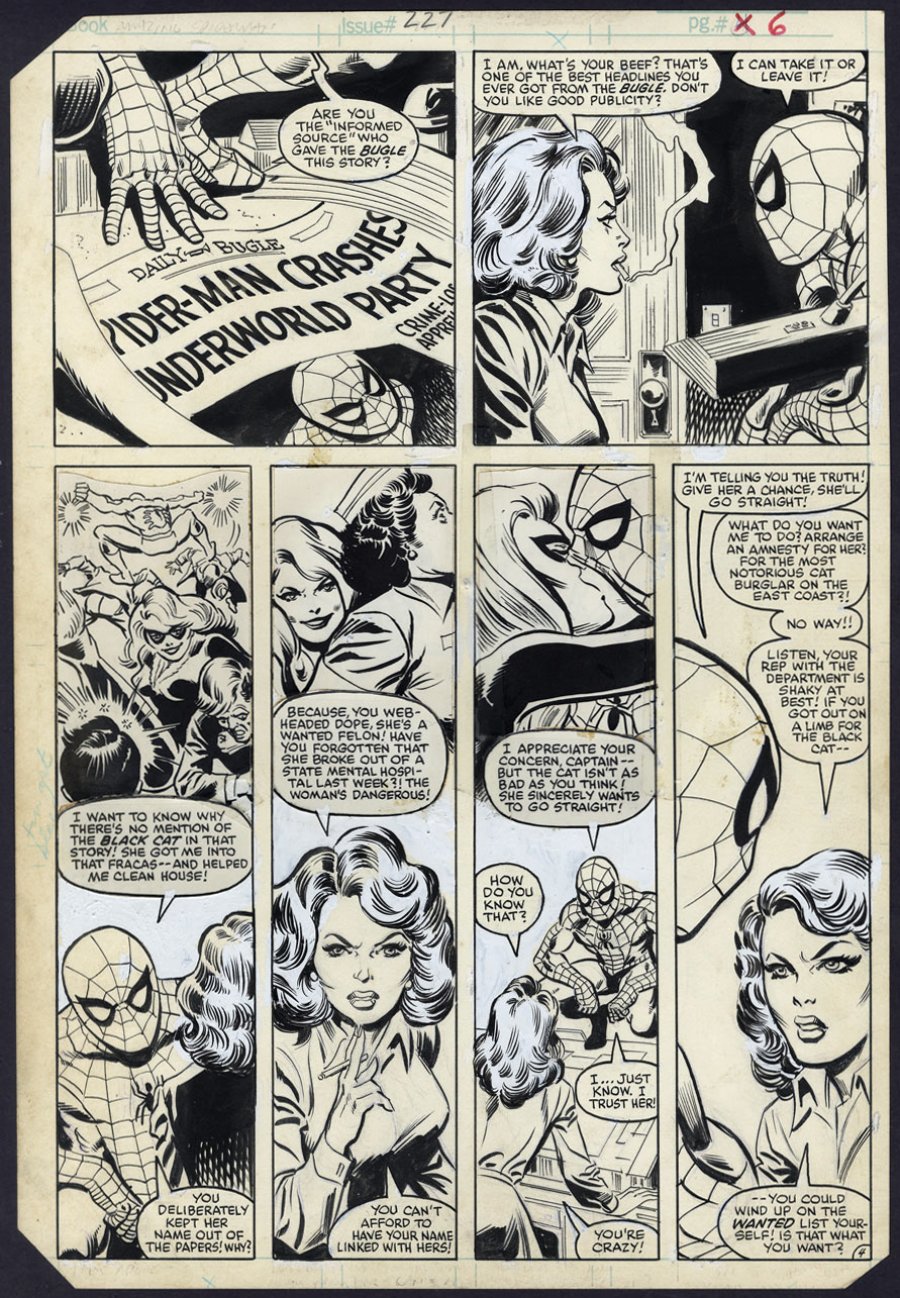 Watch
John Romita Jr. pencils/Jim Mooney inks; page 4; 1982; image size 10" x 15"Spider-Man tries to convince Captain Jean DeWolff that The Black Cat is trying to go straight, from the story 'Goin' Straight!'. Great Spider-Man art from Romita Jr. and Mooney. In panels 3, 4 and 5 the upper portions of the panels are photostats due to the art needing to be repositioned in the panels, the original drawings are underneath. Pen and ink. Art is in excellent condition.