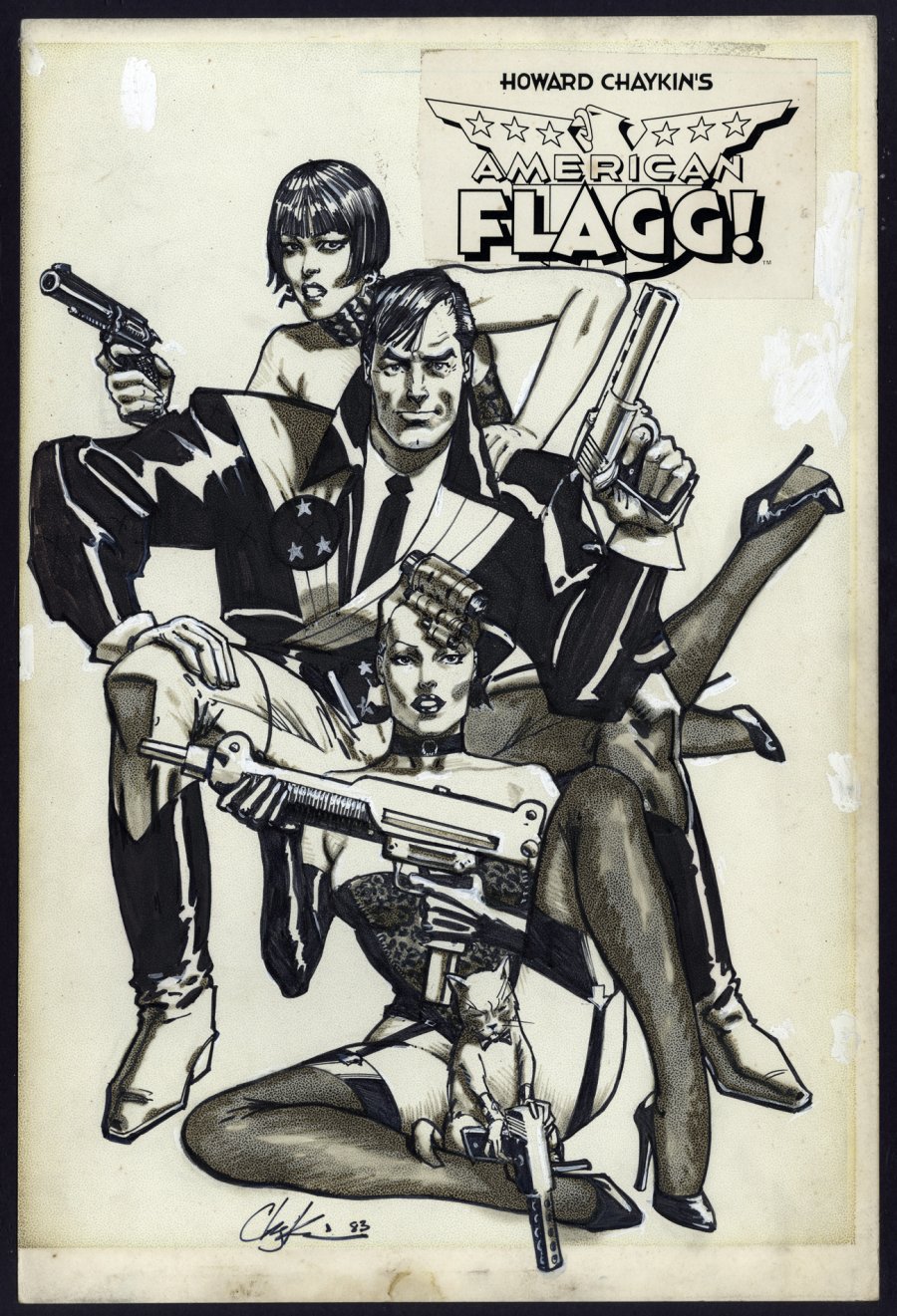 $18,000
Sold For
15
Bids
This auction has ended.
PUBLISHER: First Comics
COMMENTS: Howard Chaykin pencils and inks; original illustration for portfolio plate; 1983; image size 11.5" x 16"
Read Description ▼
Sell One Of These Inquire About This

Watch
Howard Chaykin pencils and inks; original illustration for portfolio plate; 1983; image size 11.5" x 16"you won't find A more perfect American Flagg! piece anywhere, this is just an ideal image by Chaykin. Featuring the Flagg, Crystal Gayle Marakova, Mandy Krieger, and Raul the cat, all poised and ready to take on whatever villainy comes their way. American Flagg! was one of the pioneering books in the creator driven 1980's rise of the small press, Chaykin's politically charged sci-fi epic would influence and inspire a host of up-and-coming creators that would change the way comics were created and perceived. This image is a striking portrait of the series' leads, crafted in Chaykin's signature sexually charged and stylistically graphic style. Chaykin makes excellent use of Duotone board, which allowed him to create the distinctive tones and textures that would be a large part of the series' aesthetic. Originally created for the World's Famous Comic Book Artists Portfolio (Edition Deesse, 1983). Pen and ink on Duotone board. Art is in excellent condition, the logo is a paste-up. Signed and dated by Chaykin.

We realize many of you would like to bid on this auction lot, so for this listing, ComicConnect.com offers a 6 month, interest free, time payment plan with a 20% non-refundable deposit. Time Payments invoices can only be paid by cash, check, money order or wire transfer. LEARN MORE
Artist Information