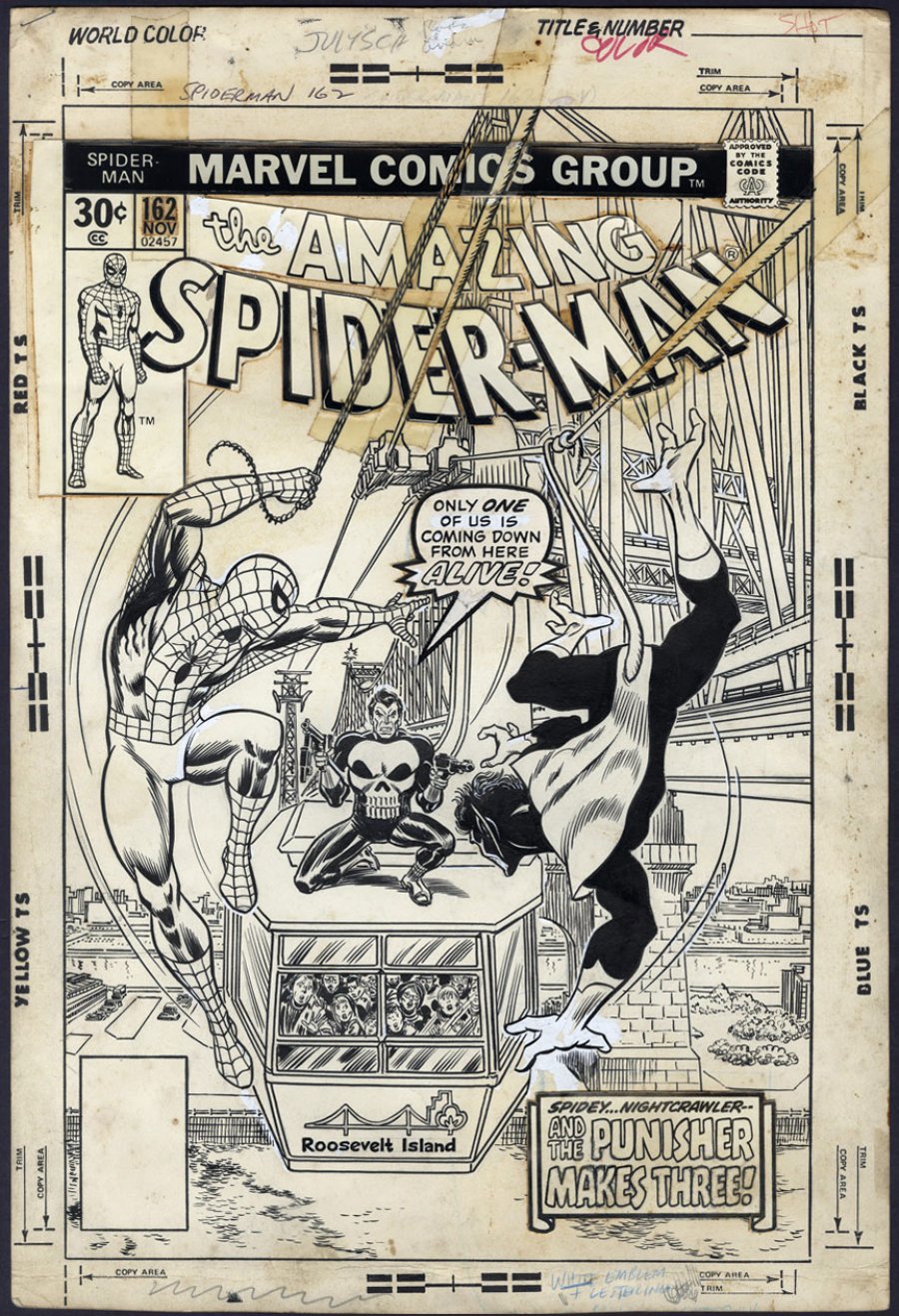 $124,200
Sold For
48
Bids
This auction has ended.
PUBLISHER: Marvel
COMMENTS: A 15% BUYER'S PREMIUM WILL BE ADDED TO THIS ITEM AT CONCLUSION OF THE AUCTION
Ross Andru pencils/John Romita inks; cover; 1976; image size 10" x 15"
Spidey, Nightcrawler and The Punisher!
Read Description ▼
Sell One Of These Inquire About This

Watch
A 15% BUYER'S PREMIUM WILL BE ADDED TO THIS ITEM AT CONCLUSION OF THE AUCTION
Ross Andru pencils/John Romita inks; cover; 1976; image size 10" x 15"
Spidey, Nightcrawler and The Punisher!Extraordinary, fresh to market Spider-Man cover by Andru and Romita, featuring Spider-Man and Nightcrawler facing down The Punisher (in only his sixth cover appearance!) atop the Roosevelt Island tram. A classic, memorable cover from Spider-Man's Bronze Age. Andru's slick, clean drawing was the perfect choice to follow the revolutionary work Romita contributed to Spider-Man, and this cover collaboration between the two of them feels like a natural progression to where the book was heading. To have Nightcrawler (who had only made his debut the year prior) from the X-Men appear, along with the relatively new character of the Punisher, makes this a transitional period for Spider-Man, embracing the direction the Marvel Universe was morphing into. These covers just don't come around very often, this one had been in a collection for almost 40 years! It was originally donated by Andru shortly after being published to the Chicago Comicon Benefit art Auction for Literacy Volunteers of Chicago and has never been offered for sale since. The logos and stats are all original. Pen and ink. Art is in very good condition, there are light residual glue stains and tape around the logo paste-up from the time of production. 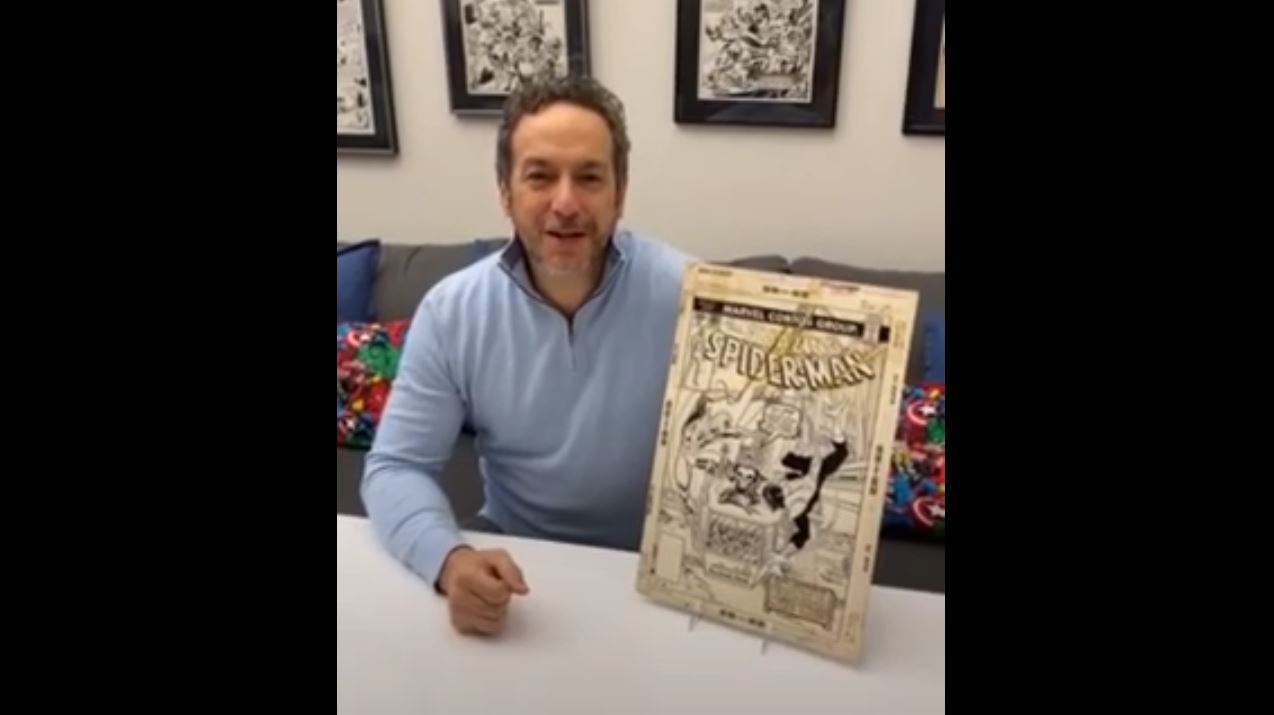