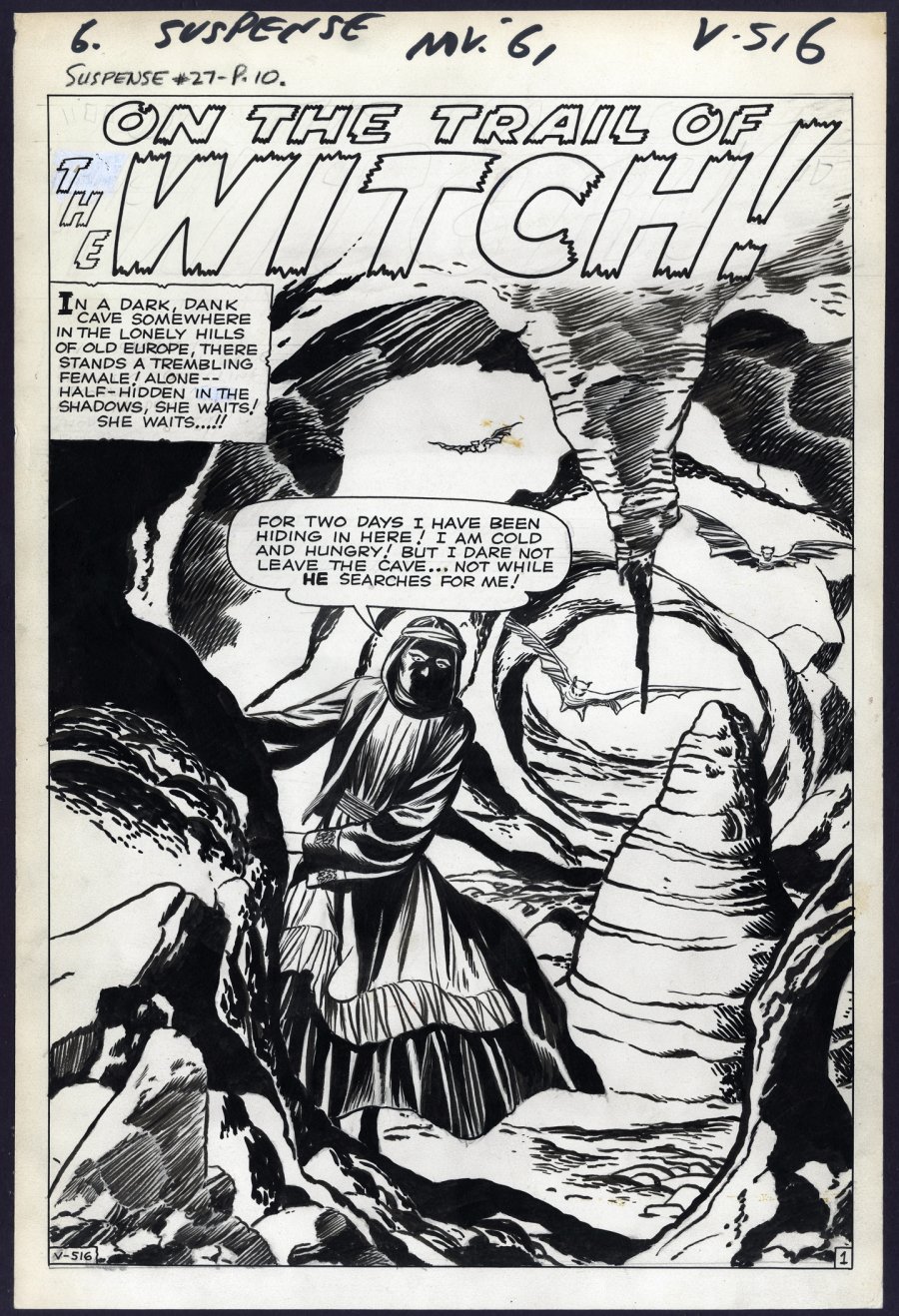 $6,670
Sold For
11
Bids
This auction has ended.
PUBLISHER: Marvel
COMMENTS: A 15% BUYER'S PREMIUM WILL BE ADDED TO THIS ITEM AT CONCLUSION OF THE AUCTION
Jack Kirby pencils/Dick Ayers inks; page 1; 1961; image size 12.5" x 18.5"
Read Description ▼
Sell One Of These Inquire About This

Watch
A 15% BUYER'S PREMIUM WILL BE ADDED TO THIS ITEM AT CONCLUSION OF THE AUCTION
Jack Kirby pencils/Dick Ayers inks; page 1; 1961; image size 12.5" x 18.5"Great pre-hero twice-up splash by Kirby from Tales of Suspense, title page from the story 'On the Trail of the Witch!'. Kirby's showing off his horror chops here with this dramatic, moody depiction of of a fearful witch hiding in a cave. Pen and ink. Art is in excellent condition.
Artists Information