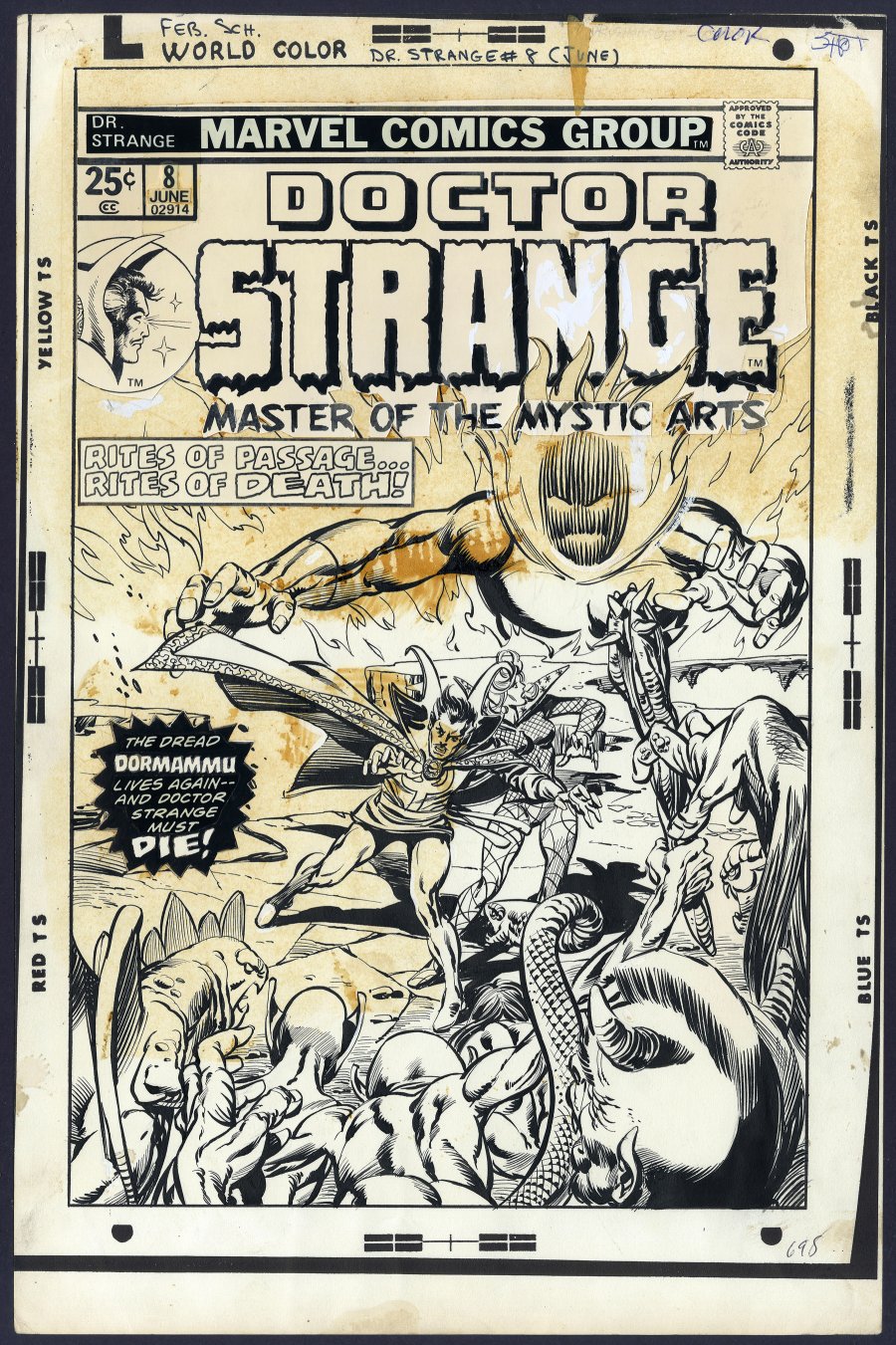 $23,575
Sold For
38
Bids
This auction has ended.
PUBLISHER: Marvel
COMMENTS: A 15% BUYER'S PREMIUM WILL BE ADDED TO THIS ITEM AT CONCLUSION OF THE AUCTION
Gil Kane pencils/Tom Palmer inks; cover; 1975; image size 10" x 15"
Read Description ▼
Sell One Of These Inquire About This

Watch
A 15% BUYER'S PREMIUM WILL BE ADDED TO THIS ITEM AT CONCLUSION OF THE AUCTION
Gil Kane pencils/Tom Palmer inks; cover; 1975; image size 10" x 15"Stunning, fresh to market cover featuring the Dread Dormammu hovering menacingly over Doctor Strange and Clea while a horde of Dark Dimension demons approaches them from the front. A classic Doctor Strange Bronze Age cover featuring his signature foe, with exquisite drawing from Kane and Palmer, the detail in the creatures in the foreground is really something, you can see the love that went into the creation of this. This piece has been hidden away for almost 40 years and Doctor Strange covers of this quality very rarely come to market. A worthy addition to any collection. Pen and ink. Art is in very good condition, there is some discoloration from glue residue from the time of production.
Artists Information