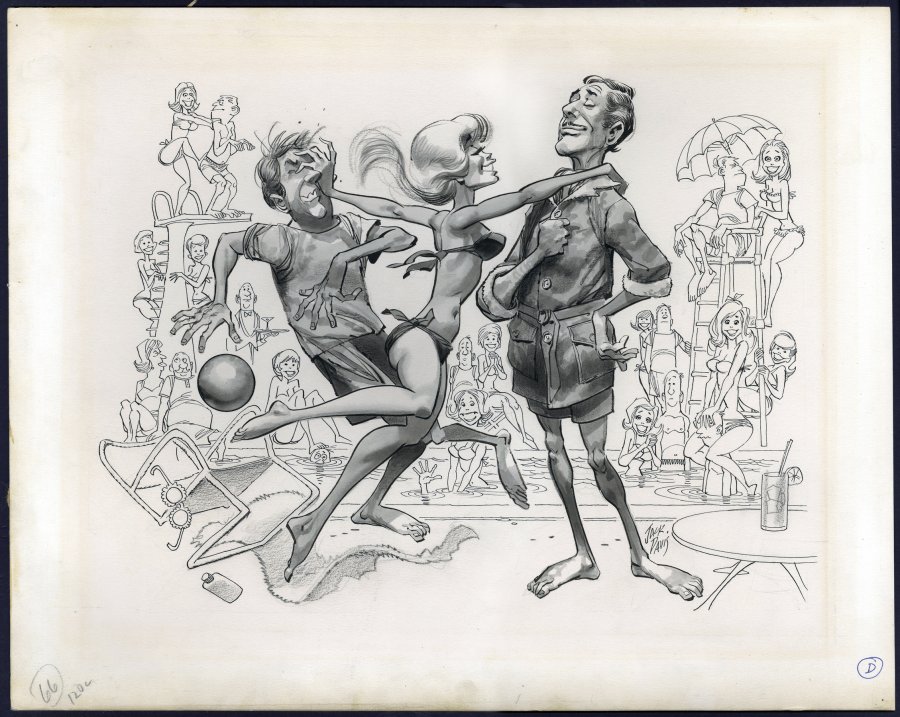 $1,025
Sold For
29
Bids
This auction has ended.
COMMENTS: Jack Davis pencils and inks; advertising illustration; c. 1970s; image size 15.5" x 12"
Read Description ▼
Sell One Of These Inquire About This

Watch
Jack Davis pencils and inks; advertising illustration; c. 1970s; image size 15.5" x 12"Stunning advertising illo by Davis for... a men's wear line of course. The drawing in this piece is quintessential Davis, from the expressions, to the wonderfully rendered detail in the foreground figures and the playfulness in the background characters. Davis shows why he was one of the most sought after illustrators of his era. Pen and ink w/ink wash. Art is in excellent condition. Signed by Davis.
Artist Information