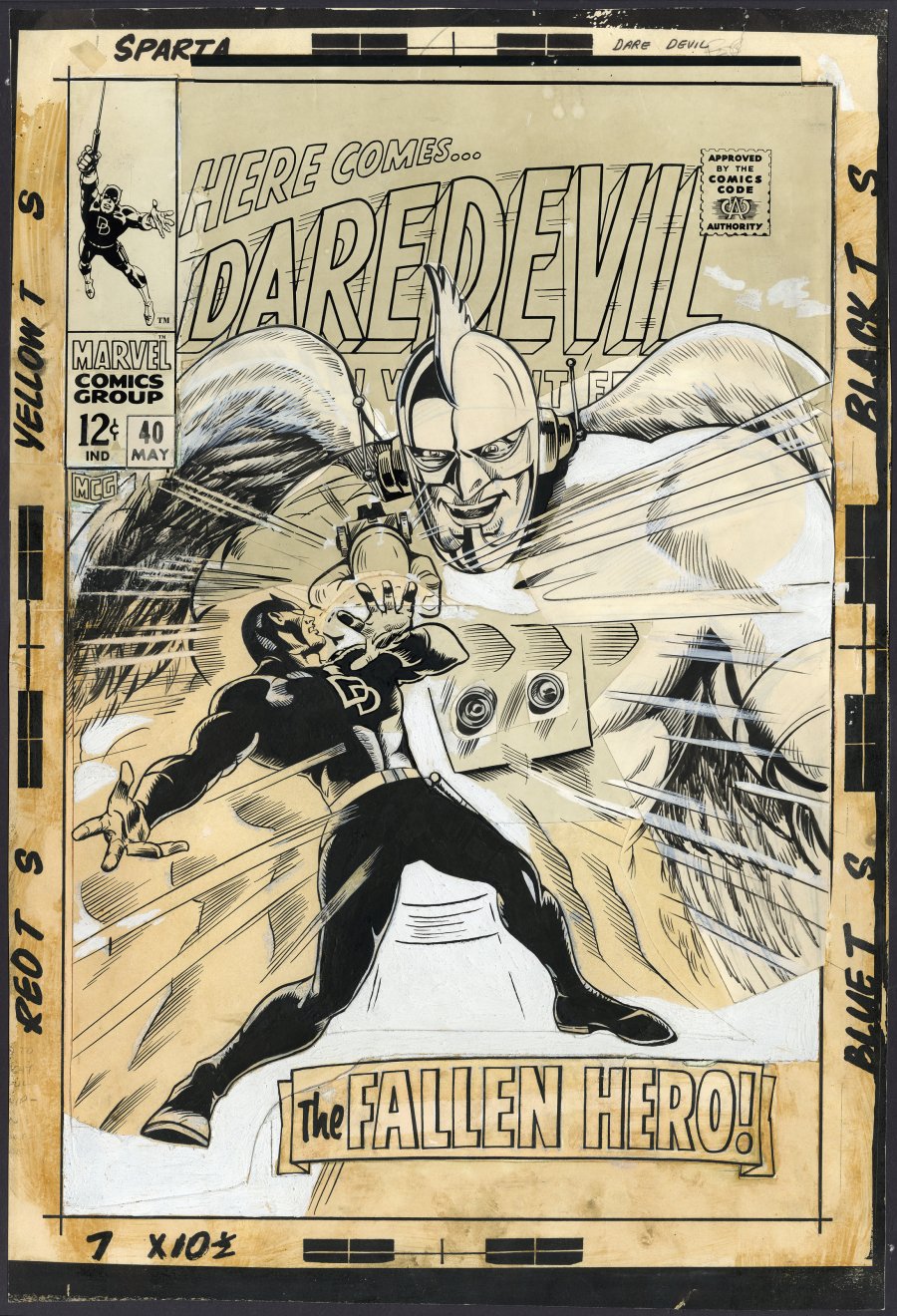 $65,038.25
Sold For
56
Bids
This auction has ended.
PUBLISHER: Marvel
COMMENTS: A 15% BUYER'S PREMIUM WILL BE ADDED TO THIS ITEM AT CONCLUSION OF THE AUCTION
Gene Colan w/Marie Severin pencils/unknown inks; twice-up cover; 1968; image size 12.5" x 18.75"
Read Description ▼
Sell One Of These Inquire About This

Watch
A 15% BUYER'S PREMIUM WILL BE ADDED TO THIS ITEM AT CONCLUSION OF THE AUCTION
Gene Colan w/Marie Severin pencils/unknown inks; twice-up cover; 1968; image size 12.5" x 18.75"Great twice-up Silver Age Daredevil cover featuring the menacing presence of Bird-Man! This cover appeared to have a strange journey from creation to publication, the original Gene Colan Bird-Man figure was completely re-drawn and pasted over by Marie Severin, this was done using a combination of new drawing and photostats with drawing added, the original drawing is underneath the paste-up. In addition, there was some reworking of the shading on the Daredevil figure, this was almost certainly done on a stat before the cover was photographed for print. The DD figure here is all Colan and all original art, inked by an unidentified artist, the white area underneath the figure at the bottom is white corrective paint. Everything on this cover is original from the time of production. Pen and ink. Art is in very good condition. 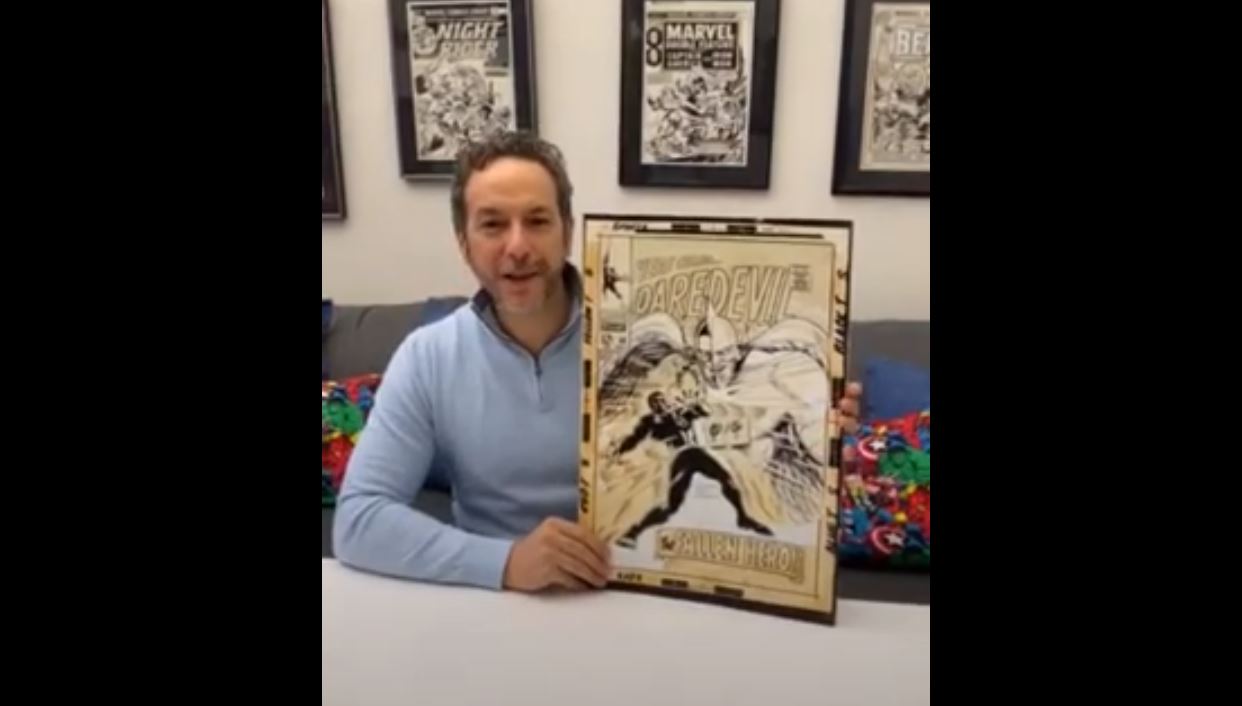