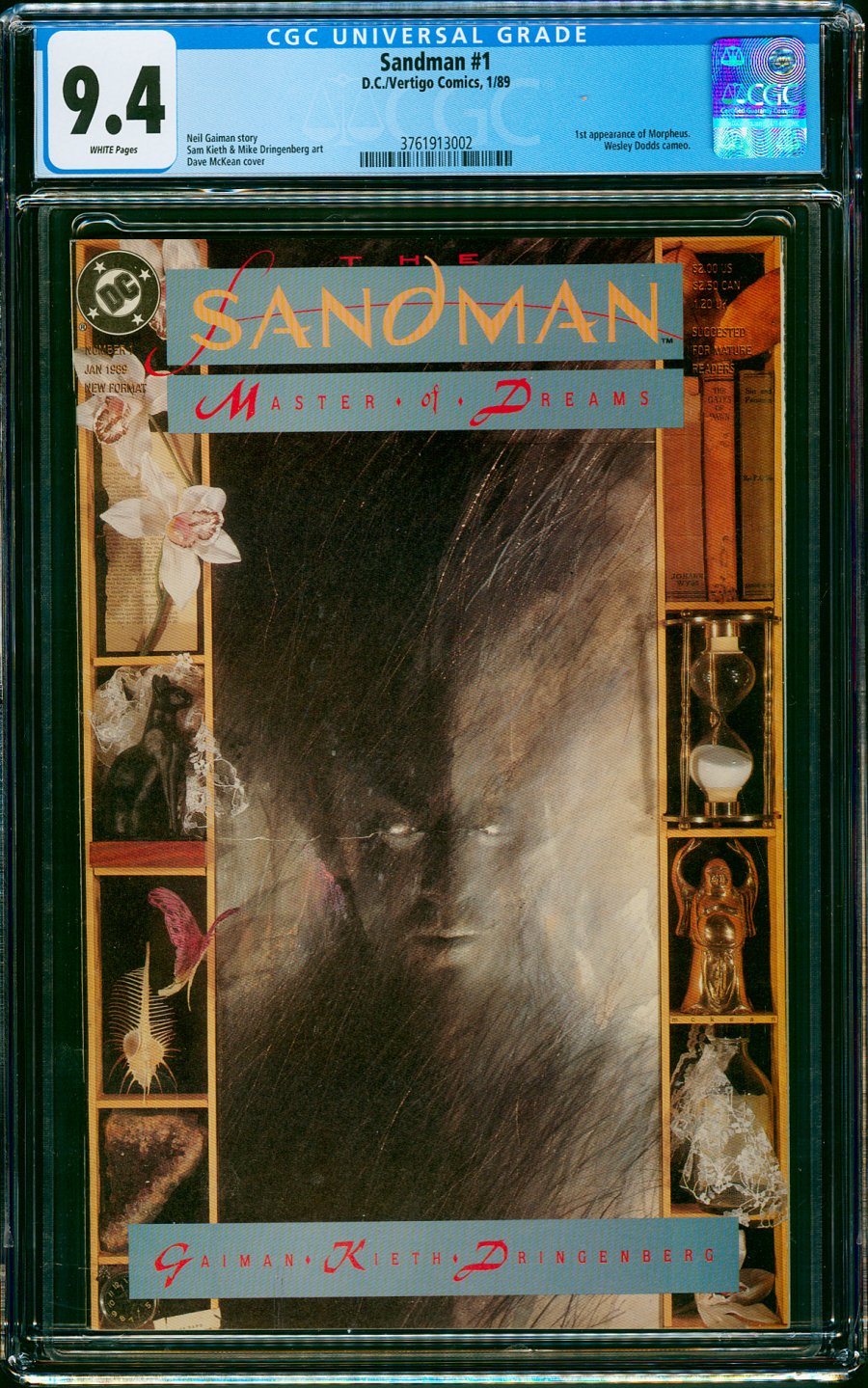 $356.50
Sold For
17
Bids
This auction has ended.
PUBLISHER: DC
COMMENTS: A 15% BUYER'S PREMIUM WILL BE ADDED TO THIS ITEM AT CONCLUSION OF THE AUCTION
white pgs
Gaiman scripts begin; 1st app. Morpheus (Sandman/Dream)
Kentucky Collection
Read Description ▼
Sell One Of These Inquire About This

Watch
A 15% BUYER'S PREMIUM WILL BE ADDED TO THIS ITEM AT CONCLUSION OF THE AUCTION
white pgs
Gaiman scripts begin; 1st app. Morpheus (Sandman/Dream)
Kentucky CollectionLauded as one of the few literary comics that actually charted on the New York Times’ Bestseller’s List, among other graphic novels like Maus, Dark Knight Returns, and Watchmen, Sandman is one of the few comics that has received the acceptance from the intelligentsia as high art, for what it is worth. Atypically, Sandman was supported by a largely female, collegiate readership, and the title would go on to defy convention in many other ways. Based on a somewhat surrealist dream logic, writer Neil Gaiman took a cult Jack Kirby title from the 70s and transformed it into something unique to the comic form, running seventy-five issues, the original series of Sandman centered around its protagonist Dream aka Morpheus and his journeys through a mythological world, encountering a variety of interesting characters along the way. Starting out as a dark horror-themed comic, the book would eventually veer into fantasy terrain as it proceeded. A most elusive and interesting read, Sandman is a realization of the vast promise of the comic book as a relevant art form, which has helped launch creator Gaiman into the stratosphere as his success continues to propagate across film, television, literature and continues to influence the comic book industry. There are plans for a Sandman series currently underway at Netflix, granting this premiere issue an even more heightened status.