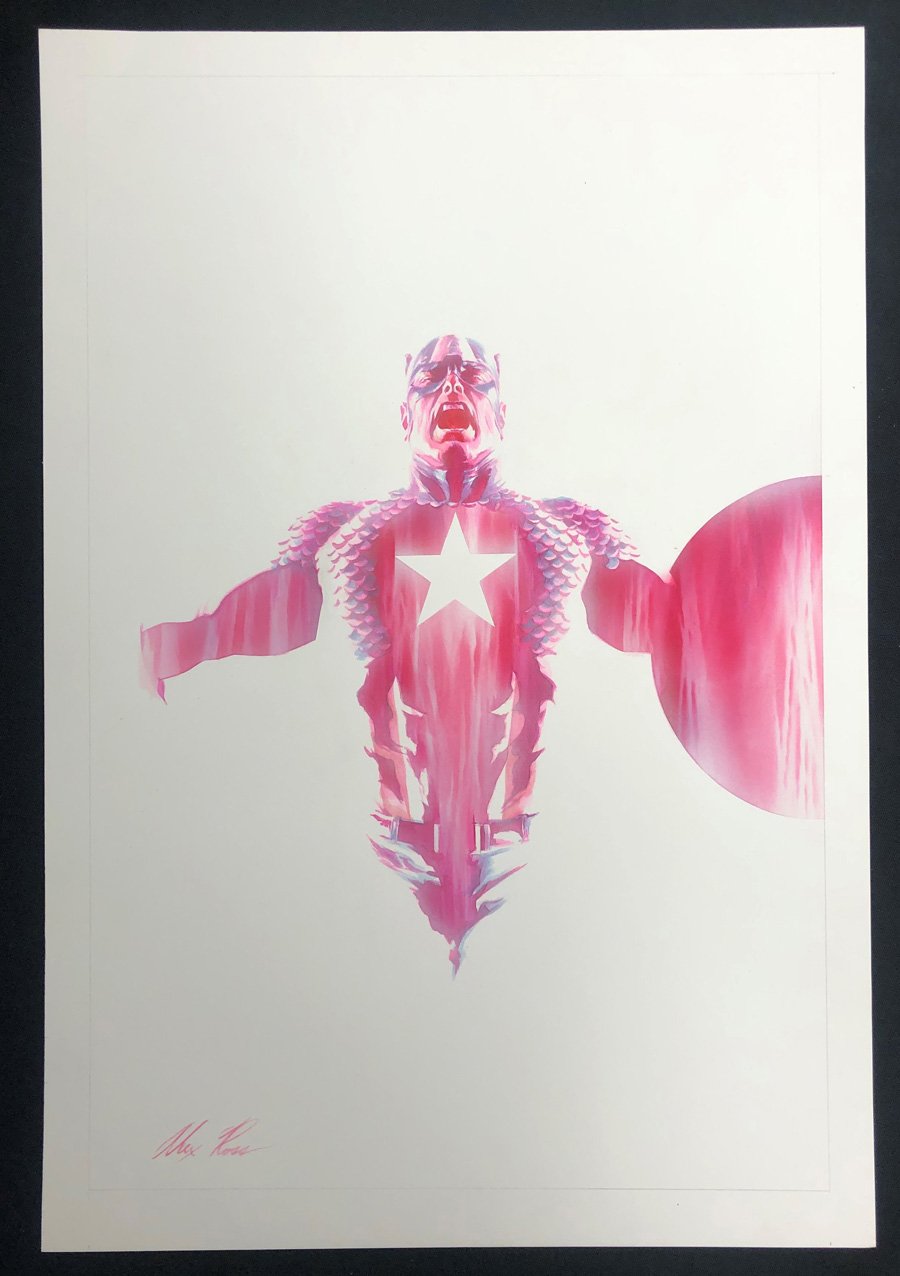 Auction Ends In
$11,000
Current Bid
27
Bids
NEXT MIN. BID: $11,200
FYI there's no need to include decimal points(.).
Bid Confirmation
You are about to submit a bid of . If you win this auction, you are legally obligated to purchase the book. Are you sure you want to continue?
Don't Show Again (except when higher than min. bid)
(No Reserve)
PUBLISHER: Marvel
COMMENTS: Alex Ross painted art; variant cover; 2009; +CGC 9.8 copy; image size 11.5" x 11"
Read Description ▼
Sell One Of These Inquire About This

Includes a CGC 9.8 copy of the comic.

If you are a new customer planning to make a first-time purchase over $25,000, please contact us 24 hours in advance of the item closing at 212.895.3999 or support@comicconnect.com so that we may approve your account for bidding. (This policy was instituted to protect consignors and bidders against bids from fraudulent accounts, and to ensure the integrity of the bidding process.) Once approved, please log out of your account and then log in, for the approval to take effect.
Artist Information