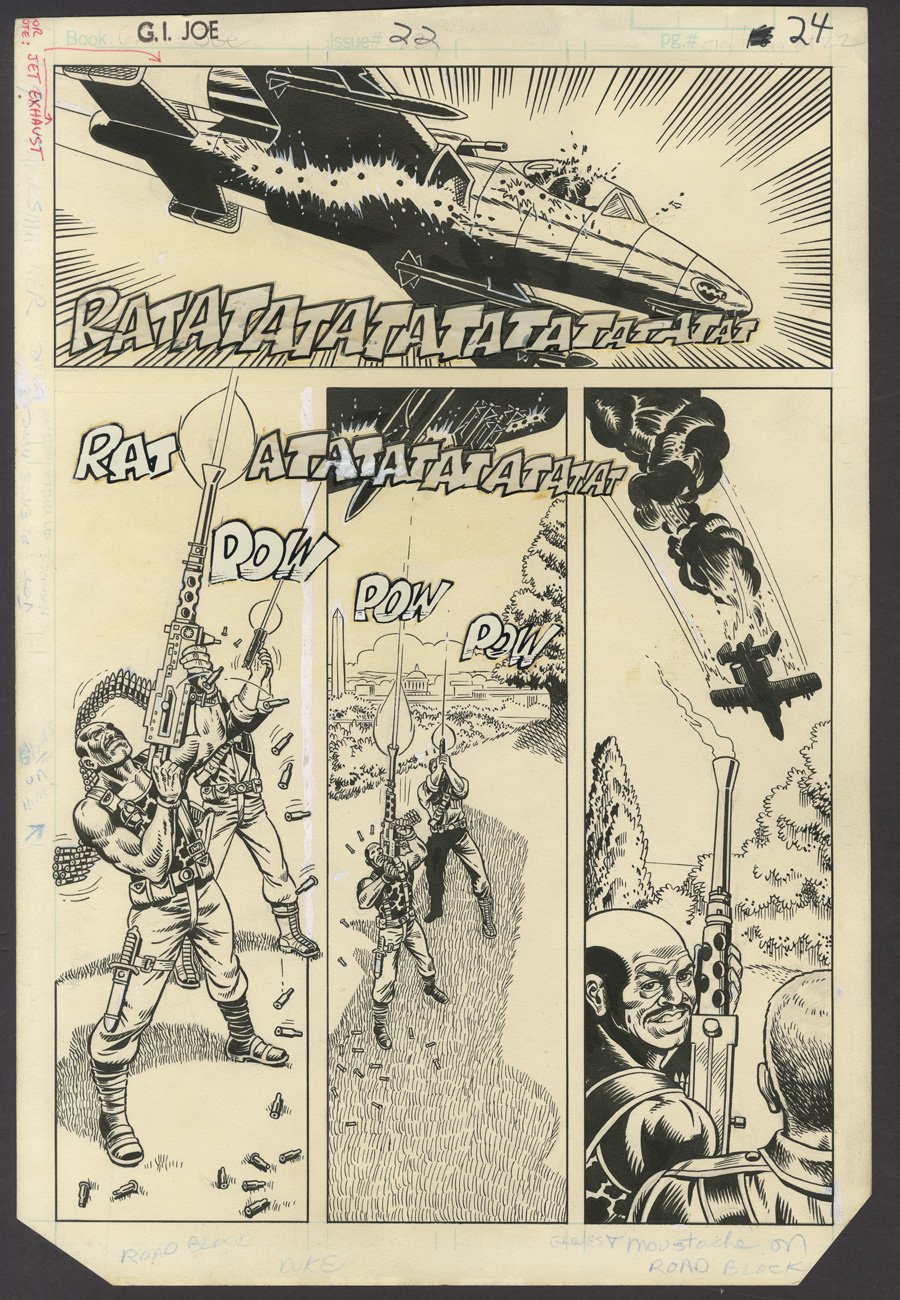 Watch
Mike Vosburg breakdowns/Jon D'Agostino finishes; page 18; 1983; image size 10" x 15"
1st appearance of Duke and Roadblock!Duke and Roadblock take down a Cobra Rattler, in their first appearance which was published around the same time as the debut of the television cartoon. Both would go on to become fan favorites in both the comics, cartoon and toy line. This issue marked the end of an era of G.I. Joe, and the beginning of a new one. It is the end of a storyline that has continued for quite some time. The end of the strictly khaki green, military realism that defined the G.I. Joe team for it's first couple of years. From here on in, the Joes would become much more specialized. Excellently portrayed by Vosburg and D'Agostino. Pen and ink. Art is in in excellent condition.
Artist Information

John P. D'Agostino, was an Italian-American comic-book artist best known for his Archie Comics work. As well, under the pseudonym Johnny Dee, he was the letterer for the lead story in the Marvel Comics landmark The Amazing Spider-Man No. 1 (March 1963), as well as other seminal Marvel comics. By 1990, D'Agostino was exclusively inking for Archie, on teen-humor stories for such titles as Archie's Pals 'N' Gals, Jughead's Time Police, Hot Dog, Explorers of the Unknown, Sabrina the Teenage Witch, and the video game licensed comic Sonic the Hedgehog.