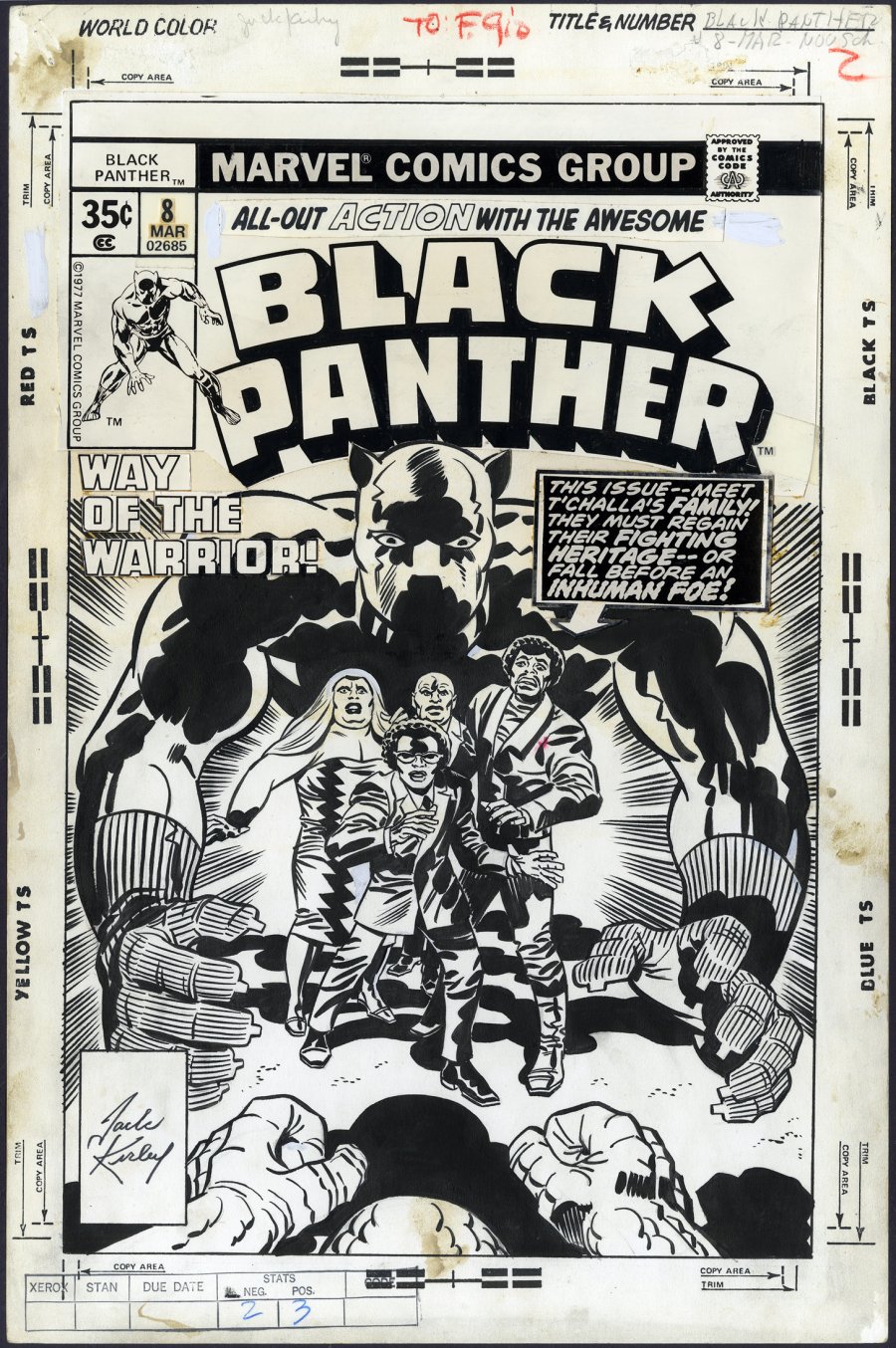 Watch
Jack Kirby pencils/Frank Giacoia inks; cover; 1977; image size 10" x 15"T’Challa looms protectively over his family while the mostly unseen figure of his half-brother, Jakarra, mutated by Vibranium radiation, approaches menacingly. Beautifully drawn by Kirby, with bold inks from Frank Giacoia, Black Panther is one of the King’s many enduring characters. This cover is classic Kirby, as the oversized image of Black Panther, arms outstretched, provides safety to the people under his care, and the deformed Jakarra enters from the bottom of the frame. Pen and ink. Art is in excellent condition; the logo and all text paste-ups are original. Signed by Kirby.

The Black Panther has proved to be one of Kirby’s most significant contributions to the Marvel canon, continuing to inspire new generations through his appearances in comic books as well as his star turn in the Marvel Cinematic Universe where he was perfectly portrayed by the late Chadwick Boseman. The importance of Black Panther for young people of color cannot be overstated. His blockbuster film appearances helped reboot the character as a sorely needed iconic hero and inspirational role model for a new generation of fans.