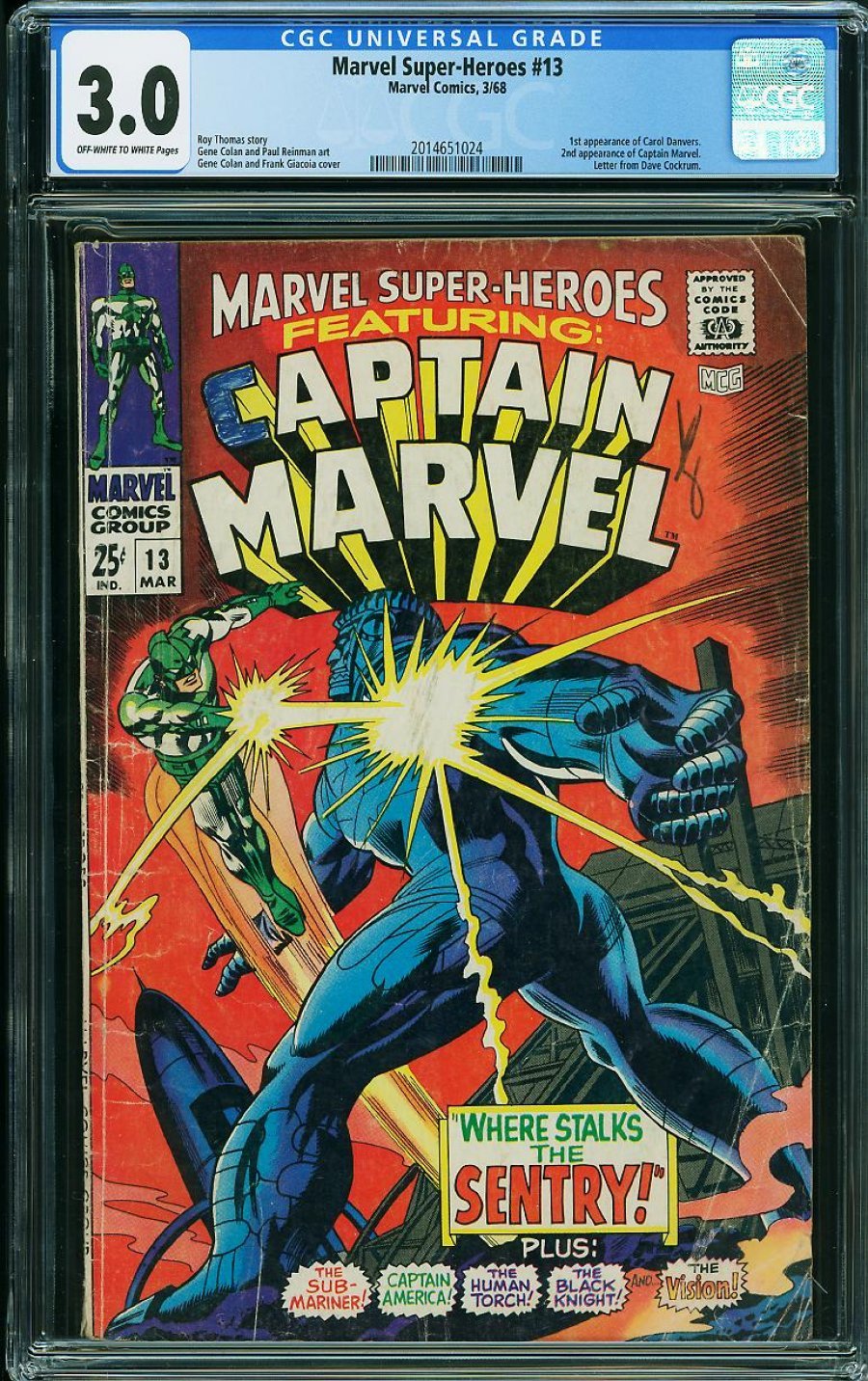 --
Accepting Offers
--
Offers
FYI there's no need to include decimal points(.).
Offer Confirmation
You are about to submit an offer of . If accepted, you are legally obligated to purchase the book. Are you sure you want to continue?
FYI there's no need to include decimal points(.).
Buy Confirmation
You are about to buy this item for , and will be legally obligated under the terms of our User Agreement to pay for it in a timely fashion. Continue?
PUBLISHER: Marvel
COMMENTS: Off-White to White pgs; Universal holder; Unrestored; CGC#2014651024
1st app. Carol Danvers (Ms. Marvel), 2nd Captain Marvel (from Marvel Cinematic Universe) (3/68)
Read Description ▼
Sell One Of These Inquire About This

Watch
Off-White to White pgs; Universal holder; Unrestored; CGC#2014651024
1st app. Carol Danvers (Ms. Marvel), 2nd Captain Marvel (from Marvel Cinematic Universe) (3/68)"Dr. Lawson, this is Miss Danvers! Man or woman, she's the finest head of security a missile base could want!" A bold introduction to one of Marvel’s most notable heroines. Marvel Super-Heroes #13 features the first appearance Carol Danvers aka Ms. Marvel, later Captain Marvel. In this issue Yon-Rogg the Kree military officer (making his second ever appearance) attempts to kill Mar-Vell by using a Kree Sentry Robot, during the ensuing battle, the two to become mortal enemies. Yon-Rogg's hatred for Mar-Vell inspires him to kidnap Carol Danvers and, while attempting to rescue her from an explosion, Mar-Vell imprints some of his alien DNA onto Carol. As a result, she would resurface with new superpowers and adopt the codename Ms. Marvel as a homage to her friend Mar-Vell/Captain Marvel. This issue is of historical significance in Marvel Comics as Danvers would go on to be one of the most recognized female superheroes and a staple in the Avengers. This issue also has been loosely adapted in numerous Marvel licensed TV shows and movies, including 2019's “Captain Marvel,” which also features Yon-Rogg as portrayed by Jude Law. With the expansion of the Kree mythology in the MCU, fans and comic book collectors can expect the demand for this book to drive up as all the major players in the early Mar-Vell mythology are present in this issue.