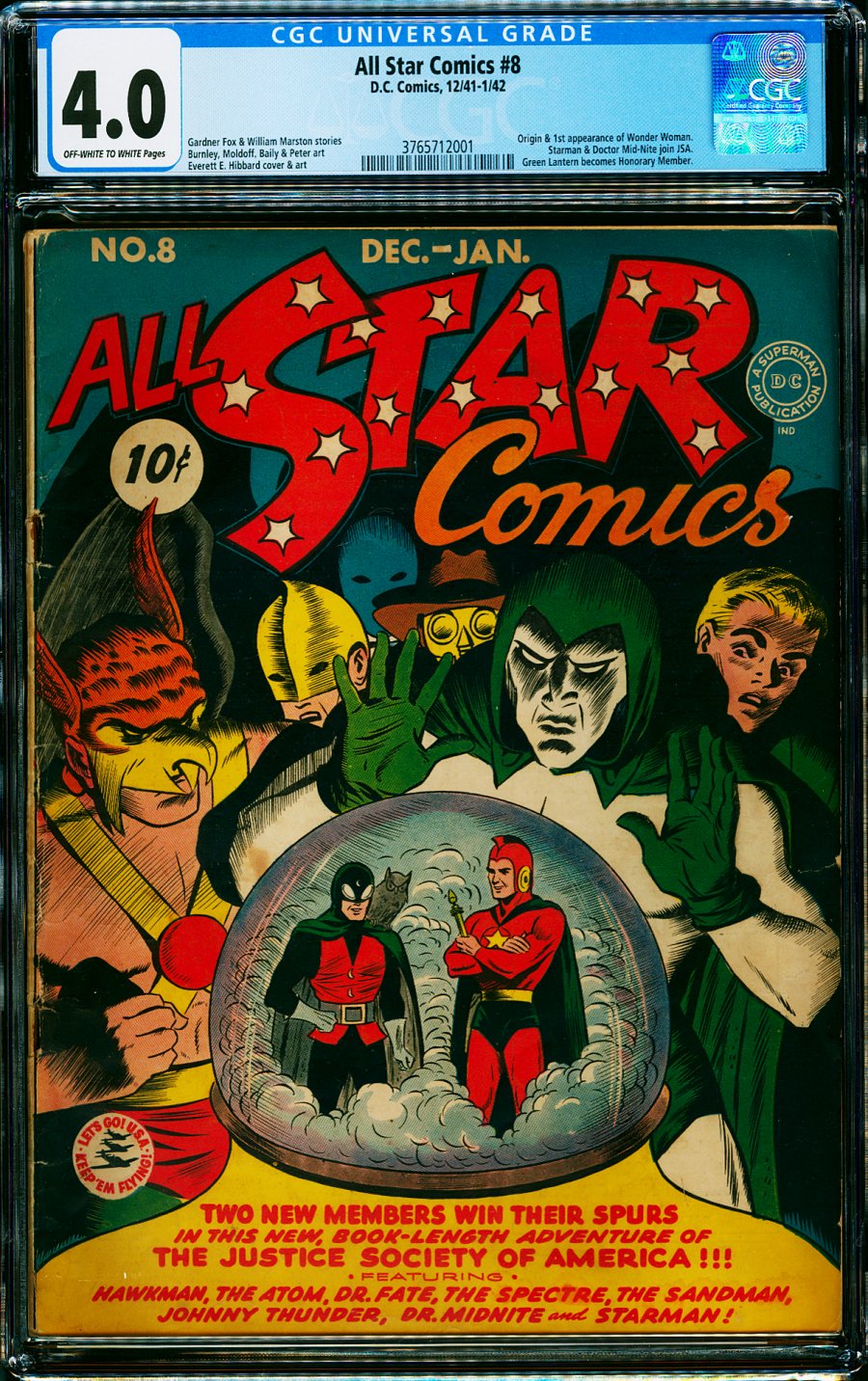 $42,000
Sold For
35
Bids
This auction has ended.
PUBLISHER: DC
COMMENTS: ow/white pgs
origin and 1st app. Wonder Woman; one of the scarcest major Golden Age keys!
Read Description ▼
Sell One Of These Inquire About This

Watch
ow/white pgs
origin and 1st app. Wonder Woman; one of the scarcest major Golden Age keys!DC's Big Three were blessed with auspicious beginnings. All Star Comics #8 did for Wonder Woman what Action #1 and Detective #27 did for Superman and Batman. America's Guardian Angel was an instant hit who served as a graphic representation of the women's war effort during WWII, predating Rosie the Riveter by two years. The daughter of Hippolyta rescued fighter pilot Steve Trevor, whose pursuit of a Nazi spy ended with his crash landing on Paradise Island. Men were forbidden on the island, but in divining his past, Hippolyta recognized that he was a hero worthy of sacrifice. The Amazons decided to aid the war effort to defeat the vile Nazis with the lovely Diana ultimately chosen for the assignment. The upside potential of this issue cannot be stressed enough. Wonder Woman's overdue solo film received critical acclamation and birthed a whole new generation of fans and feminists alike, "Wonder Woman 3" is slated for a 2023 release.

Click here to view the interior page of the first appearance!
This almost 80-year-old book contains not only the debut and origins of the fiercest female superhero of all time, but also off-white to white pages. Where else can you find something so momentous? The members of the Justice Society stand together on the cover, watching over Starman and Doctor Mid-Nite from afar. The shadow figures are truly awesome, commanding respect and fear alike. Only 187 copies are recorded on the census, and this is one you won't want to miss. A key issue of this magnitude only ever grows with time - in esteem, significance, and value.