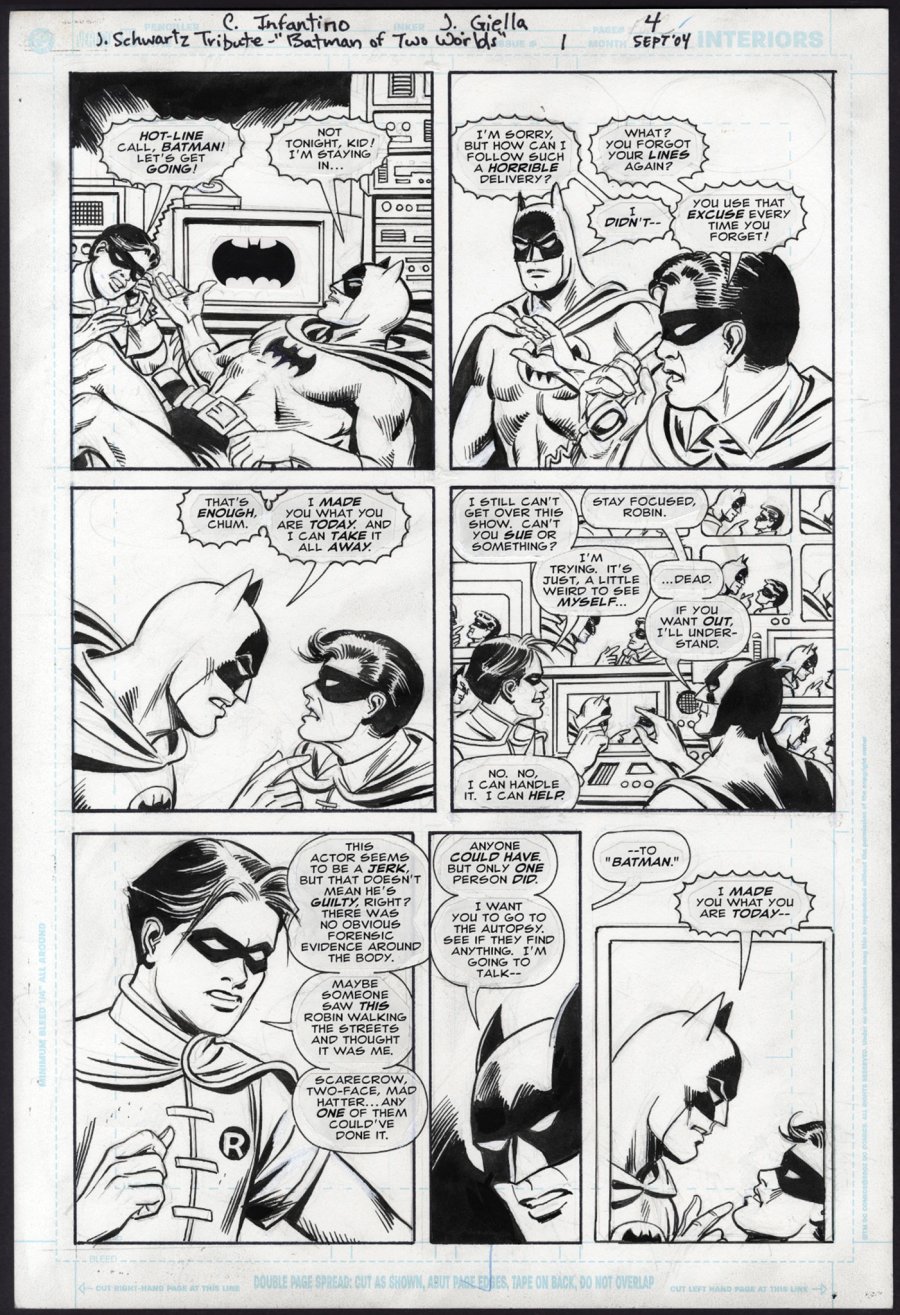 Watch
Carmine Infantino pencils/Joe Giella inks; page 4; 2004; image size 10" x 15.25"Carmine Infantino and Joe Giella collaborated on "Batman of Two Worlds" from DC Comics Presents: Batman #1, the comic was one of eight one-offs published in tribute to beloved DC Editor Julius "Julie" Schwartz after his passing in 2004. The plot involves the Dynamic Duo investigating a murder involving two actors that portray Batman and Robin on television, which turns out to be a hoax perpetrated by the dastardly Clayface to lure the superheroes into his clutches. The throwback style employed is a sly inside joke by Infantino and Giella who originally illustrated the cover to Batman #183, which was the inspiration for this book's cover. The two industry veterans do a bang up job showcasing the tried-and-true skills that they honed over the decades to pay homage to their friend in this interesting page from a special comic in the DC catalog. Pen and ink. Art is in excellent condition. Signed by Pope.
Artists Information