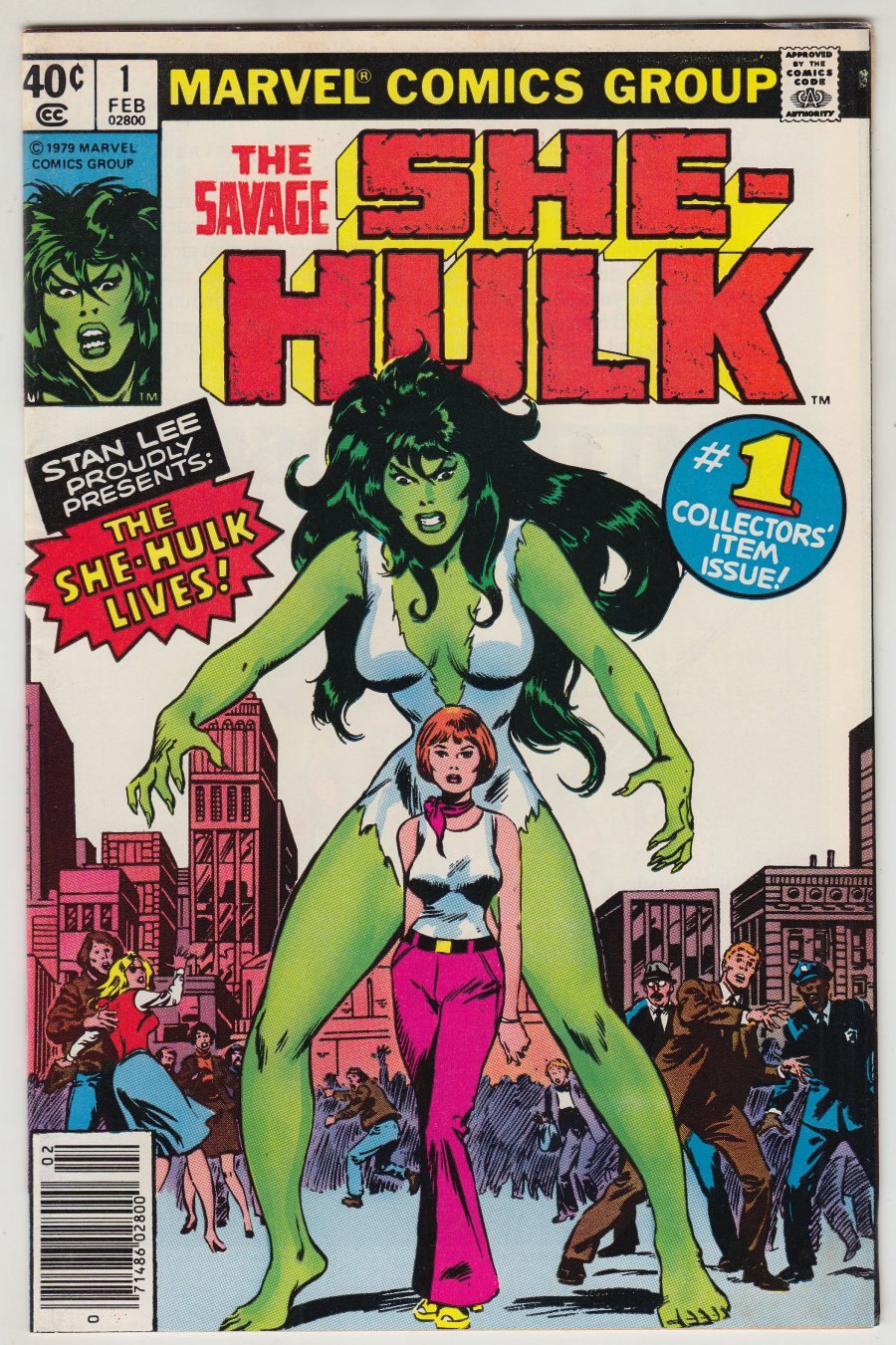 Watch
ow pgs
John Buscema cvr/art; origin & 1st app. of She-Hulk; T.V. Show coming soon!Before his return to comics in 1992, Legendary writer/editor Stan Lee's last creation for Marvel Comics was the Savage She-Hulk. With the success of the “Incredible Hulk” TV show and “The Bionic Woman” Marvel feared TV execs might try to introduce a female version of the hero like what was done with the “Six-Million-Dollar Man.” Enter attorney Jennifer Walters, cousin to Bruce Banner, who after a near-fatal accident gets a blood transfusion from her gamma-irradiated cousin giving her the incredible super-powers of the Hulk. Just Like her cousin, Jen's transformation is triggered by anger, however she would eventually gain control over her powers and be able to change at will. Over the years her personality was retooled from an angry violent heroine to a more fun and whimsical attitude, as she is also one of the few Marvel characters to break the fourth wall. Also, unlike her cousin She-Hulk is able to communicate fluently in her hulked-out form, she's described as fiery, confident, and assertive as she chooses to retain her bulky form even when in the court room. Although her initial run was cancelled in 1982, She-Hulk garnered a cult following where she made guest appearances in several books while becoming a member of various superhero teams, including the Avengers and the Fantastic Four. She-hulk has also appeared in Marvel TV shows and video games over the years. Currently, Marvel Studios is in pre-production for a live action series based on the character’s legal and superhero adventures. With the She-Hulk show slated to come out next year fans can expect this book to be in high demand as her popularity will no doubt grow in stature,