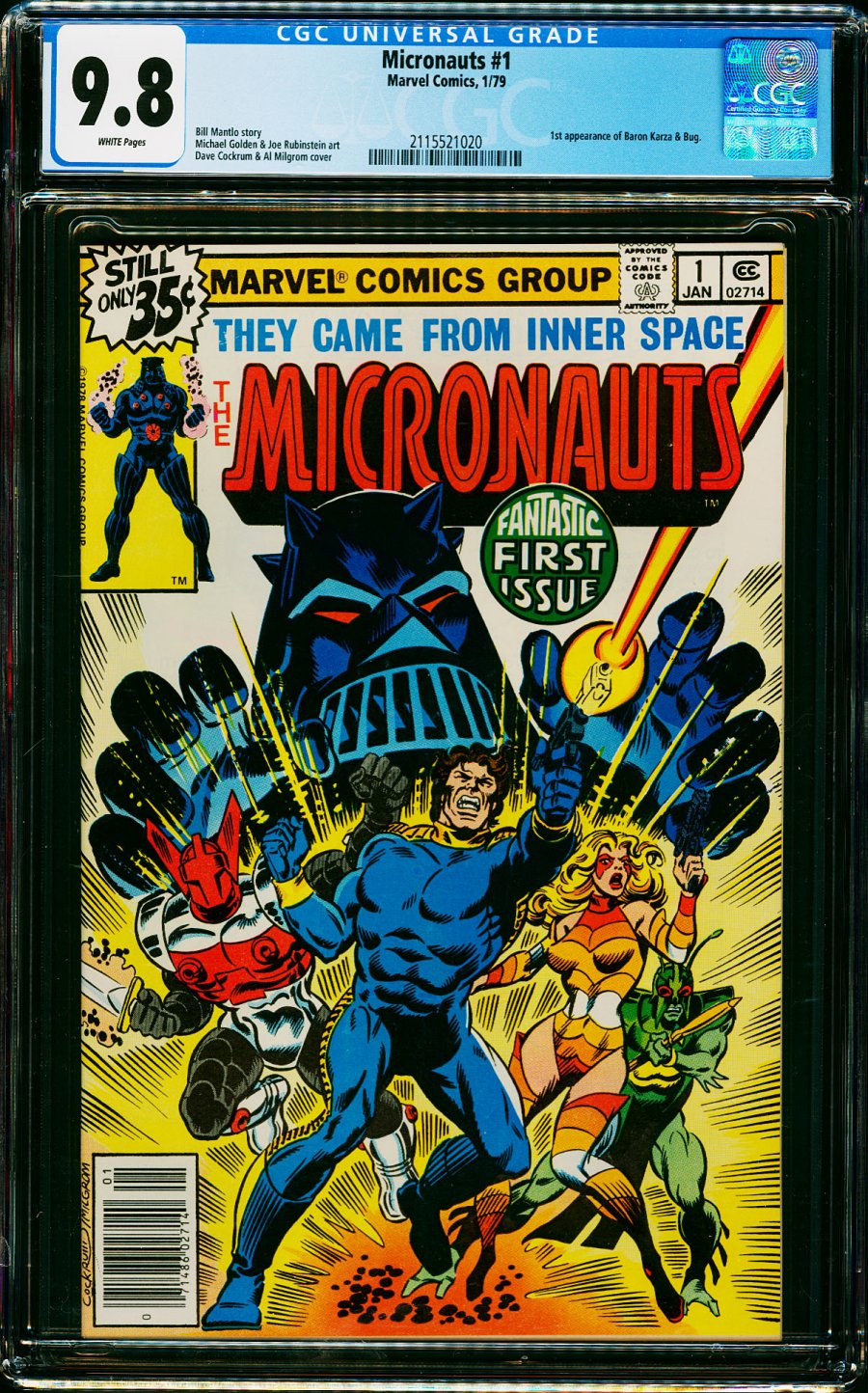 $361
Sold For
18
Bids
This auction has ended.
PUBLISHER: Marvel
COMMENTS: white pgs
Dave Cockrum/Al Milgrom cvr; 1st app. of Baron Karza and Bug (Micronauts movie for 2021 - get 'em now)
Highest Graded
Read Description ▼
Sell One Of These Inquire About This

Watch
white pgs
Dave Cockrum/Al Milgrom cvr; 1st app. of Baron Karza and Bug (Micronauts movie for 2021 - get 'em now)
Highest GradedBased on a line of Japanese action figures, imported to the states by Mego, rights to the Micronauts were acquired by Marvel after comic writer Bill Mantlo stumbled across some of the sci-fi toys his son received as a gift on Christmas in 1977. Much like Marvel’s Star Wars series, the Micronauts would take on a life of their own and title would continue on until 1986, a good six years after the line of toys had been pulled from toy store shelves. The engaging combination of characters adapted from the toy line and original characters created by the minds at Marvel proved to be a fortuitous mixture, which, along with striking art by Michael Golden, captured the imaginations of young sci-fi fans of the era, who were awash in space operas and fantasy fiction. The comic features the protagonists; Rann, Mari, Acroyear, Bug, Biotron, and Microtron, versus the power-mad Baron Karza and his Dog Soldiers, set in a microscopic universe. As the Micronauts flee from captivity, they penetrate the “Spacewall” and end up on Earth, but the catch is, they are the size of, you guessed it, action figures. It has been recently announced that a Micronauts film is in the works at Paramount, so it is advisable to own a copy of this first issue, and if you weren’t previously aware of the cult following of this entertaining title, congratulations, you are in for a fun ride should you decide to check out the entire run.