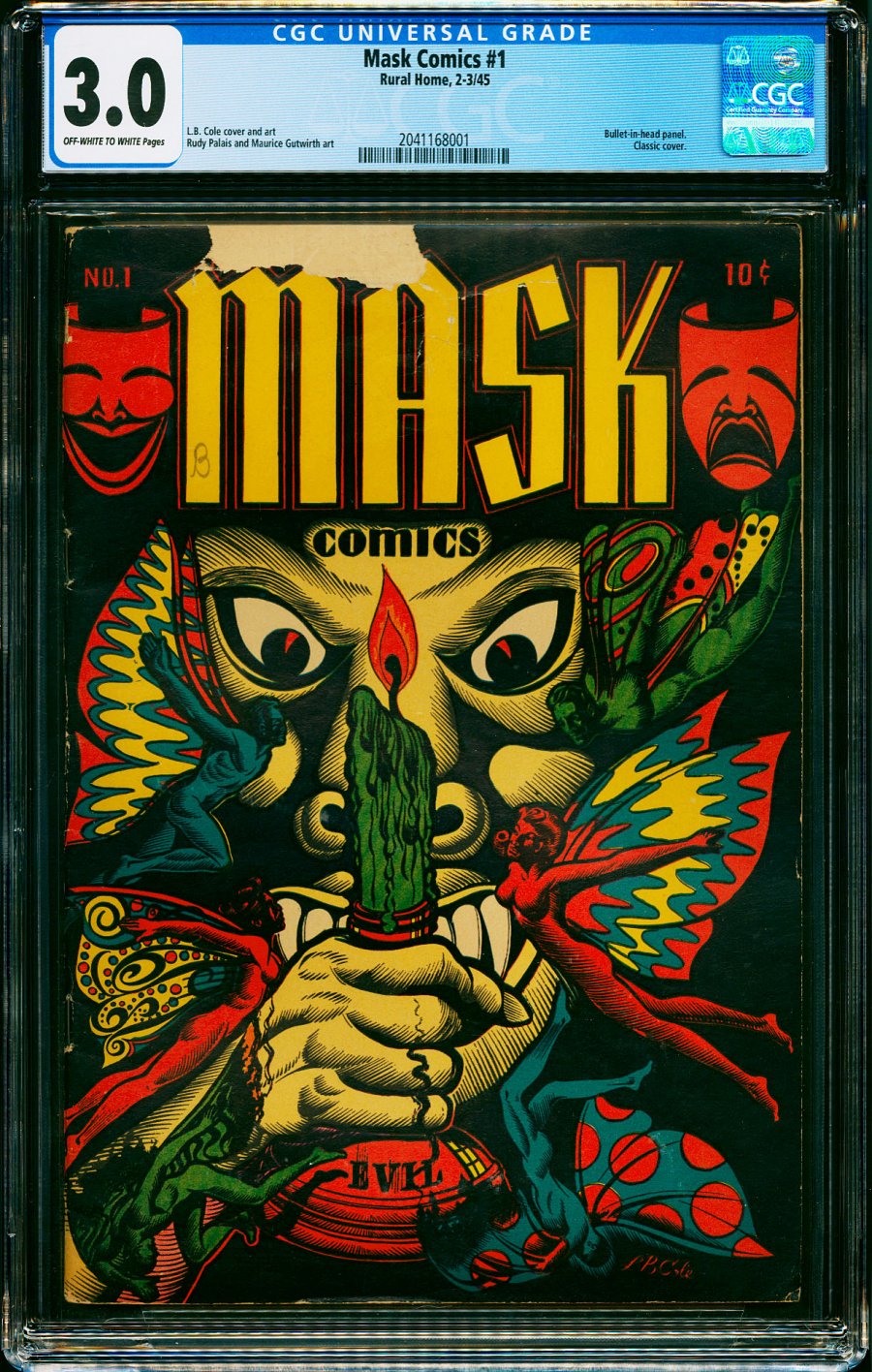 $9,600
Sold For
35
Bids
This auction has ended.
PUBLISHER: Rural Home
COMMENTS: ow/w pgs
classic L.B. Cole cvr/art; bullet in the head panel
Read Description ▼
Sell One Of These Inquire About This

Watch
ow/w pgs
classic L.B. Cole cvr/art; bullet in the head panelThere are a handful of artists from the Golden Age of comics whose style and skill are immediately recognizable, Lou Fine, Alex Schomburg, and L.B. Cole are the standouts, rising above the glut of talented and some, not so talented, illustrators that worked in the dawn of the comic book. Cole is without question one of the most remarkable artists to work in comics in any era, employing a range of skills he developed at the University of Berlin, his bold, bright style has become the stuff of legend over the years as comic art has begun to be taken more seriously. It is quite possible that his covers for Mask Comics are the most popular and well-known of his entire career, and the quasi-psychedelic cover to issue #1 is a very sought-after book from the Golden Age. Employing what he referred to as “poster colors,” Cole’s work was the very essence of eye-catching, this book would certainly stand out from the crowd on a spinner rack or newsstand, it is simply stunning work of a sort not normally associated with the Golden Age. The cover for Mask #2 is equally impressive, but this issue holds a particular draw for serious collectors, and it has more than earned it a well-deserved place among the most important books of the Golden Age, a book that goes for staggering numbers, even at lower grades.It is fortunate that the piece missing from this cover barely affects the sumptuous artwork, which is otherwise as beautiful and striking as ever.