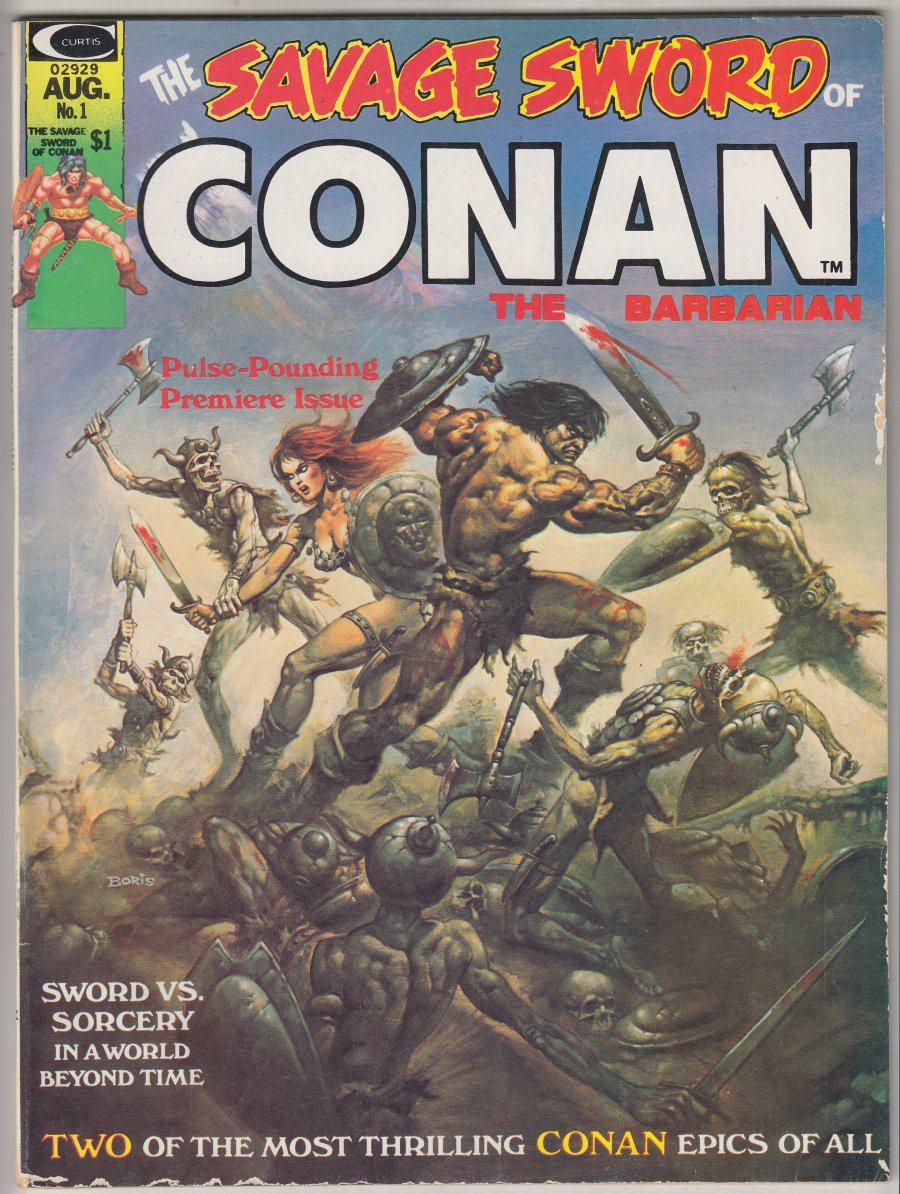 Watch
minor bug chews
Boris cover; Adams, Kane, Smith art (8/74)The Savage Sword of Conan was a B&W magazine published by Marvel’s Curtis imprint starting in the 1970s and was far and away the most successful property in the magazine department at the House of Ideas. At the time magazines were allowed to contain more adult content, as long as they were the correct size and were predominantly black and white. Warren publishing was another entity that cashed in on the magazine fad that carved out a niche in the decade and led to more adult-themed full color mags like Heavy Metal eventually becoming accepted. Conan was already a successful comic book for Marvel so it must have been a no brainer to translate the ribald and violent adventures of the muscular barbarian into a more naughty and bloody affair. Running for well over 200 issues, the Savage Sword of Conan has a loyal cult following , the magazine was stuffed with tales of might and magic starring Conan and a variety of other fantasy heroes and heroines, plus there were plenty of amazing pin-ups by some of the best artists in the industry crammed into the pages. This first issue remains a popular collectible, and it features an adapted tale from the original Conan stories written by creator Robert E. Howard, it co-stars the lovely Red Sonja, and even includes some H.P. Lovecraft references. This book is an important piece historically which is a definite target for all Sword & Sorcery fans out there, a genre which is enjoying a renaissance at present thanks to Game of Thrones and other similar Fantasy films and TV programs.