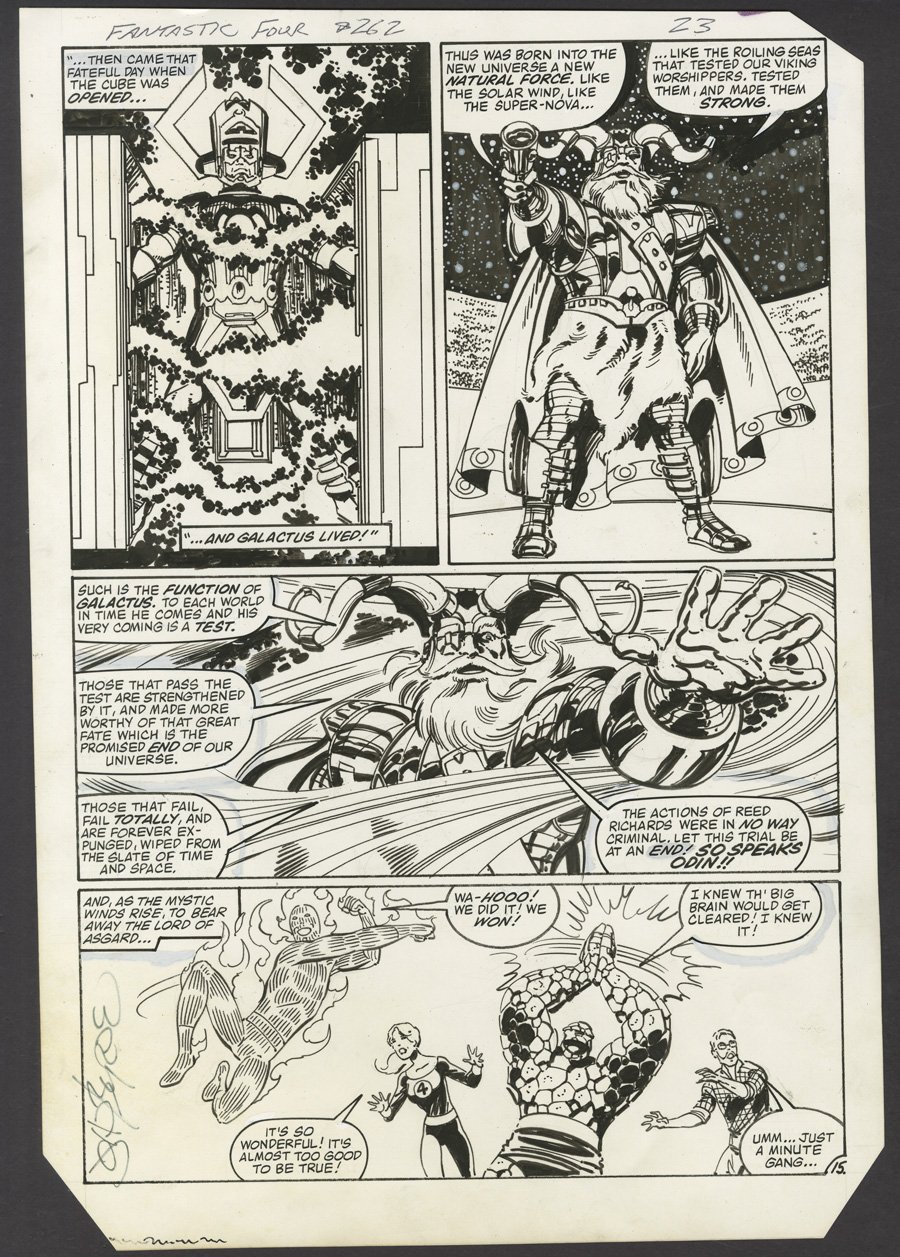 Watch
John Byrne pencils and inks; page 15; 1984; image size 10" x 15"Spectacular FF page featuring Byrne on pencils and inks! great images of Galactus, Odin and 3/4ths of the Fantastic Four, plus a cameo from Byrne himself. In this issue 'The Trial of Reed Richards', part of Marvel's Assistant Editor's Month, Byrne is brought by The Watcher to observe the cosmic trial of Reed Richards who has been accused of saving the life of Galactus and allowing him to continue to eat worlds. Pen and ink. Art is in excellent condition. Signed by Byrne.
Artist Information