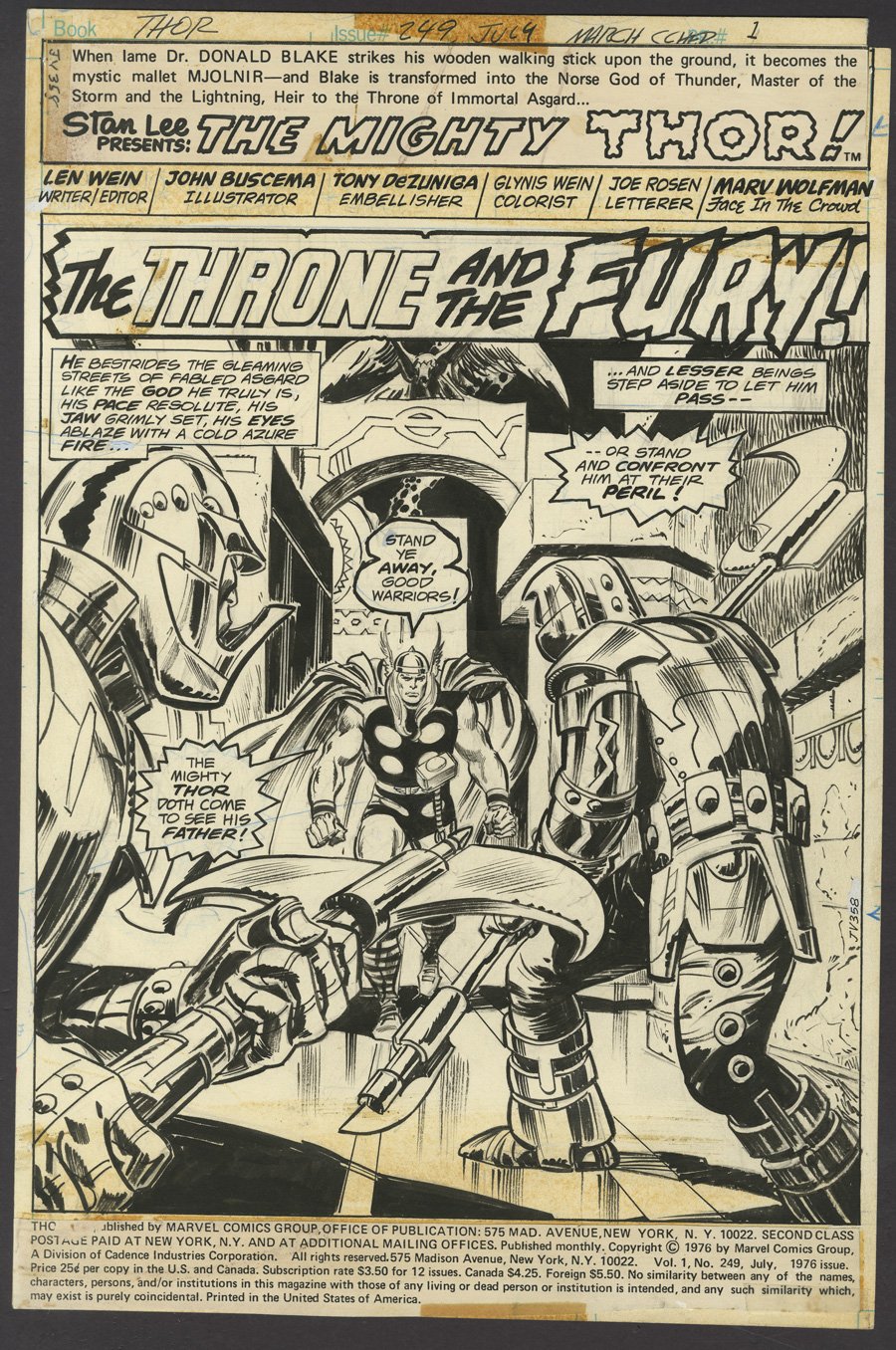 Watch
John Buscema pencils/Tony DeZuniga inks; page 1; 1976; image size 10" x 15"The guards of Asgard look on in terror as The Mighty Thor comes to pay a visit to his father Odin. Beautiful title splash by Buscema. Pen and ink. Art is in very good condition, there is some overall age wear and a light horizontal crease across the middle of the page.
Artists Information